Like a big dummy I went by myself to the current exhibition on at the Melbourne State Library; Love and Devotion: from Persia and Beyond.

The show is mostly illustrated books from the twelth century, protected under bullet proof glass.

At least I don't think it is. I didn't try to shoot through it. Although I bet I could if I'd wanted to.

Anyway, in reading through the twelth century books I learnt all about the exhilaration and extensive heartache of Layla and Majnun, or as 18th century poet Lord Byron described them, the "Romeo and Juliet of the East".

If you want to know more about Layla you can just listen to Eric Clapton. 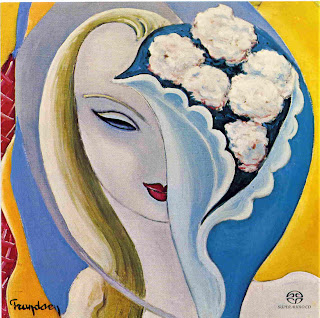 All these cool ancient tales aside, my favourite thing about the show was watching the husbands sitting and waiting while their partners enjoyed the exhibition, this seemed to me to be the biggest exhibition of Love and Devotion on display. 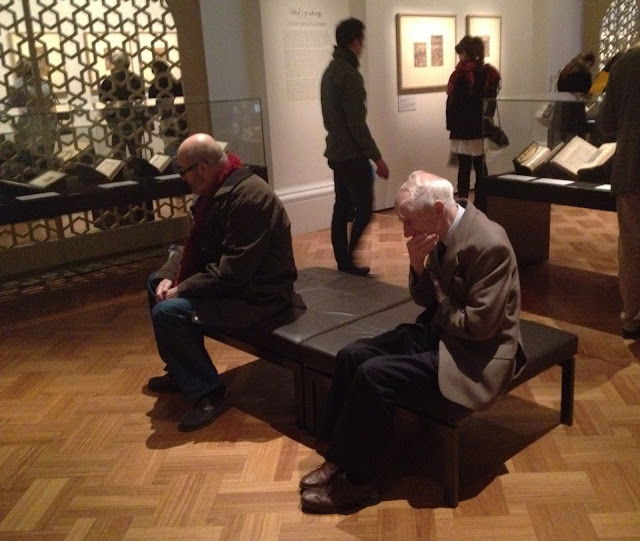 This man was my favourite. He waited the longest. 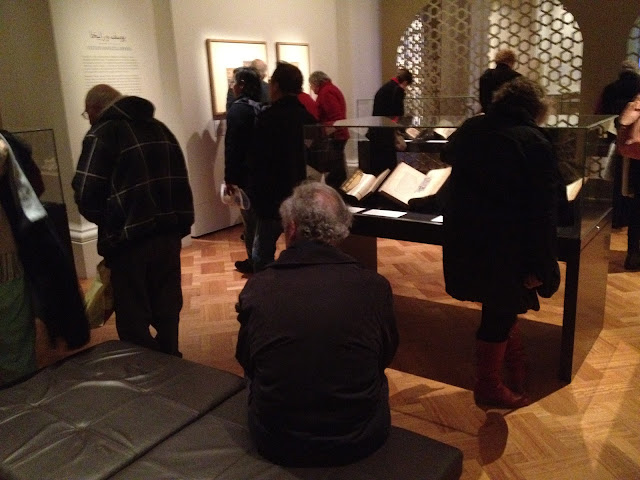 I started to draw him. 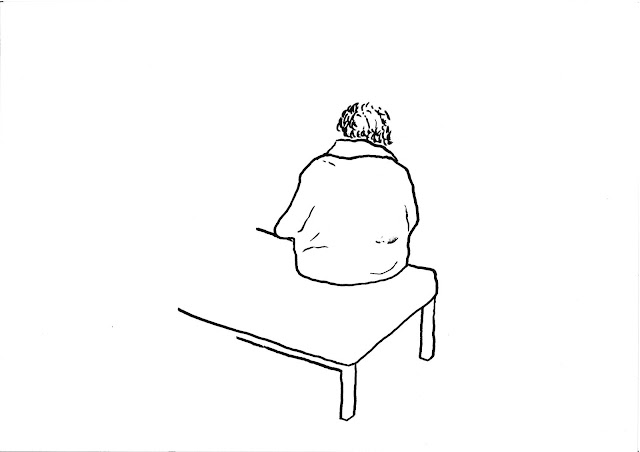 I wasnt finished, but before I could do any more his partner had returned. 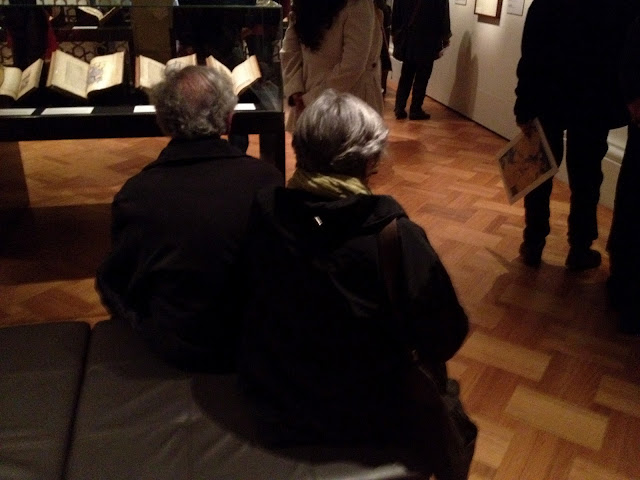 At this point it sort of occurred to me what a funny situation I'd found myself in.

It might've been because of the time of day I'd gone but the place was completely packed out, and with me as the only exception, everybody in there was paired off in two's. It was as if the gallery had been built by Noah.

Here's four couples I passed on the way out. 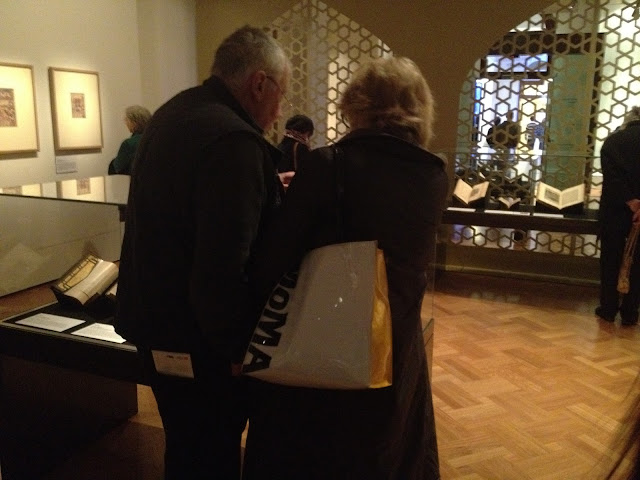 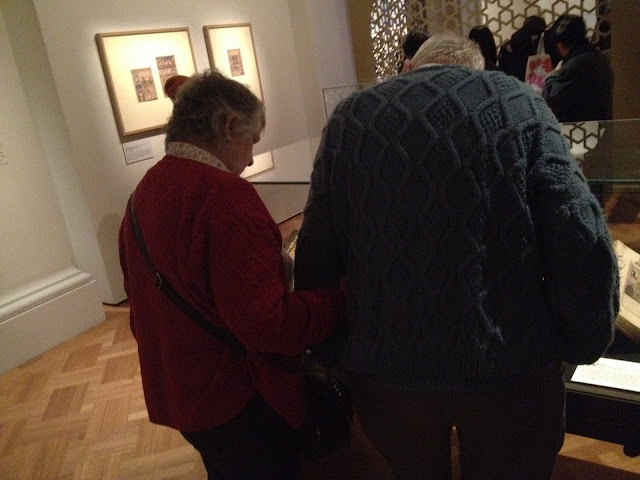 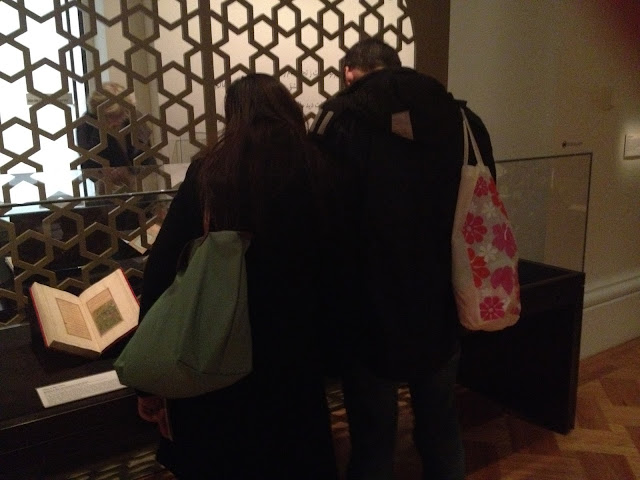 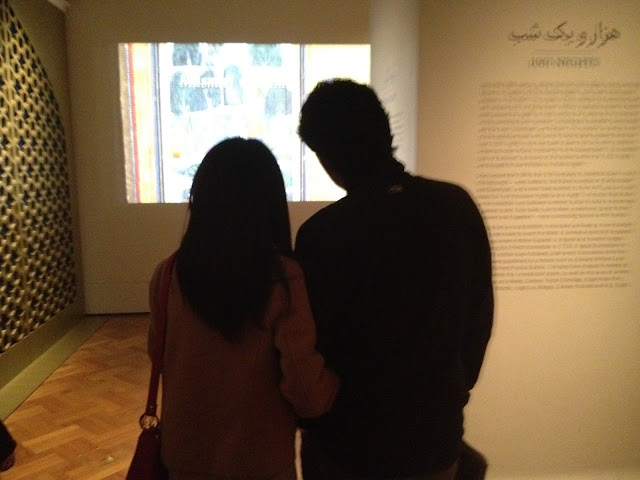 And here's me later on in a second hand store reading Dating For Dummies. 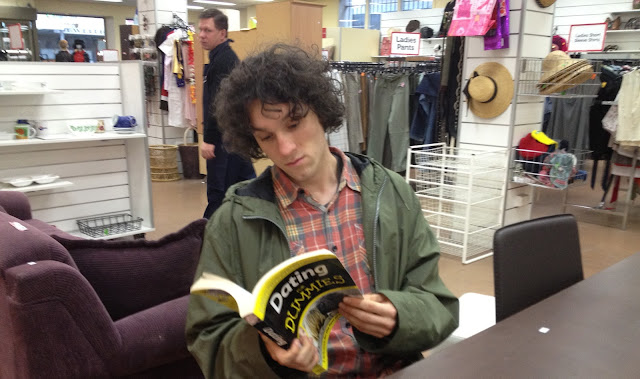 Perhaps in another 800 years from now the state library will hold a revised version of this exhibition, and even though Dating for Dummies isn't Persisan, my fingers are crossed that the curator will have the heart to also include this book inside one of the glass cabinets.

Obviously if the State Library does do that though everybody will try and steal it, my solution to this would be to use bullet proof glass.

Will we still have bullets in 800 years? Maybe. Although if we do hopefully the only place you'll be able to find them is in dusty museum cabinets under glass that you can shoot through.
Posted by kennypittock

Email ThisBlogThis!Share to TwitterShare to FacebookShare to Pinterest
Labels: drawing, Eric Clapton, Layla, Love and Devotion: from Persia and Beyond, Melbourne State Library