The show musk go on!

Hi, here's a drawing of a musk stick. 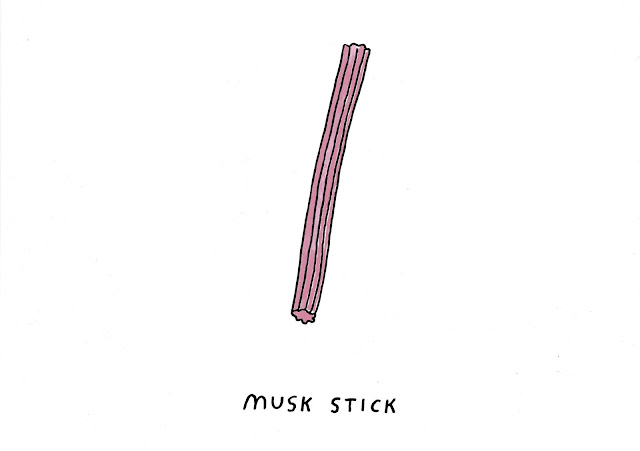 And here's a drawing of Elon Musk stick. 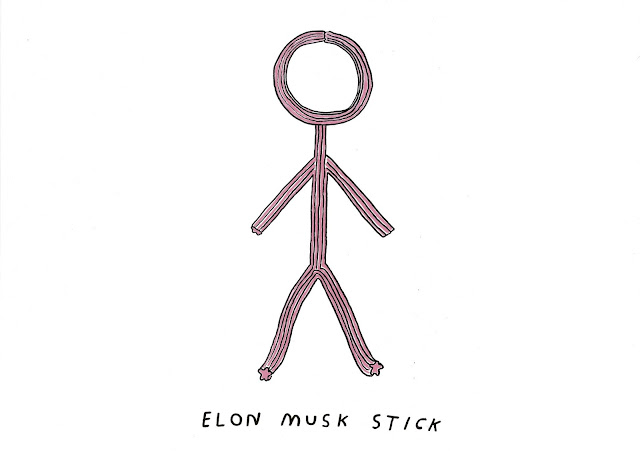 And here's a ceramic sculpture of Elon Musk Stick, riding a rocket to Mars. 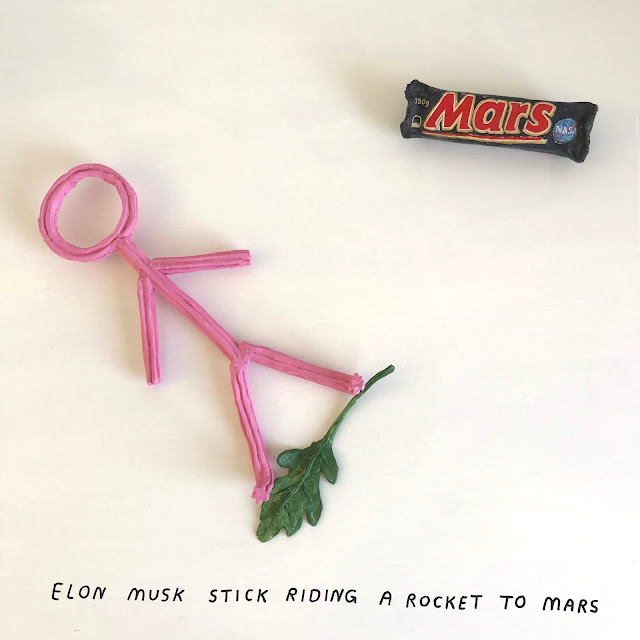 And speaking of Mars, in super exciting news I have a new solo exhibition opening next week on Thursday March 21, 6-8pm at Mars Gallery!

If you happen to be in Melbourne at the time come along!

The show's called Connector Pens Connecting, and is an exhibition of ten new ceramic sculptures, which are all connected by the theme connection.

A huge thanks to writer Andrew Stephens for this fantastic article about the exhibition that was published in The Age newspaper last Saturday.

(And a big thanks to the couple of people who saw the article and sent me nice messages!) 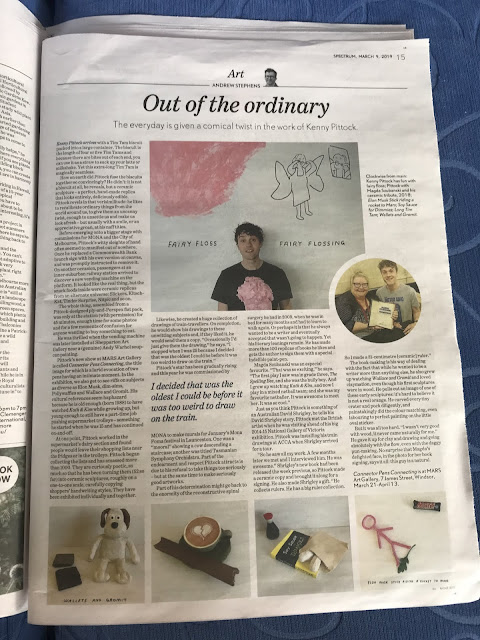 Fun fact- I've never eaten a Mars Bar. When I was five my brother lost a tooth from biting into one and ever since then they've seemed a bit scary to me. Twenty-five years later and I'm now so thrilled to be at Mars gallery exhibiting a ceramic Mars Bar, which if you bit into it would probably also leave you missing a tooth. 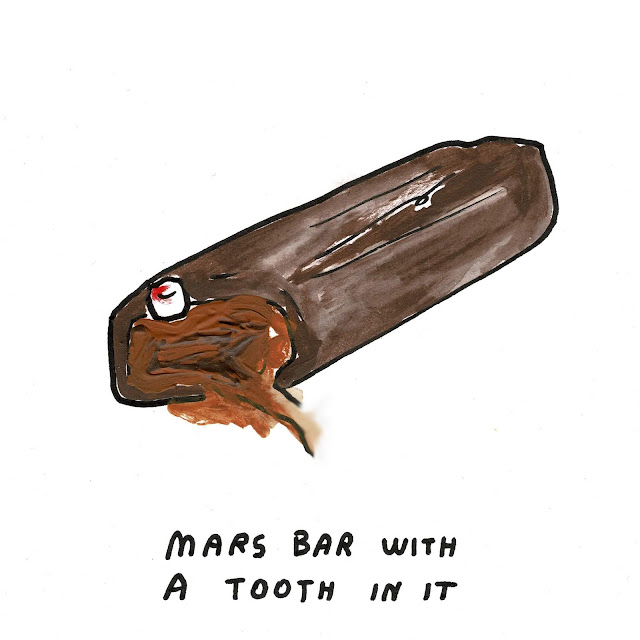 The exhibition is on until April 13, and the gallery hours are Tuesday to Saturday, 10-5pm.

Mars Gallery is located at 7 James Street in Windsor, in Melbourne. (Which is just near Windsor train station, on the Sandringham line.)
I'd like to acknowledge the traditional owners of the land on which the exhibition is taking place, the Boon Wurrung and Wurundjeri people of the Kulin Nation, with respect to their Elders, past, present and emerging.


Mars Gallery is fully wheelchair accessible with ramps at the gallery entrance and an elevator to get to the upper levels. 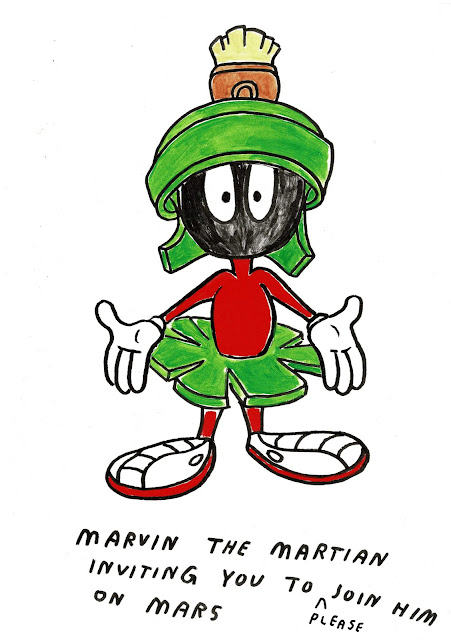 Thanks heaps for reading, hope your week is rocketing along nicely and hopefully see you next Thursday! 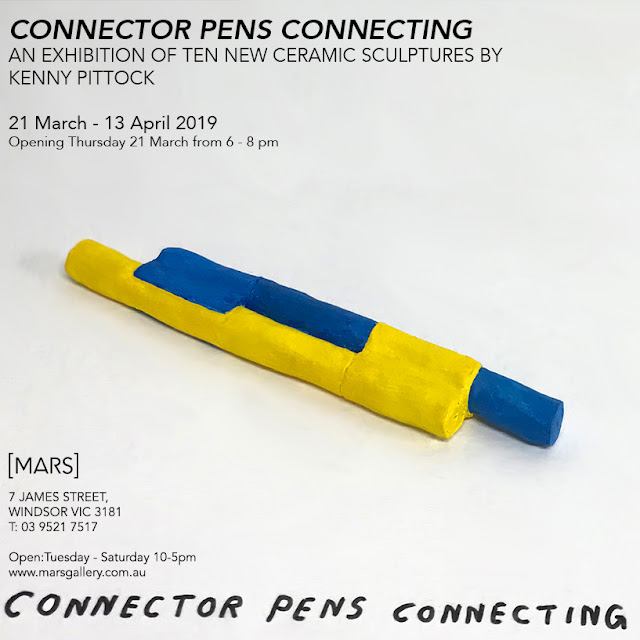 Home is where the art is

Hi, here's a new set of sculptures I made of my three favourite pigs- Piglet, Miss Piggy and Ham.

Titled 'Three Little Pigs', this piece is one of a few new ceramic works I've included in a group show opening this Thursday, March 7th, at Home@375 Gallery in Sydney.

The exhibition's on for a month until April 7th, and the gallery's located at 375 Bourke Street in Redfern. Gallery opening hours are Thursday, Saturday and Sunday from 2-5pm.

Here's another new ceramic work I'm presenting in the exhibition, titled 'Pollywaffle and bird named Polly in a waffle cone'.

I won't pollywaffle on about it too much but if you're in Sydney anytime during Art Month Sydney then come peck it out!!
I'd like to acknowledge the Gadigal people of the Eora Nation, the Traditional Custodians of the land on which the exhibition is taking place, and pay respect to their Elders, past, present and emerging.