On new years eve I worked my job collecting shopping trolleys when I spotted a car that had a number plate I could really relate to; 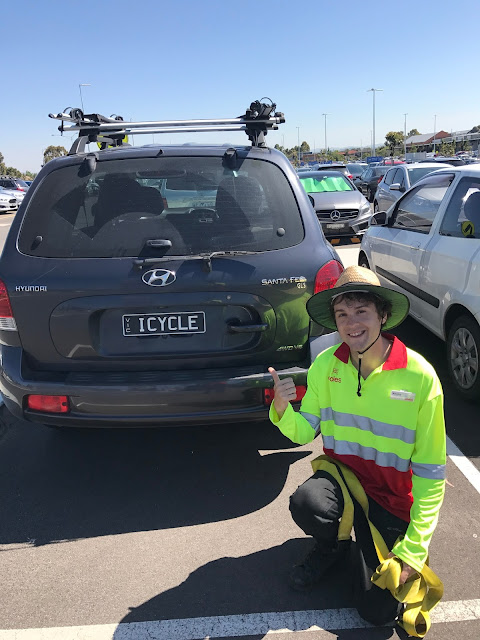 Yes it's true; now that I live on the Northside, I cycle... 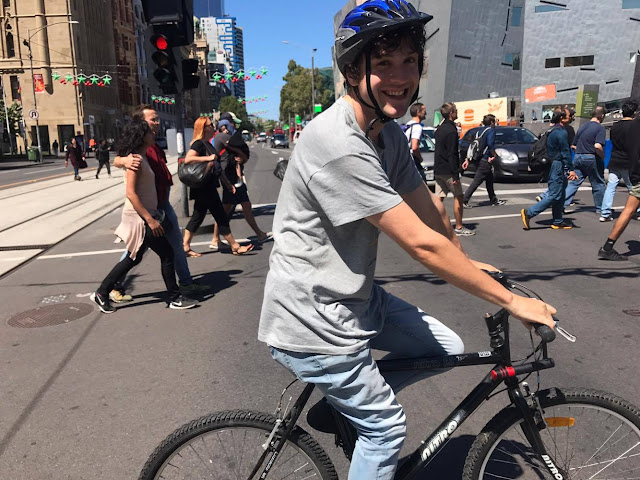 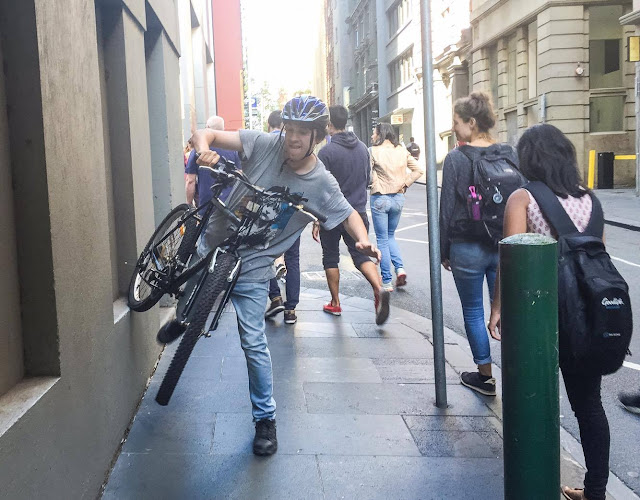 The bike was my Christmas present and it's so rad, I'd forgotten how much fun riding is. Now it's just a matter of time before I get car doored and I can really call myself a city kid.

The other present I got for Christmas was this thing called an Egg-Xite, used for cooking eggs in the microwave. 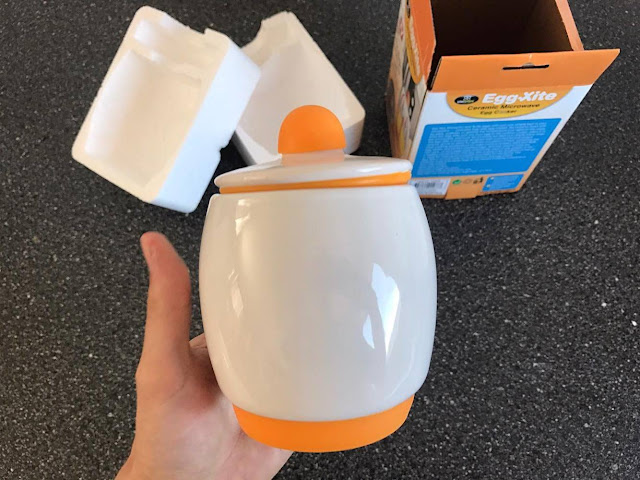 I'm not convinced about the Egg-Xite. For starters the pun in its name doesn't work; it should be spelt Egg-Cite.

One thing that really cracks me up about the Egg-Xite though is, well you know how some products have a thing on them that says "As seen on TV!" (which basically just means the company paid for an ad or an infomercial), well, the Egg-Xite doesn't even have that, it just says "TV". 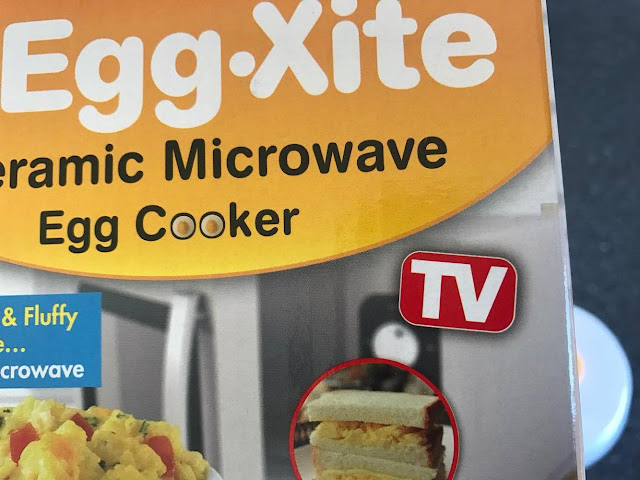 Anyway I love the bike. My Dad got it from the Trash And Treasure market for $30, which means technically you might actually be better off stealing my bike-lock than my bike. But please, if you're gonna steal anything from me, take the Egg-Xite.

And so yeah, now that I own a bike I guess it was inevitable that I'd eventually bump into one of my peers who also owns a bike; the 2011 Tour de France winner Cadel Evans. 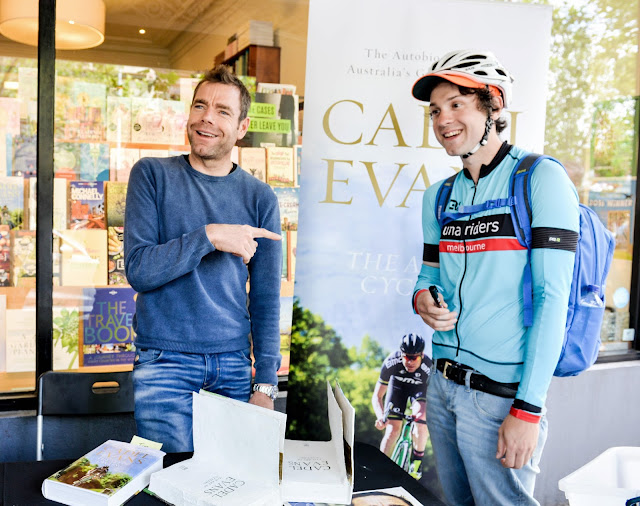 Here's a photo taken by my studio mate Sophie, it's of me making a sculpture of Cadel Evans' new memoir. 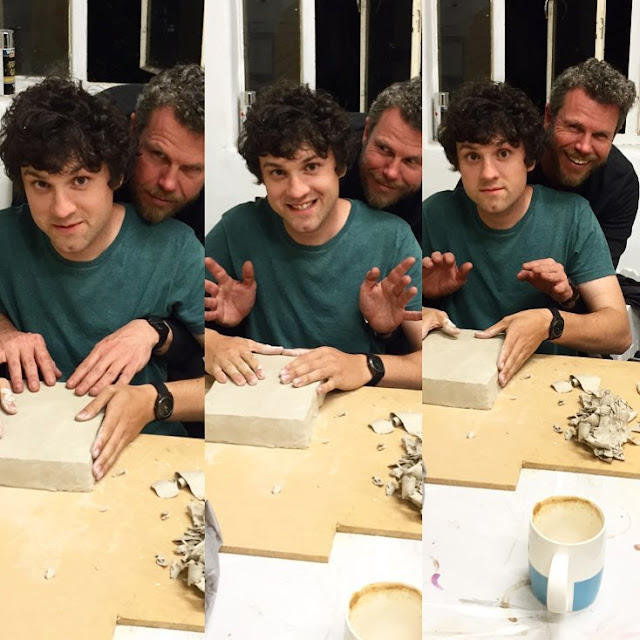 The photo also features Jason, a video artist I share the studio with, sneaking up behind me to re-enact that scene from the movie Ghost.

Jason told me that his good friend Mark is also a cyclist, and that a few years ago he and Mark were in an airport together in Dubai and they saw Cadel Evans. Apparently Mark asked Cadel for a photo but Cadel said sorry but no.

Maybe Cadel was busy, or having a bad day, or who knows, there's a million good reasons Cadel might not have wanted a photo at that moment, maybe his tyres were flat and he'd forgot to pack his favourite pump, but whatever the case Mark was disappointed he didn't get a photo.

So I asked Jason to send me a photo of Mark and I'd see what I can do. Here's what Jason sent me. 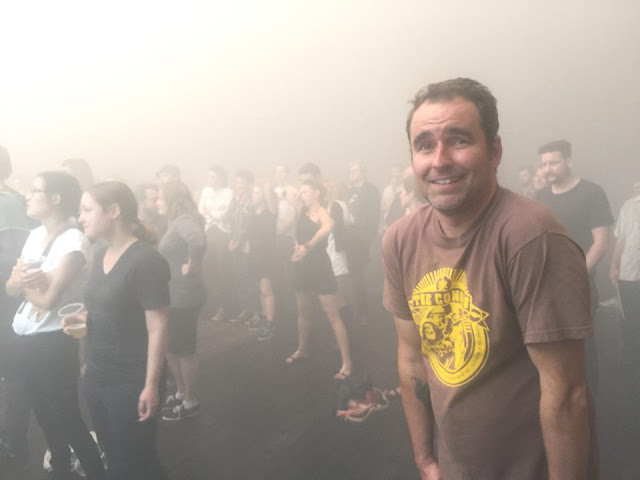 My favourite thing about this photo is the awesome woman in the centre of it who's doing the robot.

Working for a supermarket I see first hand that robots are taking away our jobs, so it's only fair that we fight back and take away their dance moves.

Anyway so I cropped the image and printed it out and then when I met Cadel I told him how Mark was a big fan and would seriously love a photo...

and so yeah, here's a photo of Cadel and Mark. 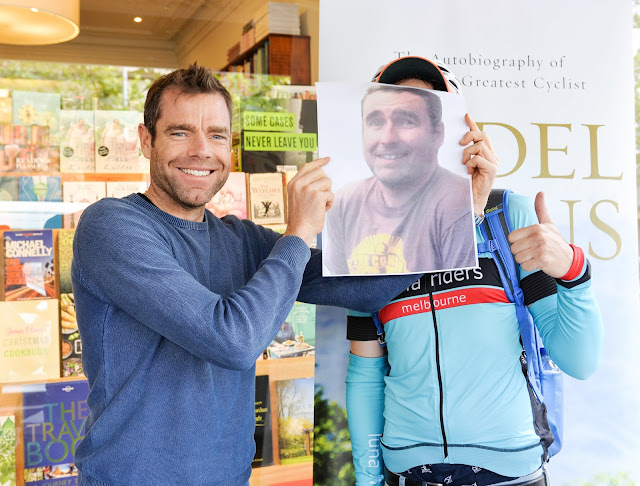 Cadel was also kind enough to sign not one but two ceramic sculptures I made of his new memoir. 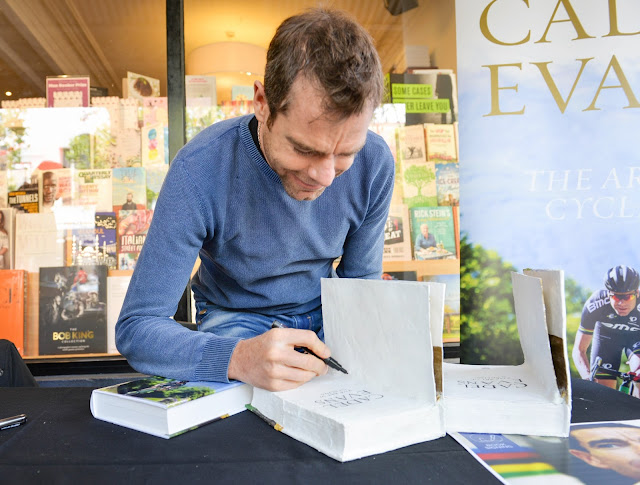 The reason I made two sculptures of this book is so that one could go into my collection, (AKA sit on my bookshelf), and the other I was thinking could possibly go into a new exhibition I'm about to have that opens in Singapore this January 10th. 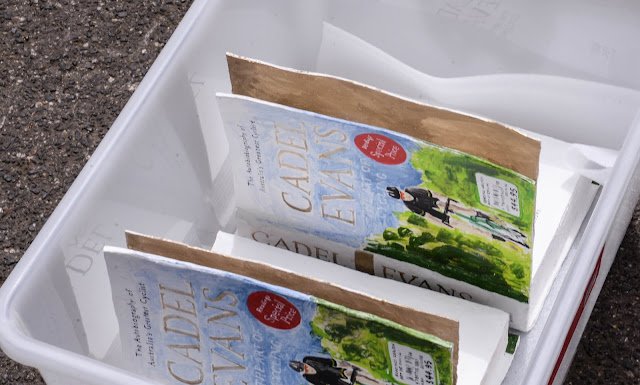 But so yeah, in really amazing news, in a few days I'm flying to Singapore for a solo show at Chan Hampe Gallery! The exhibition's titled 'She smiled at me', it's curated by Khai Hori and goes from Jan 10 until Feb 9. The opening starts at 10pm which is pretty different and makes me feel like a cool DJ. 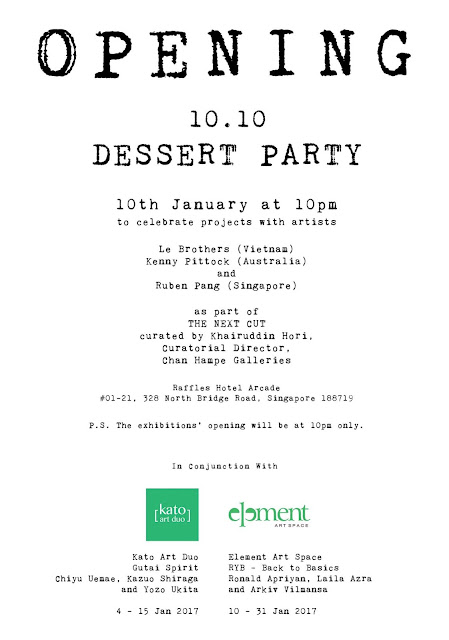 Here's a ceramic sculpture I made of one of the library books I've been reading in preparation for the trip: 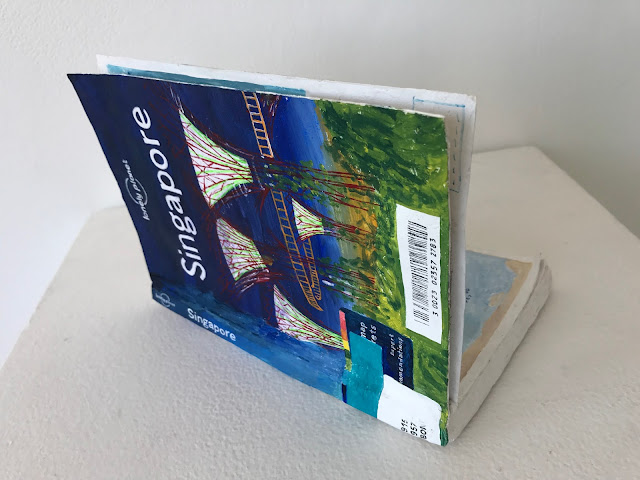 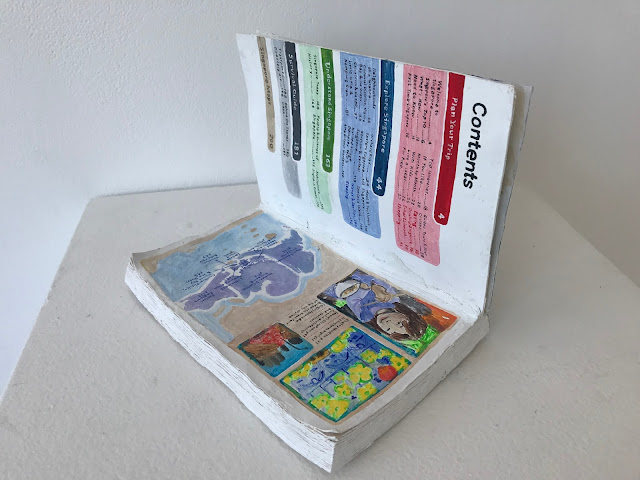 Thanks a bunch to Channel News Asia for including me in the list of "5 unique tours to check out at Singapore Art Week 2017". You can read that by clicking anywhere on this sentence.

And so this feels like a surreal thing to say, but if you do happen to be in Singapore this month then please check out my show, and if you wanna meet up somewhere for a chili crab or a flat noodle then definitely let me know! 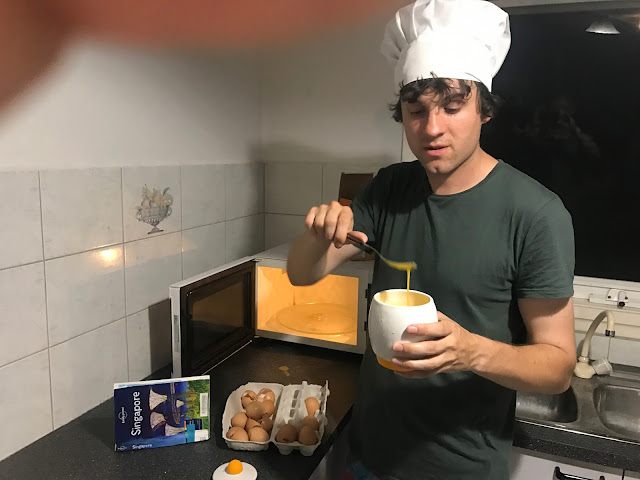 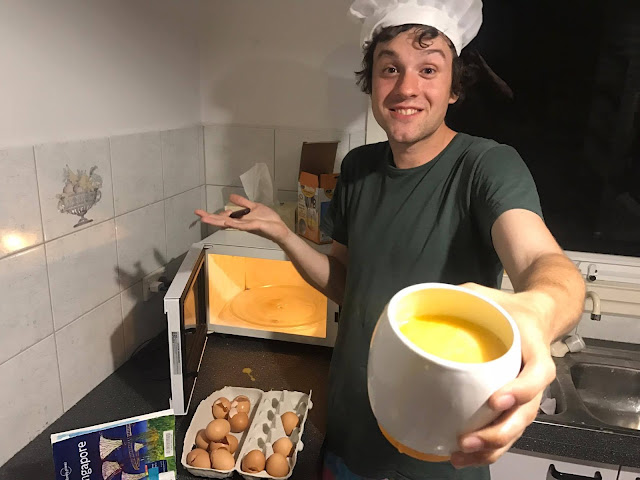