Blink and you'll miss it

I went along, and with help from my amazing friend Cherie Peele, had the intention of filming 182 people blink.

When I came up with the idea I didn't realise how big a job it would be. 182 is a actually a lot of people.

We were working the entire time we were there, it was exhausting and I lost my voice from trying to explain what we were doing to people over the music. But Dammit, we did it.

(That's meant to be a very clever and funny joke, because Dammit is the name of a Blink 182 hit single).

Asking someone to blink, just once, on film, was such a funny thing to do, for everyone involved.

Here's the video, hope you like it.
I think ideally this piece, 182 People Blinking at a Blink 182 Concert, follows a similar philanthropic investigation into contemporary life as Andy Warhol's Screen Tests, exploring just how much of a persons character can be revealed in a mere two second blink.

Despite this piece being entirely based on a pun, thanks to all of the incredible people that we met over the day I think Cherie and I ended up with something pretty cool that.

Thanks for watching, let me know what you blink of it.
Posted by Kenny Pittock 2 comments:

All you need is glove

Hey, how're you? A couple of weeks ago I was lucky enough to get to do a days work at Third Drawer Down, easily one of the coolest stores I know.

(I hope using the word coolest didn't sound too dorky).

Basically the first thing they gave me when I went in was a pair of gloves coated in a thick orange latex, and I was asked to make a label for the product advertising them as "Hand Job Gloves".

So I worked on a design and came up with a catch phrase, and here's the result. 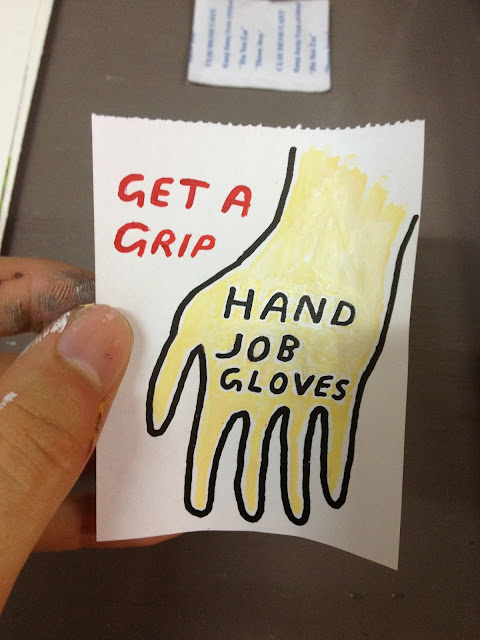 And now you can go to the store and actually buy the gloves. 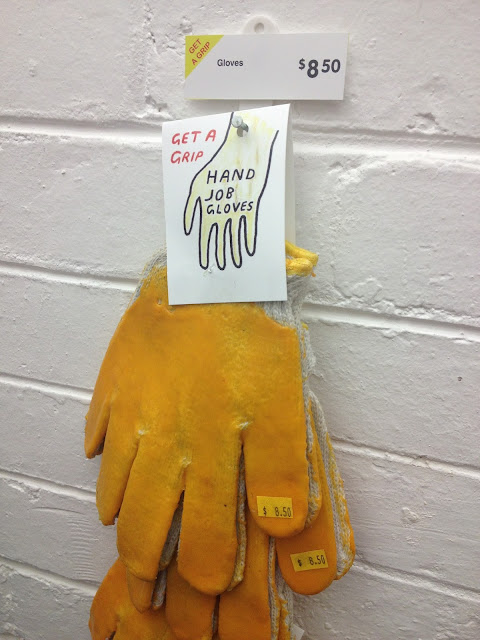 How rad is that?

Here's someone taking a photo of them. 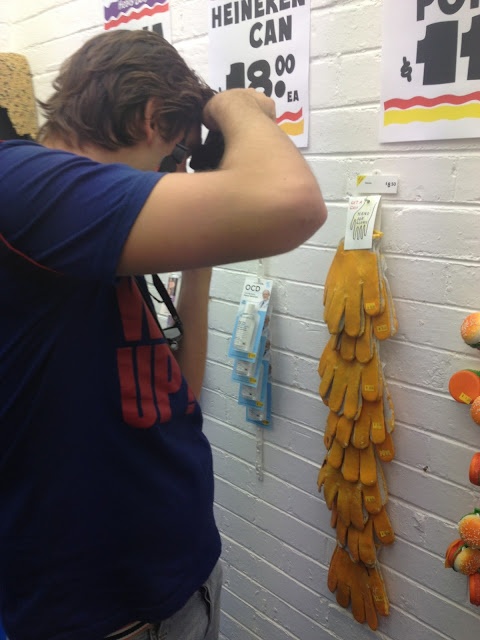 The next thing I made a label for was a bottle of 1.25 litre Homebrand Diet Lemon and Lime lemonade.Here's a photo of the little painting desk setup I had going, and as you can see the name I came up with for the product was Diet Frothing Fizzy Fatty Filler. 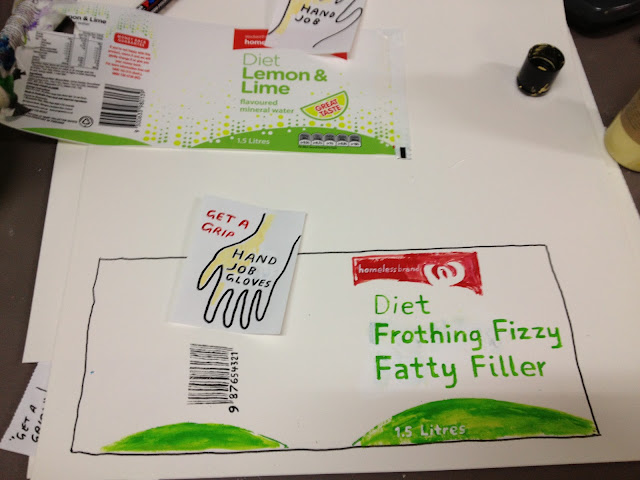 And once again the end result is now available from the store. Far out. 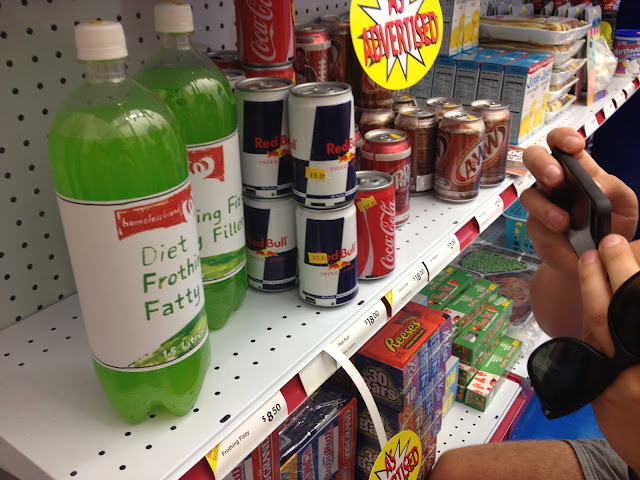 On the packaging I listed the ingredients for Diet Frothing Fizzy Fatty Filler as Froth, Fizz, Fat and Filler, and I spelt ingredients with the word greedy in it. 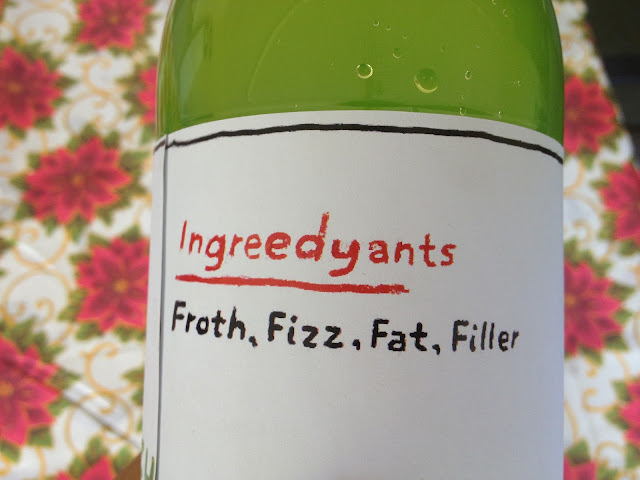 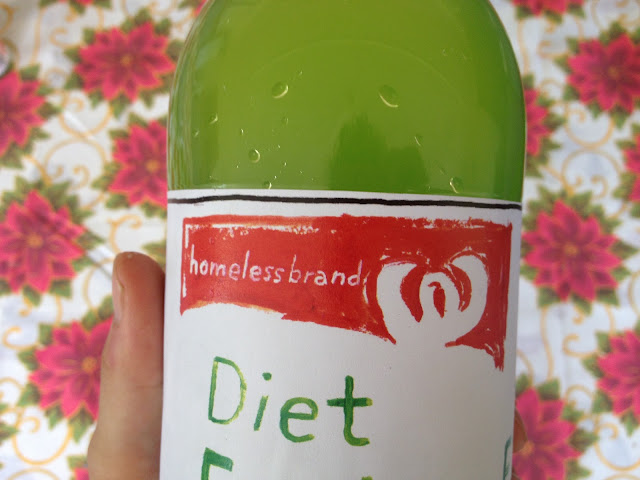 This piece is probably my favourite from the day. It was so cool holding the finished bottle. 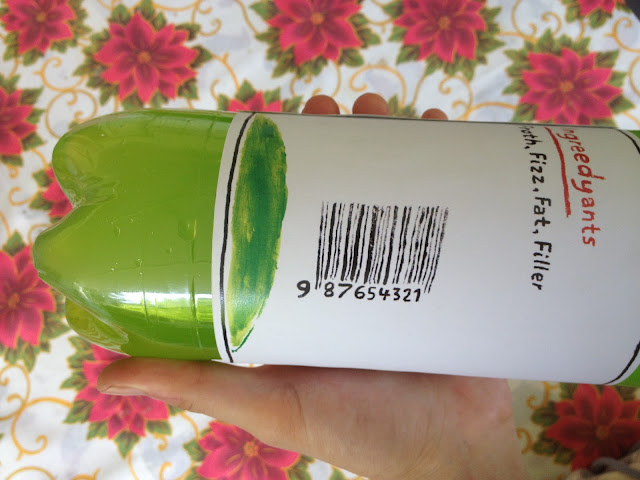 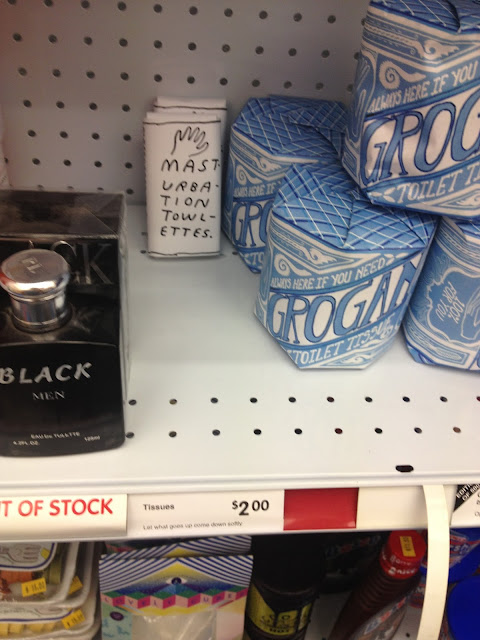 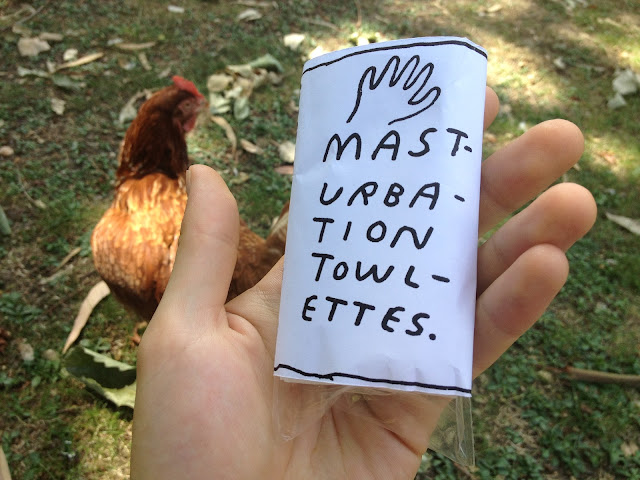 And on the other side of the packet here's my tag line for them. 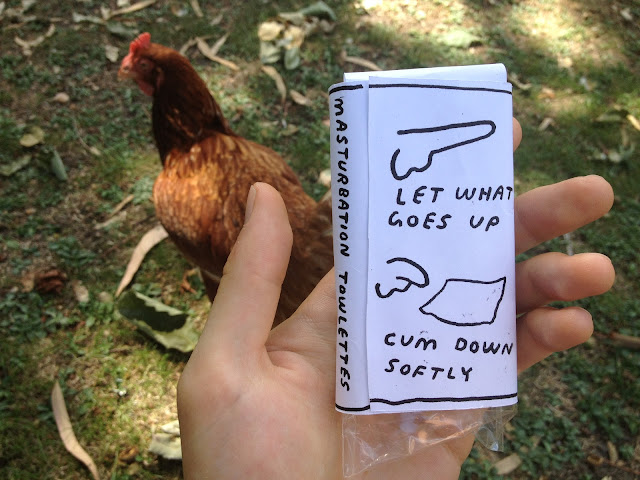 I also painted the "water" and logos on these Egg and Pickle jars. 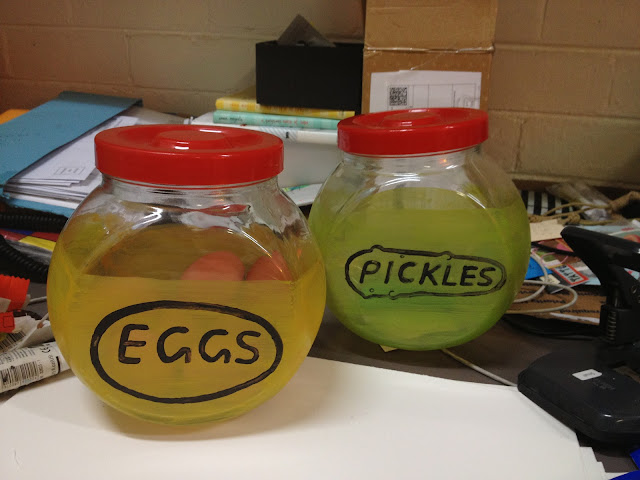 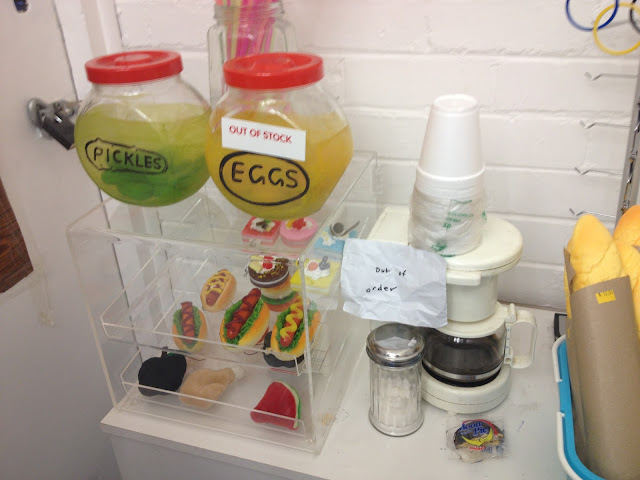 These works were all made to contribute to an opening that took place two Saturdays ago, to celebrate Third Drawer Down launching a new gallery space in the back of their store.

At the launch they had a marching band, a popcorn machine and a best dressed dog show. 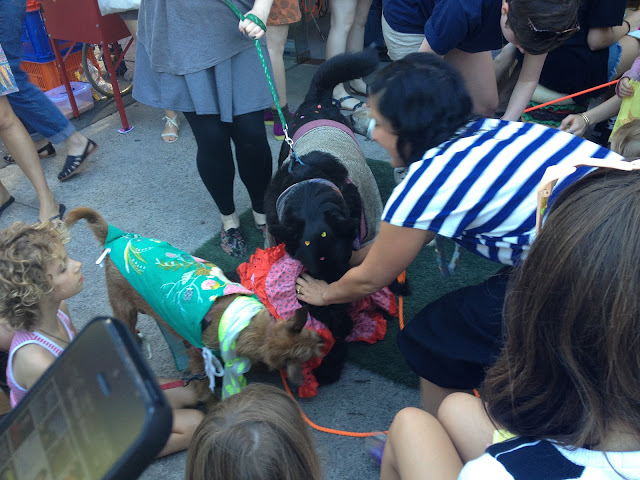 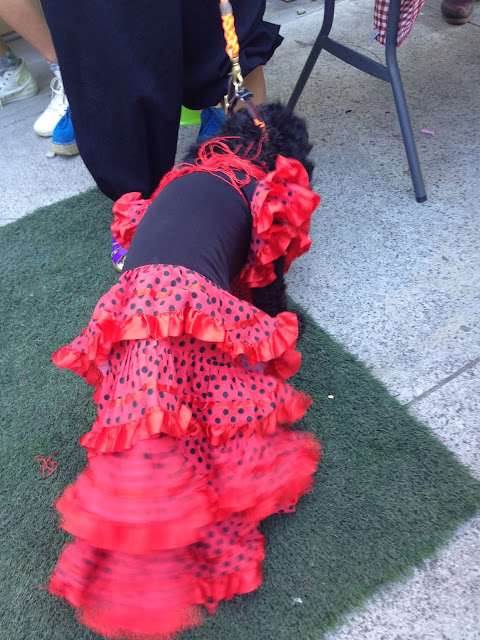 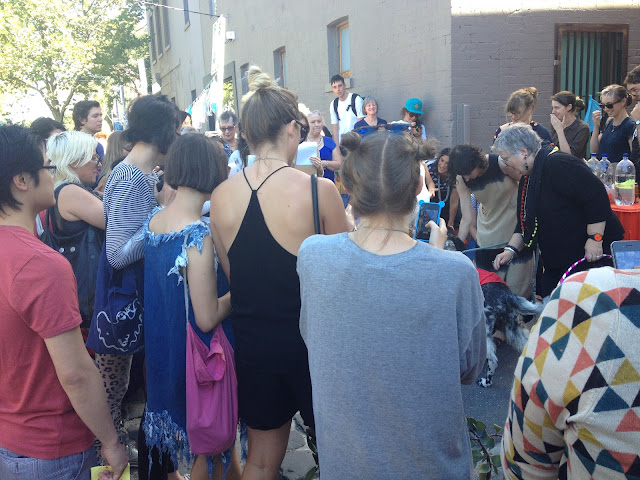 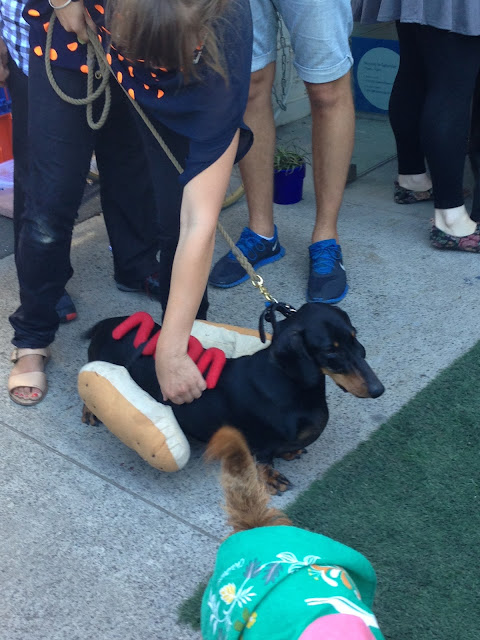 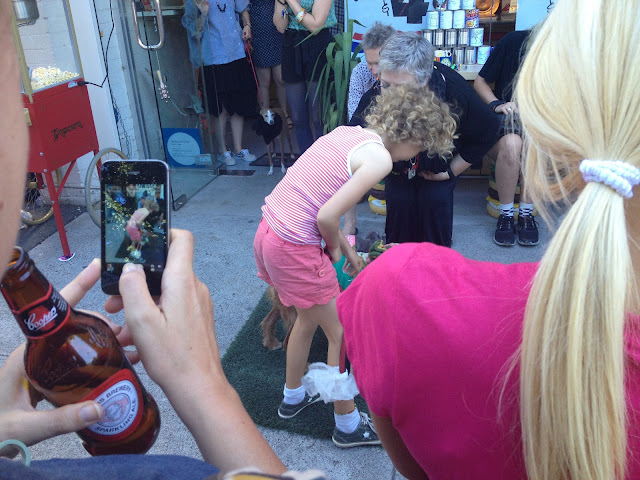 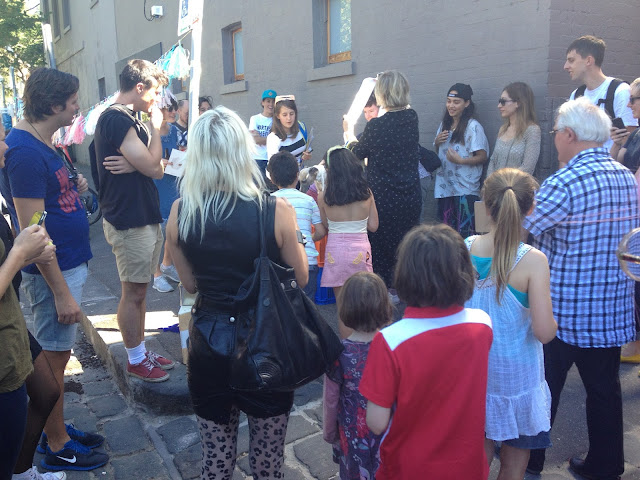 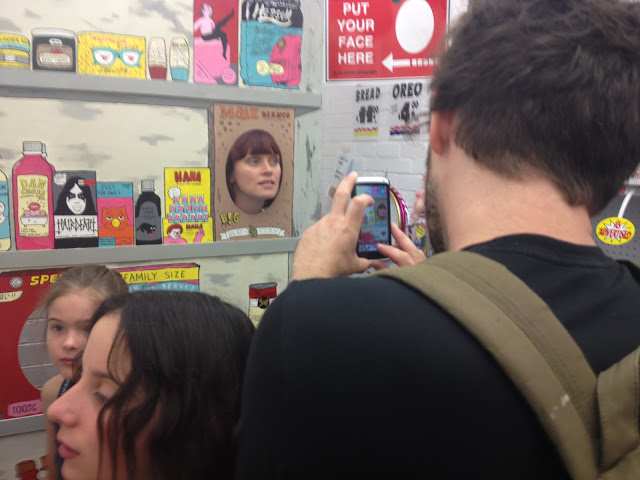 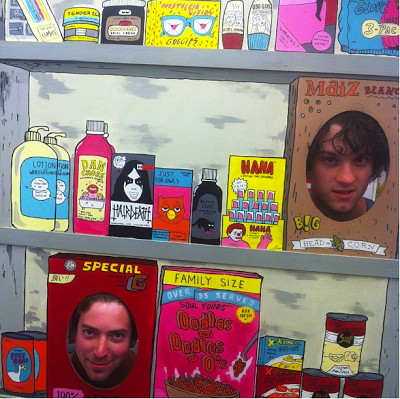 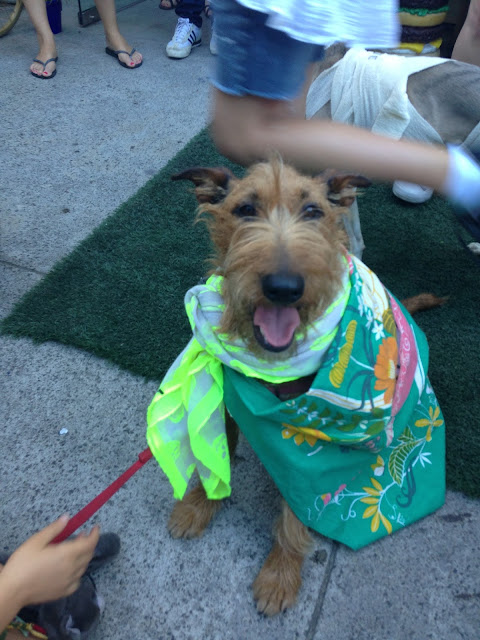 On the way home from the launch I took my bottle of the Fatty Filler into Woolworths to take this photo. 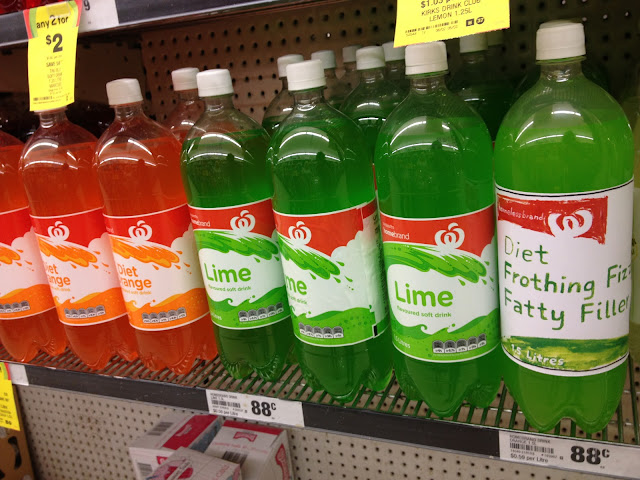 Chicago Bulls basketball superstar Dennis Rodman happened to be in the supermarket while I was taking the photo. Here we are together as he's shopping for deodorant. 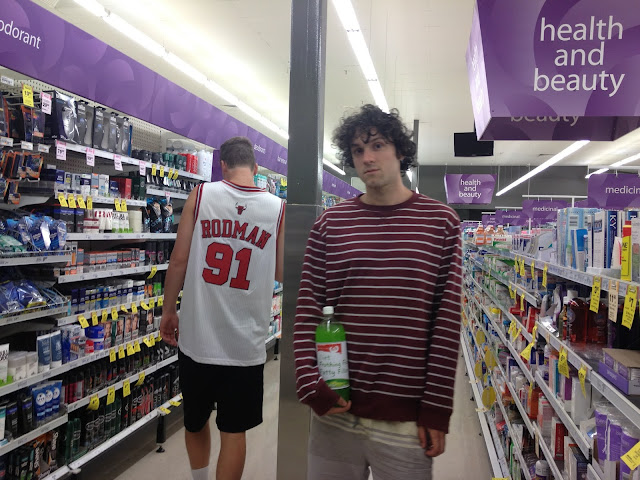 Doing this kind of work obviously ties in pretty nicely to the stuff I usually make. I mean, there are a couple of pretty distinct differences between this and what I normally do, but even with these differences I still definitely consider this work an equally valid extension of my practise.

It was really challenging working with the pressure of coming up with an idea and then immediately making it within a very small amount of time, but I found the whole process extremely fun, satisfying and exciting.

Basically I would love the opportunity to try more of this kind of work, it fit like a glove.

You've gotta be Jewel to be kind

Hey good looking, thanks for stopping by.

This is just a quick post to ask you nicely, if you're in the area, to please stop by Melbourne Uni this week, find The Old Jewellery shop, and you might be able to see a little bit of my work in their collection. 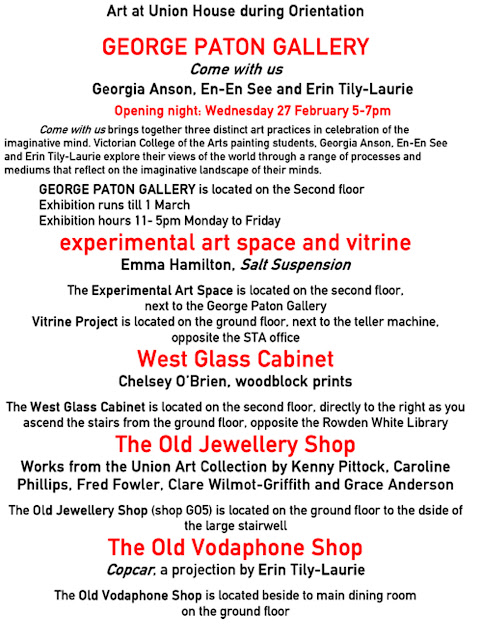 I don't know much about The Old Jewellery Shop, all I know is that Jewel is meant for me.
Posted by Kenny Pittock No comments: