A Stroke of rap Genius

Basically the site is a data base of lyrics to rap songs, and when you click on any line from a song it provides an explanation of what that line means. A bit like how you're taught to break down poetry in high school.

Now just when you thought I couldn't get anymore gangsta, here's something cool my buddy Dan noticed the other day.

If you go on rapgenius and look up the song Picasso Baby off of Jay Z's new album, and you go to verse two and click on the line


Hova gets away from the MoMA and moves to something more European: The Louvre is Paris' greatest and biggest museum, it contains masterpieces from various ages, you can find the classic works of Leonardo but also some Romanticism with Delacroix and Gericault.

After that there's a photo of the Lourve, then it continues;


The Tate Modern is based in London, it’s not the biggest art gallery in town but it has the biggest modern art collection in the city including a Rothko which was tagged/vandalised in 2012.

And then after that, guess what, there's a photo of me. 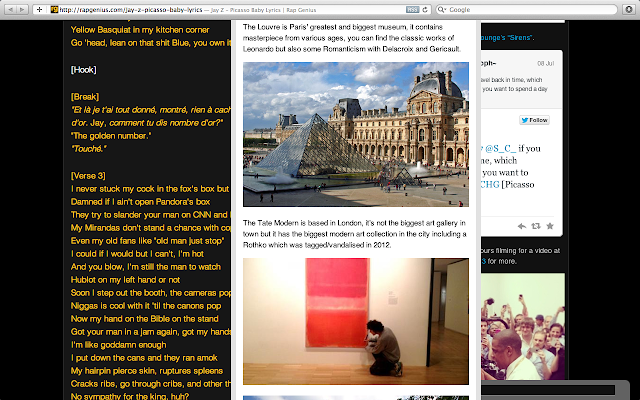 The photo is from when I pretended to tag the Rothko at the National Gallery of Victoria, just to kind of see for myself how easy it would be to do. It was taken the day a Rothko at the Tate Modern was actually tagged.

(Click here if you wanna go back and read what I wrote about it on the day.)

Rothko paintings themselves are actually mentioned in the first verse of Picasso Baby, in the line;


'Would you rather have a Rothko or a brothel?' is a pretty fun hypothetical. If you've got a good answer please let me know.

Rapgenius explains this line with "Hova, who has mentioned Rothko several times before, counts him as one of his favourite painters, and has some of his work hanging on his walls." It then goes on to say that Hova, (A.K.A Jay Z), (A.K.A Shawn Carter), doesn't really know what he wants, he just knows he wants more.

It reminds me of one of my favourite lines from the sitcom Frasier where when Frasier is asked "Haven't you ever heard of less is more?", he responds "Yes but if less is more then just imagine how much more more would be".

Rapgenius finishes the Rothko/Brothel explanation by suggesting that brothel is a nod to Picasso's Les Demoiselles d'Avignon, a painting very famously of five nude female protistutes.


Here's a pretty good meme I found of the painting that seems appropriate given that Beyonce is currently in Australia, and also because she's married to Jay Z. 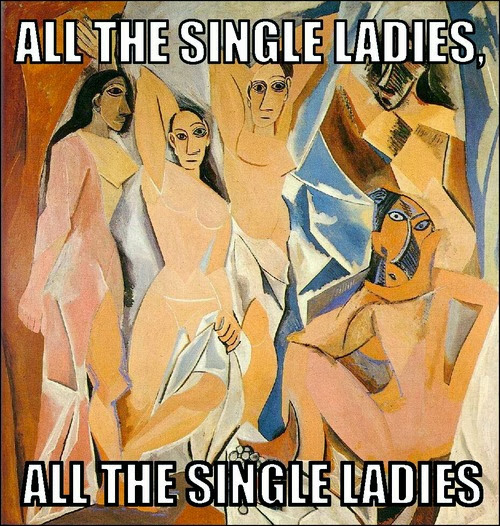 But so yeah, in the second verse of his new song Picasso Baby, Jay Z compares his house to the Lourve and the Tate Modern because of the amount of art he owns.

And sure, it seems Jay Z probably likes saying that he owns a Picasso a lot more than he likes looking at a Picasso, (which is especially clear at the end of the second verse where he says to his baby "Go 'head, lean on that shit Blue, you own it"), but that's ok, because he's Jay Z and he's great.

The painting is better off being publicly leaned on by Jay Z's baby than being hidden away in some Japanese storage unit like so many of Van Gogh's paintings. Well, maybe it's better off, I don't know, maybe not.

Anyway really I think the main thing to take away from all of this is that I'm on rapgenius.com

Pretty great huh, it's like I've always said; the best way to explain a new Jay Z song is with a photo of me.

Other songs off Jay Z's new album include "Heaven" and "Holy Grail". Hopefully when rapgenius is looking for images to illustrate what those songs are about it'll use more photo's of me, like maybe this one, taken by my brother back on Christmas day when I was either 14 or 15, wearing an Elwood visor, a big dumb chain and a Champion jersey, and eating a red icy pole. 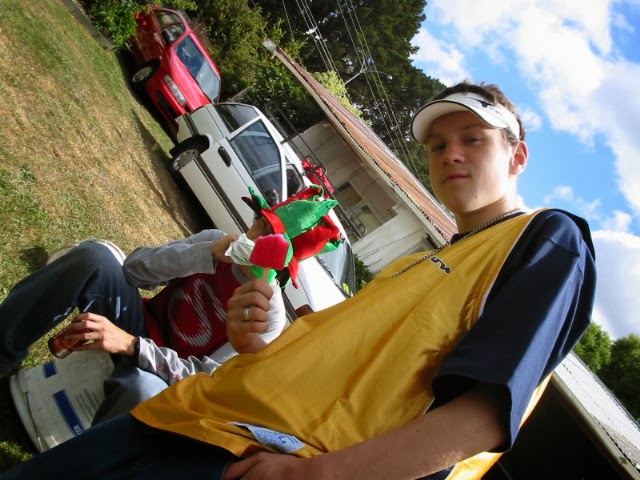 Hey freestylers and doggy paddlers, how've you been? I just wanted to say hi and share with you the very good news that yesterday I submitted my Honours thesis. I worked really hard on the thing and it's good to see it done.

I'll talk more about it soon but for now I'm going to enjoy this nice afternoon and go float around the pool.

In the meantime though here's a drawing I did at the pool all the way back in 2010. 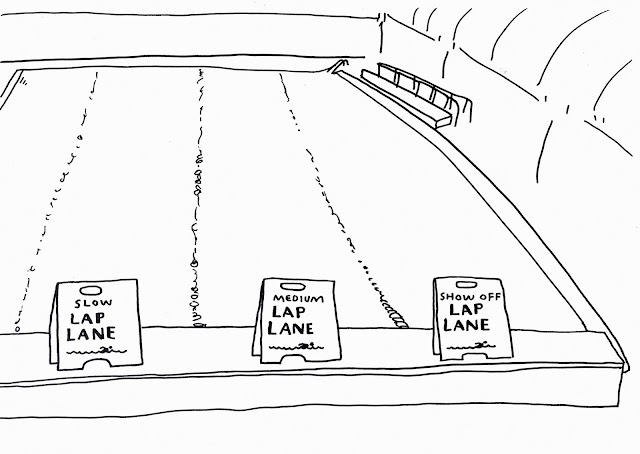 Anyway I'm off to make waves, sea you soon, hope you're day is going swimmingly.
Posted by Kenny Pittock No comments: