A slipper the tounge

#1 Hot Tip For Staying Warm This Winter
If you're in Melbourne then drop by the Queen Victoria Market, they have heaps of good quality slippers for only $25.

Before you go to sleep, take your new slippers and slip them onto the paws of the nearest sleeping cat. Now all you have to do is wake up earlier than the cat and you can start your day off right wearing some toasty warm slippaws. 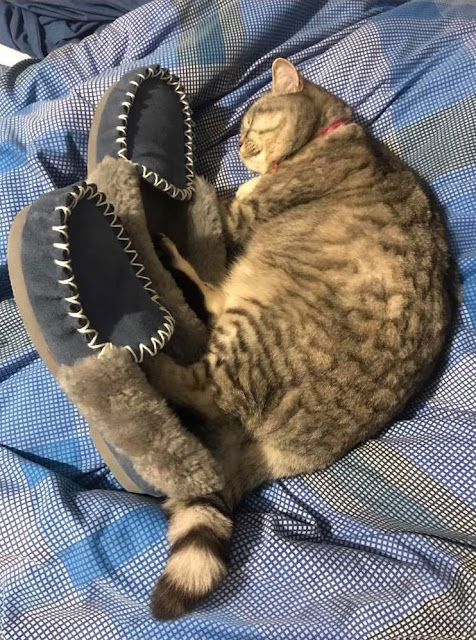 Be warned though, the temptation will be to take this a step further and also warm up your hat and mug handle. 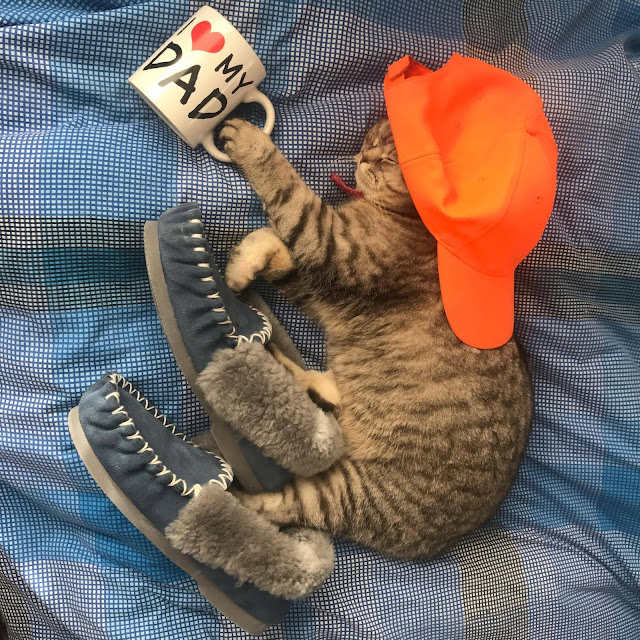 But enough about Melbourne and cats, let's talk about Sydney and dogs, because my number 3 hot tip for staying warm this winter is to please check out this group exhibition I've got work in called "Every dog will have Its Day", curated by Sophia Cai and Kathleen Linn and presented at the Casula Powerhouse Arts Centre.

For the show I made three new dog themed pieces, one of which being a ceramic hotdog. Here's the claydog in progress.
And here it is looking seedy and saucy, hanging on the gallery wall.
In more exciting exhibition news; I've actually got work in 4 other group shows that you're very much invited to please check out...

First up, "You're my Number One" is still on at Firstdraft gallery in Sydney and finishes this Friday. The curator of the exhibition Talia Smith is giving a floor talk tomorrow evening (Thursday 27th) at 6pm so you should totally drop by for that if you can.

Next up I'm in the first group show at True Estate gallery at 134 Lygon Street. The show's called Open House, and curated by Beau Emmet and Elvis Richardson. The opening is this Tuesday, August 1st and then running until September 4th. The show's about what made us the artists we are today, and for this show I'm really excited to be exhibiting a drawing I made way back in 1998 when I was in grade four.

Here's the flyer with the complete artist list, should be rad hope you can check it out. 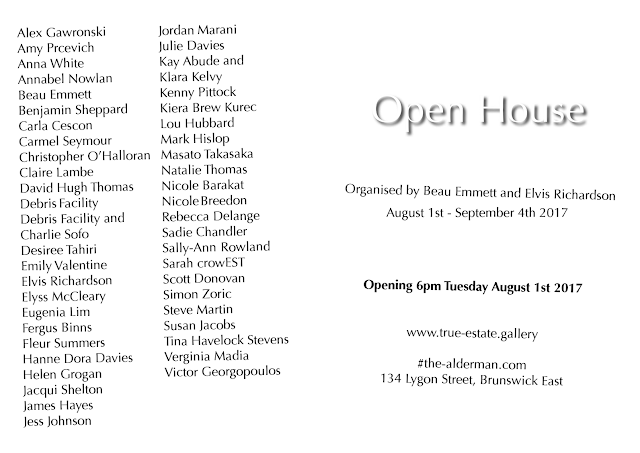 Thirdly, I'm in a show at Lamington Drive gallery, (52 Budd Street in Collingwood). The opening is next Wednesday, August 2nd, from 6-9pm, and it then runs until Saturday August 19. Also exhibiting in this show is Susan Robey, Madeleine Thornton-Smith, Tai Snaith, Andrei Davidov, Mechelle Bounpraseuth and Dawn Vachon.

The exhibition is basically a hot pot of local artists who sometimes work with ceramics, and it's called "Cooked". 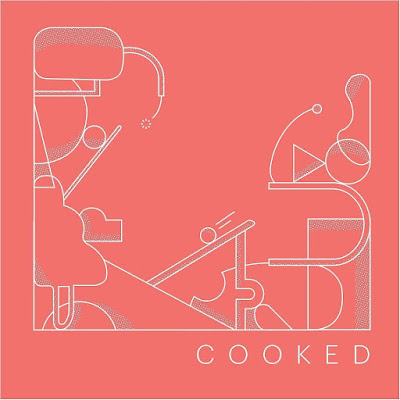 And last but not least I've got a new sculpture and some of my self published books in an exhibition called "Self Made; Zines and Artist Books" at the State Library of Victoria.

The exhibition is curated by Monica Syrette and runs from Friday August 11 all the way until Sunday November 12th. For more details about this one just click here. 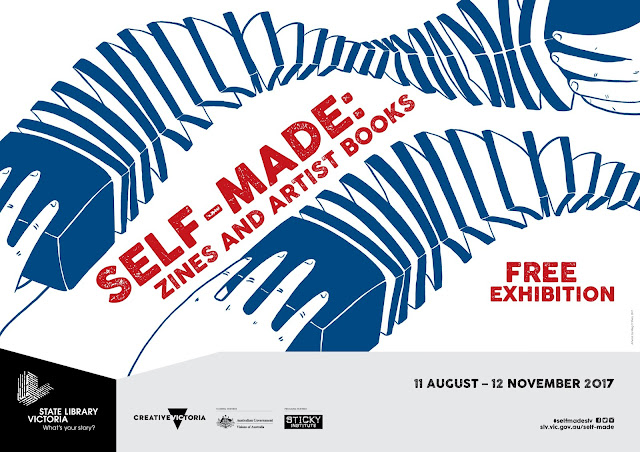 And so yeah, hopefully you get a chance to slip on your slippers and check out one or maybe even all five of the exhibitions I've just mentioned, and if you'd like any more info on any of them definitely don't hesitate to send me an email or to shout at me from across the street.

Most importantly though thanks heaps for reading, hope you're having a nice week, and just for fun here's a drawing I did of two puppies that I saw today. 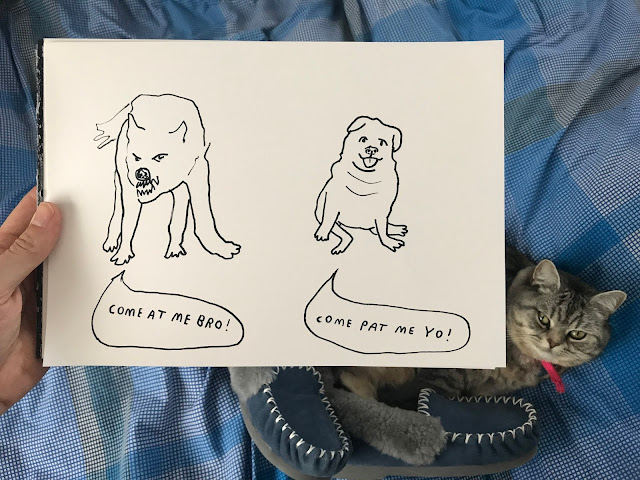 why did I write hello twice? Because I have two things to share!

first up, if you're in Sydney, (or going to be in Sydney at some point this month), I've got a new series of work in a group exhibition that opens tonight, 6-8pm, at Firstdraft gallery.

The show runs until July 28 and has been expertly curated by Talia Smith. The show's called "You're My Number One" and basically it's a collection of works that play around with celebrity, fandom and popular culture, with humour and heart, bringing together artists from Thailand and New Zealand as well as Australia.

Click here for a link to the website Concrete Jungle where they have a list of "ten shows in Sydney this month that will drag you in from the cold", because in awesome news; this exhibition was put at number 3 on the list!... (ha, although surely they should've put a show with the title "You're my number One" in at their number 1.)

Ha, but so ok, that was the first thing, really hope you get a chance to see this show. The second thing I wanted to quickly share is here's a few photos of a mural I've just painted in a new carpark they're building at the Clayton campus of Monash Uni. The mural's called "Murals Wedding" and it's made up of forty something different paintings all mingling together by the elevators.

A huge thanks to the team at MUMA (the Monash University Museum of Art) for this incredible opportunity, it was so much fun and I loved getting to paint on this scale. 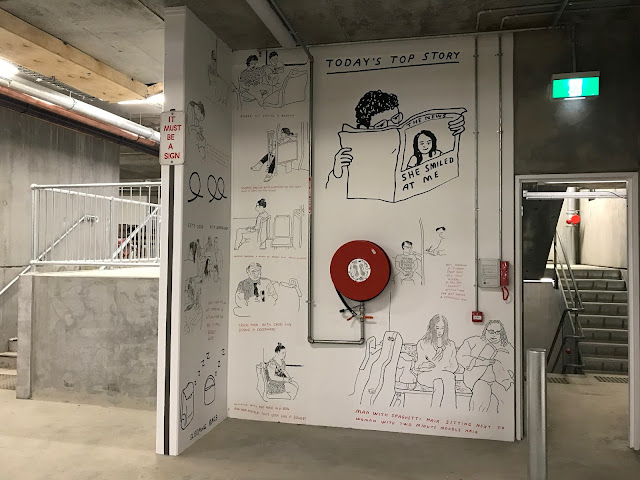 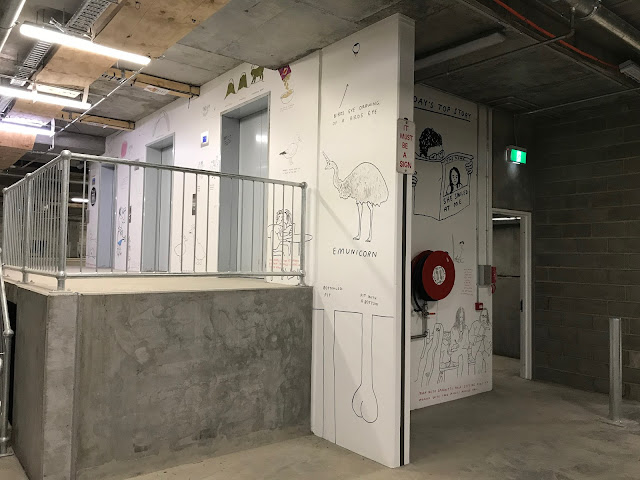 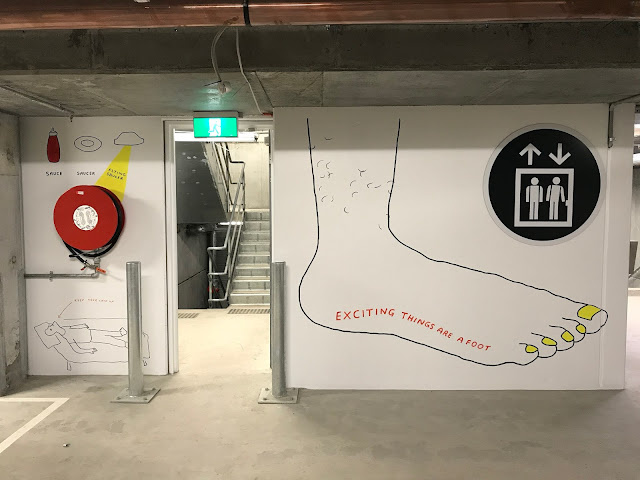 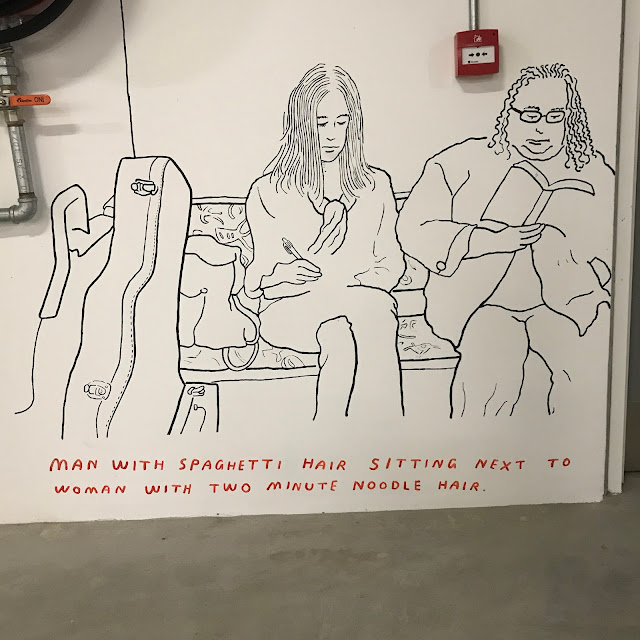 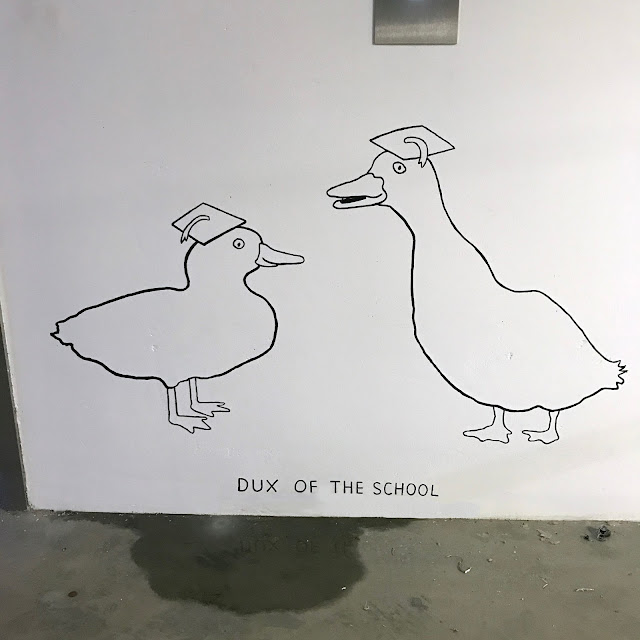 And so yeah, the carpark is meant to open in a couple of weeks and the mural will be there permanently so really hope you get a chance to see it, and really hope you like it!

And in the meantime thanks heaps for reading, hope you're having a nice day and if you're in Sydney hopefully see you tonight at Firstdraft! 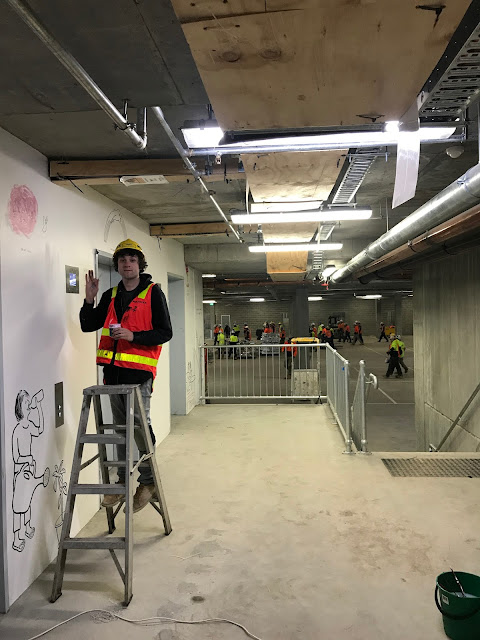 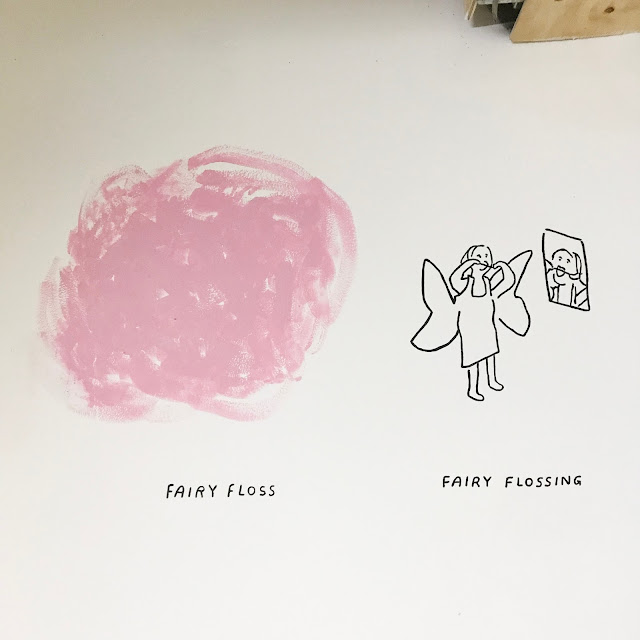