Urine for a treat

I have a new hero. His name's Leonid Ivanovich Rogozov, and in 1961 he was a 27 year old surgeon.
I was listening to a podcast about Tourism in Antarctica when I first heard of Leonid.
Here's a photo of him, and you can read about why he's so great here, (which is the site I got the image from). 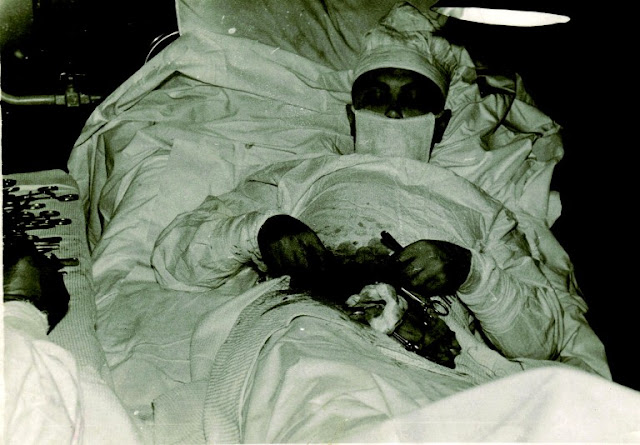 What Leonid did is so much better than art.

Of course if an artist, myself included, did do what Leonid did they probably would call it art. That's the thing about artists. But because Leonid would never consider what he did art it makes it so much greater.

The other thing from the Tourism in Antarctica podcast that caught my attention was that in it they mentioned that "It's a little known fact that Antarctica is the only country in the world where you can find penguins outside of zoos". Which just seems crazy to me that the two smart guys who host the show could think that.
The podcast is American, and I guess sometimes I forget how far off the worlds radar Australia can be.

Only half a day after listening to this, (and only an hour and a half after seeing Dirty Dancing for the first time on the second largest cinema screen in the southern hemisphere), my beautiful girlfriend and I found ourselves walking along the St. Kilda beach pier at about 1.30 in the morning. The rocks up the very end of the pier are also home to many penguins, and to my excitement a man who was a having a bitter argument with a woman in front of their young boy called us over and pointed out the penguin he'd spotted. 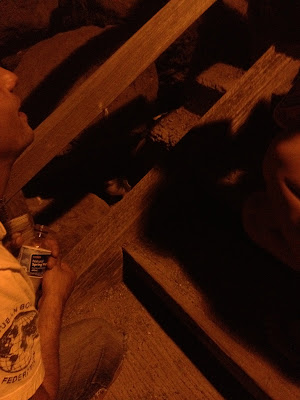 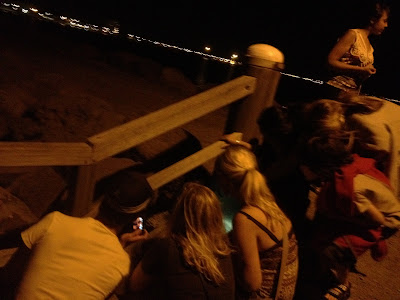 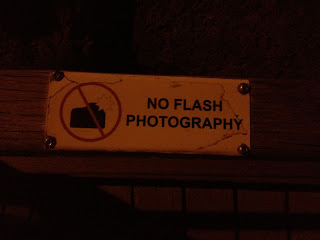 You can't really see it in the photo, but there it is, a real life native penguin outside of Antarctica.


About 5 months ago I thought I had appendicitis and spent the night in the emergency room. Unlike Leonid, it turned out I didn't have appendicitis at all, I was just very, very awfully cramped.
Here's a photo of my urine before I gave it to the nurse. 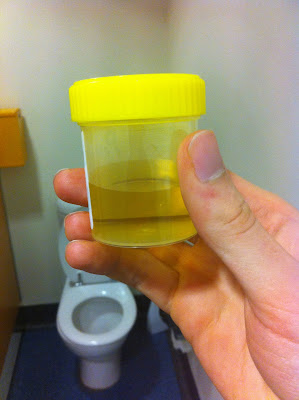 Just what you were busting to see.
Posted by kennypittock 1 comment:

it must be louvre

My girlfriend is in love with Paris. Well, she's never been, and I think it would be more accurate to say she's in love with the idea of Paris.
Yesterday was her birthday so I made her this little painting of the two of us in front of the Eiffel Tower. I guess I probably got the idea to put in the Van Gogh sky because in the back of my mind I had the poster from the latest Woody Allen film. I like to think that I would've done it even if I hadn't seen the poster but then again, probably not.
Old Vincey sure came up with a wonderful way to paint the lights of the night. 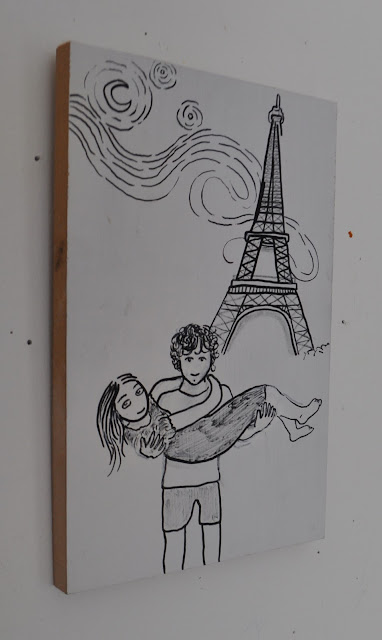 I've never left Australia, but one day I'll see Paris, hopefully with this wonderful person, and hopefully when we do we'll take a photo recreating this image. 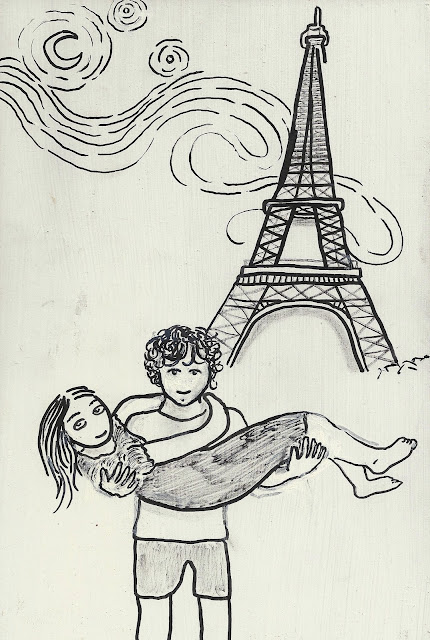 The other thing is I gave myself two right hands.
Posted by kennypittock 1 comment:

On New Years Eve I saw a guy in the city selling glowsticks for $10. This kids Mum bought two. 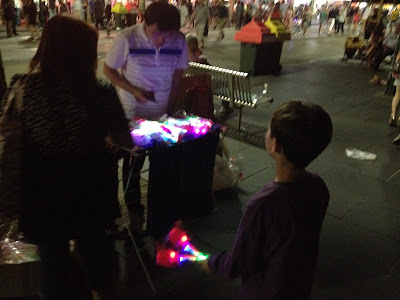 It's a week later and it's not "the New Year!" anymore, it's just January.
Glowsticks are down to 50 cents at Shell Petrol Station, 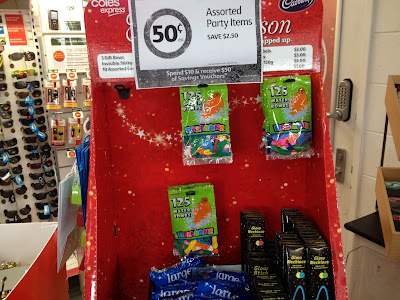 and Kmart is now selling Santa Hats for 20 cents and packets of candy canes for 5 cents. 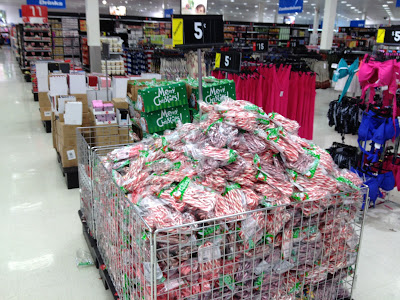 On the other hand Hot Cross Buns are now in all the stores and at maximum price.
(Regular, mini, choc cross, fruitless and "Easter loaf") 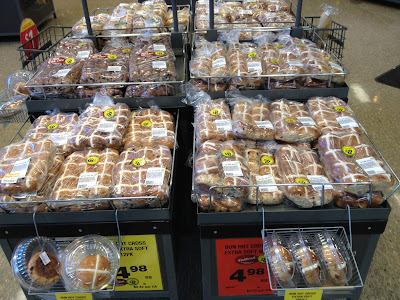 I didn't buy any of this stuff; I don't like the taste of candy canes, I already have a santa hat and I wasn't interested in a glowstick.
I love hot cross buns but didn't buy any of them either.
What I did buy today though, for the first time in my life, is a bar of soap.
No longer do I have to share soap with anybody.
I also bought a box of condoms.
Unlike the soap though, they're for sharing.

And so, don't you think, whether it's "the New Year!" or just plain old January, life really ain't soap bad. 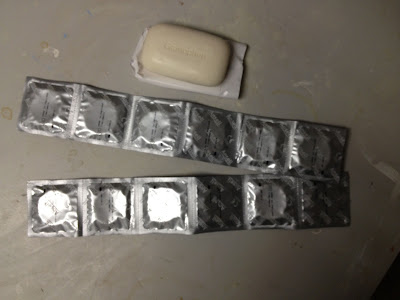 PAINTING ON A BLOG 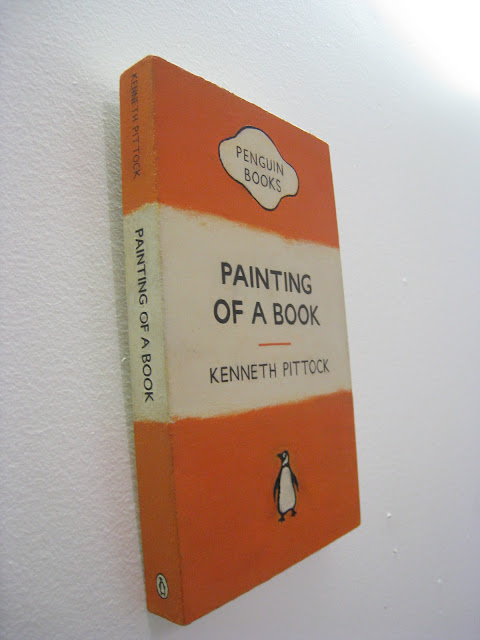 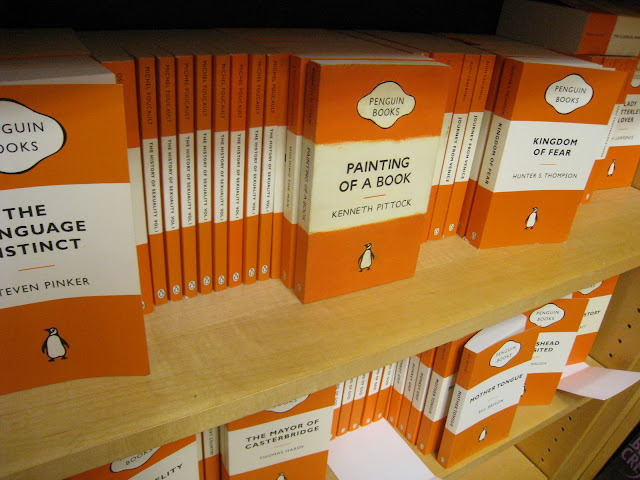 I was fortunate enough for this piece to be selected as a finalist in the 2010 Metro Art Prize at Metro Gallery in Armadale, which was a real honor... Or honour. Depending on where you're reading this.

Images of the painting can also be found on the Penguin Publishing company Facebook page, which I think is just really cool. There's a link to it here, so if you're feeling friendly maybe you could go there and click "like" on it, you know, if you like it.
Posted by kennypittock 2 comments:

if you leaf me, can I come too? 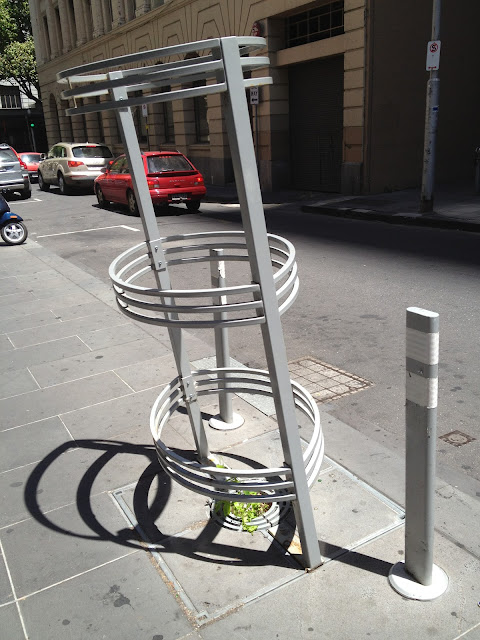 I took this photo on my way home this morning. I feel a lot like that little tree.
I'm trying to figure out a way to grow into that tree below. 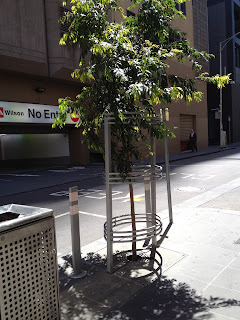 or I don't know, maybe one of these suckers 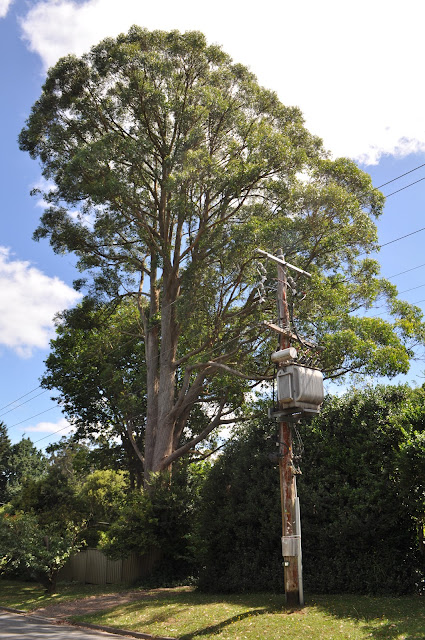