Until the wheels fall off

Ello! Ear's a new drawing of the three musket-ears.
But ear-ny way, the real reason I'm writing is to say a huge thank you to ear-veryone who's been out to see my new solo show on at Bunjil Place in Narre Warren!!

I'm really proud of the show, I feel like it's probably the best show I've done, and if you haven't had a chance to see it yet hopefully you still might as it's still on for one more week until April 29.

Here's a little video of me talking about some of the work in the exhibition, and so yeah, please put it on your to-do list if you can!
I'd also like to thank everyone whose been to see my work in the current group exhibition Suburbia, curated by Megan Monte and Josephine Skinner, which is also on for more week until April 29 at Cement Fondu in Sydney.

Here's a photo of one of my new ceramic works in the show. 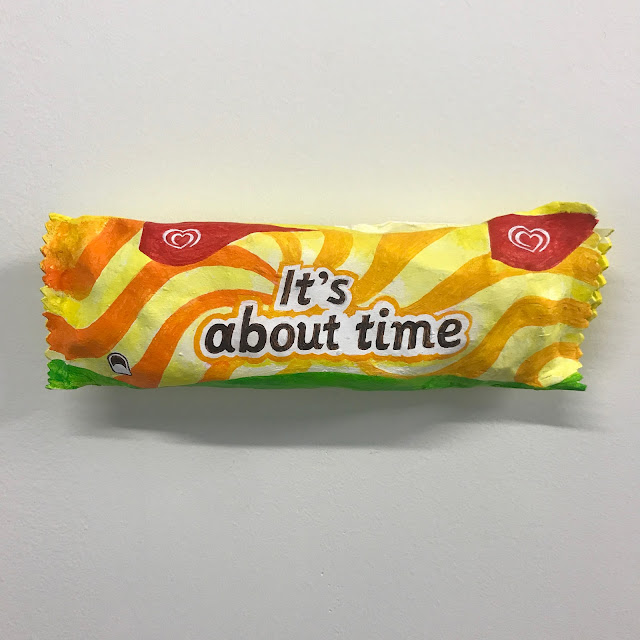 In addition to the gallery, Cement Fondu also have an art store, featuring a fresh new batch of my hand sculpted, kiln fired (not fried) ceramic Friendchips. Get 'em while they're hot!


Next I wanna say a big thanks to everyone who visited me during my recent week long drawing residency, curated by James Lynch, at the Deakin University art gallery in Burwood.

As well as producing fifty new drawings, during the week I also taught six drawing classes to the first and second year art sudents. Here's a nice photo from one of them.
Here's a drawing of mine in the most recent issue of Art Guide Australia, promoting the Deakin drawing residency. 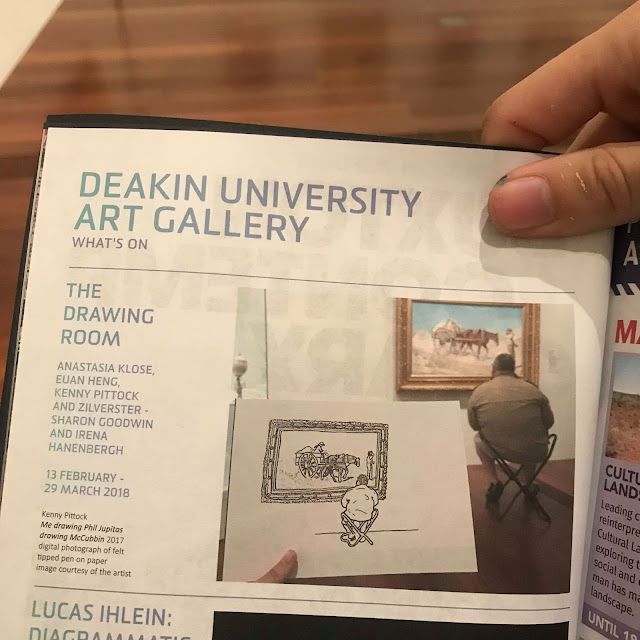 I'd never been on a podcast before and I'm way too scared of my own voice to listen back to it, but I did get a message this morning from someone saying they enjoyed it so hopefully you might too! Click here to listen.


And in other toe tappingly fun news, a work I did in 2014 titled Stepping Up, (Acrylic on Alanna's foot), can be found in the most recent issue of un magazine, used to illustrate a nice little writing piece by Carrie Miller and Andrew Frost about whether it's ok to laugh at art that's unintentionally funny. 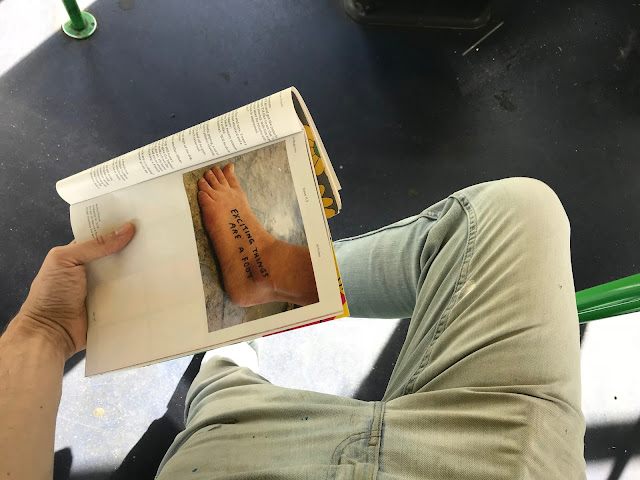 And so yeah, the last thing I wanted to mention is that earlier today I walked past a House shop and saw they were having a massive mid season sale- Get in quick, apparently there's only 543,210 days to go! 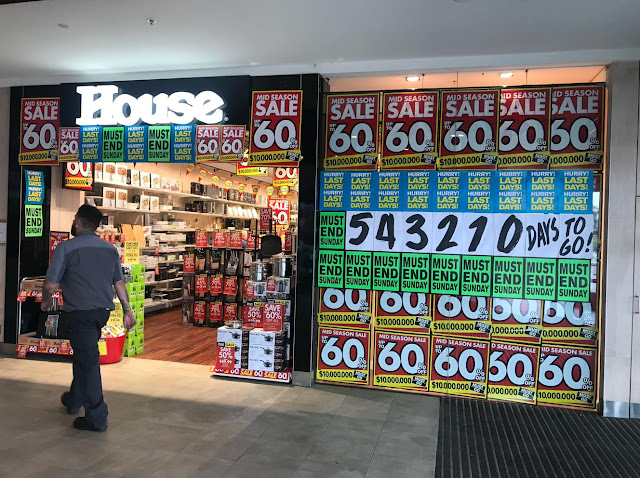 And so if you think that five hundred and forty-three thousand, two hundred and seventy days is not many, then please remember that there's only seven days left to see my shows on at Bunjil Place and Cement Fondu!

I'd wheely love for you to see them, I worked wheely hard on them and I wheely think you'd like them. But anyway thanks heaps for reading, I wheely, wheely appreciate it, and to finish up here's a new ceramic sculpture I made of a shopping trolley wheel. 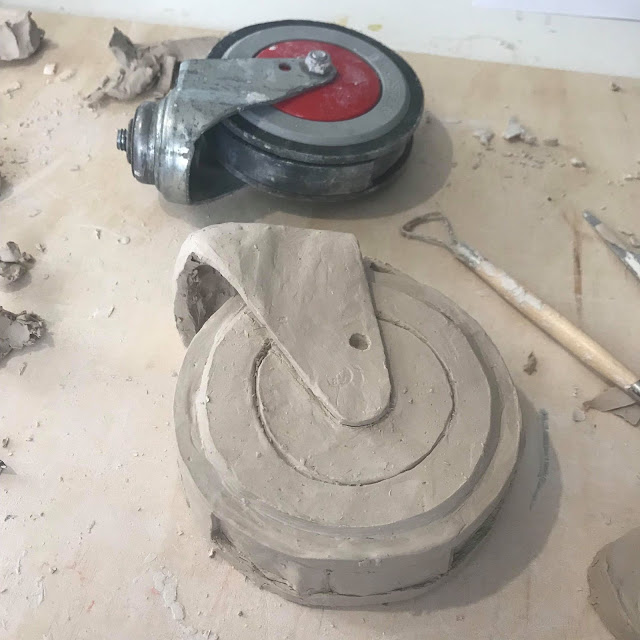 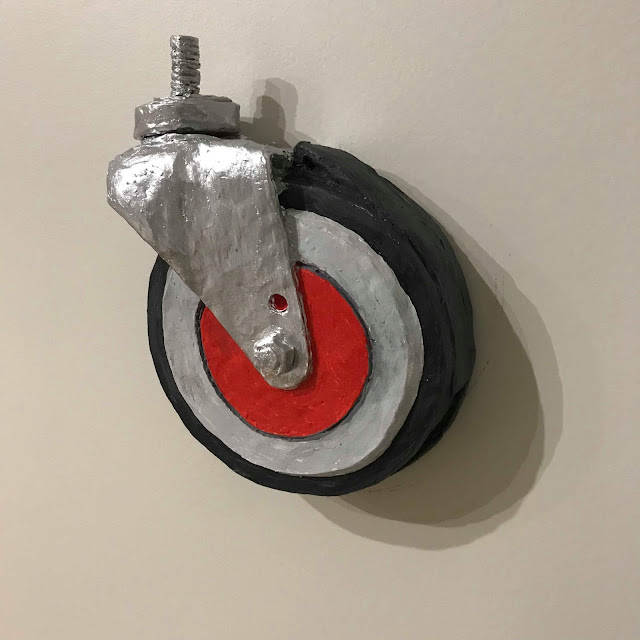