All my eggs in one Bus-ket

Bob Dylan's The Times they are a-changin' is a great song, that's one thing that will never change. Another thing I hope never changes is you, my blog reading pal, you're perfect just the way you are.

But don't get me wrong, change is often good; I found ten cents on the train yesterday, that was good change, and this morning I put on a different t-shirt to the one I've been wearing for the last five hundred days, that was a good change too.

In fact, in the spirt of embracing change I'm gonna stop writing this blog post in the usual helvetica font and instead write the rest of todays blog post in times they a-changin' new roman.

But enough roman around, this is just a quick blog post to say hi and to let you know that you are officially invited to please come to the exhibition Cornucopia, (meaning abundance of food), curated by Anna Briers and presented at the Shepparton Art Museum, opening this Saturday February 27th and remaining open until the 22nd of May.

Here's the flyer with all the information; 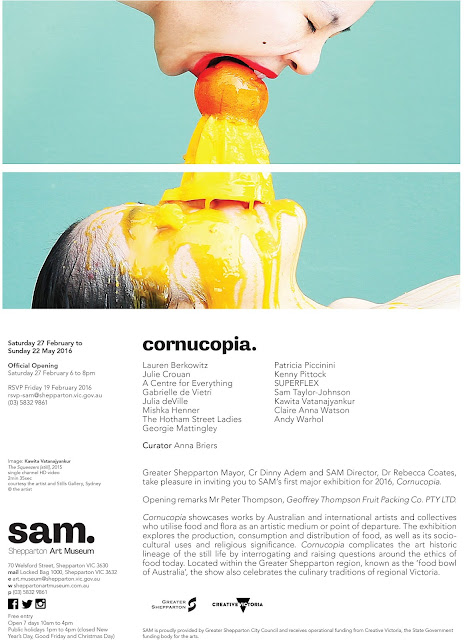 I'm super excited about my piece in the exhibition, I think it's probably the most ambitious sculpture I've made to date and I'll definitely put lots of photos on here once the show opens, but in the meantime as well as my piece, there's also some other great artists in the show too, like the Hotham Street Ladies; whose work I loved in NGV's Melbourne Now exhibition, and also Patricia Piccinini; another very big name, (seventeen letters in fact!)

And incredibly of course the biggest name in the show is Mr. Andrew Warhola, a pop artist who hasn't made much stuff lately but was very prolific during the second half of the 20th century...  I'm obviously totally thrilled that Andy Warhol is in this show too, and there's even a possibility that one of his souperb soup can paintings will be hung on the wall opposite my work, which is literally a dream come true!

And so yeah, now you'll have the option of going to see Andy Warhol exhibiting alongside the great Chinese artist Ai Weiwei in the current exhibition at the National Gallery of Victoria, as seen advertised on this bus stop where I just had my dinner... 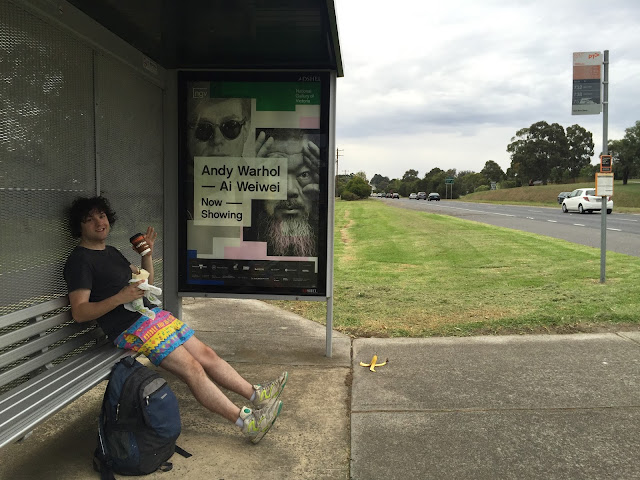 But in addition to that, as of next Saturday you can also go see Andy Warhol exhibiting alongside me, in the exhibition on at the Shepparton Art Museum, as seen advertised (and certainly not sticky taped on by me) on the opposite side of the same bus stop. 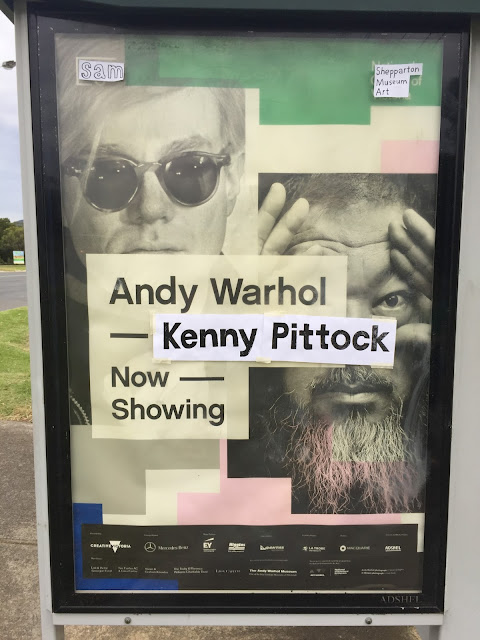 So yeah, like that eye opening machine from A Clockwork Orange, definitely keep your eyes peeled for that bus stop. 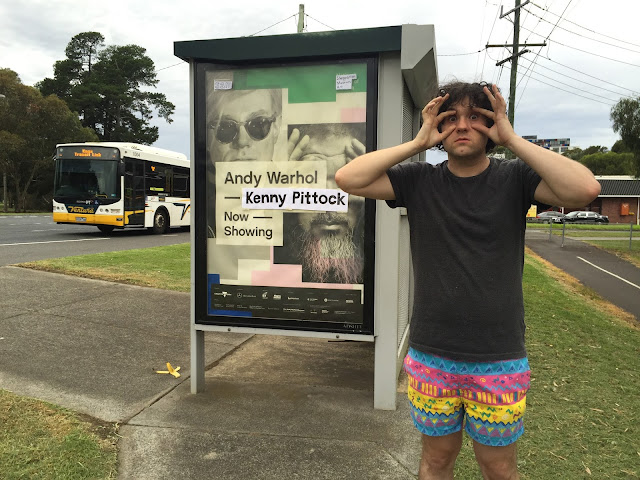 And speaking of buses, here's a drawing I did of Speedy Gonzales driving the bus from Speed.
And still speaking of buses; yesterday was the last day of Um...titled, the group exhibition I was in at Bus Projects, curated by the awesome Laura Couttie.

Here's a photo I was tagged in on Bus' instagram page that was taken of Laura and I back during the early stages of installing the Um...titled exhibition. 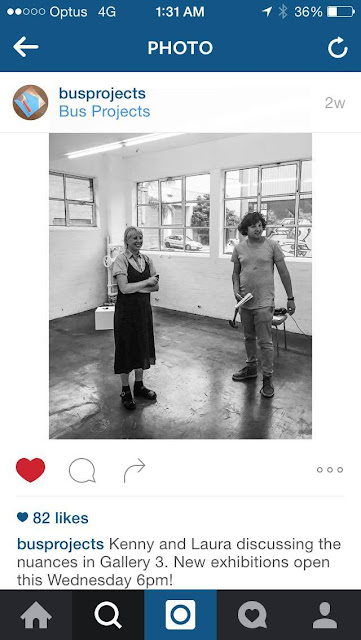 I'm told the catalogue and exhibition essay for Um...titled will be up on the Bus website pretty soon, so I'll keep you posted as to when that goes live. 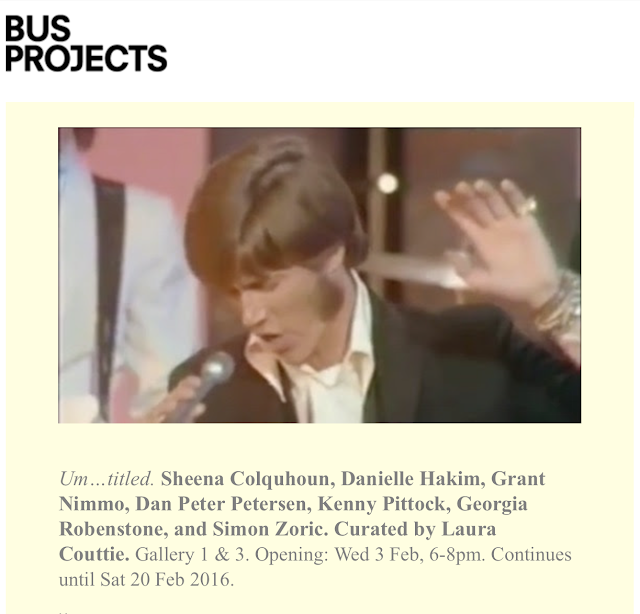 Here's a description of what Um...titled was about;

And here's one of the three ceramic sculptures I exhibited in the show, it's titled All my eggs in one basket. 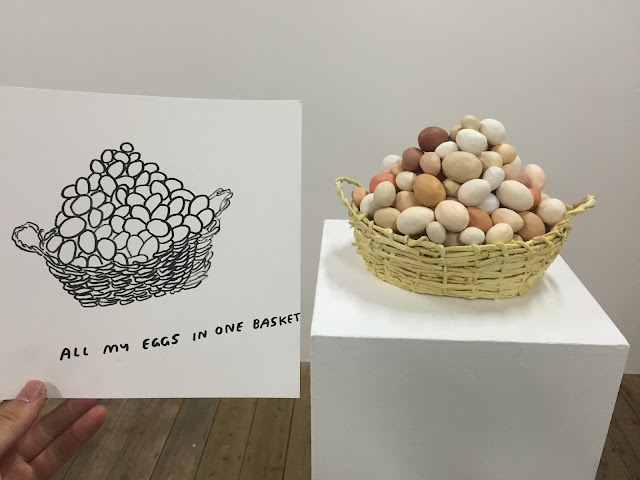 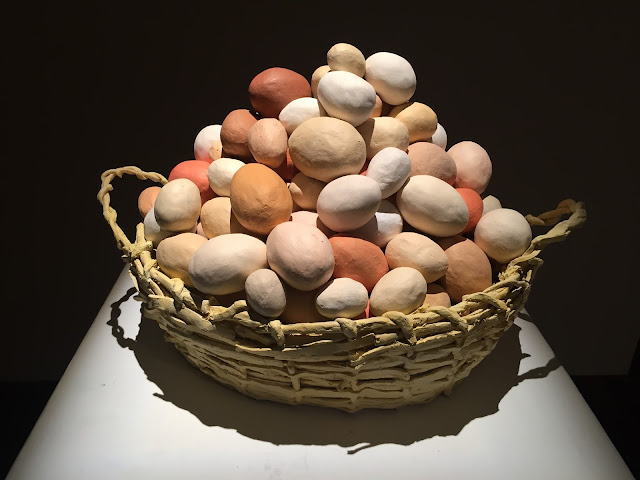 Thanks so much to everyone who was able to see the show, the opening in particular was overwhelmingly huge, here's a couple of photos of it from Bus' instagram. 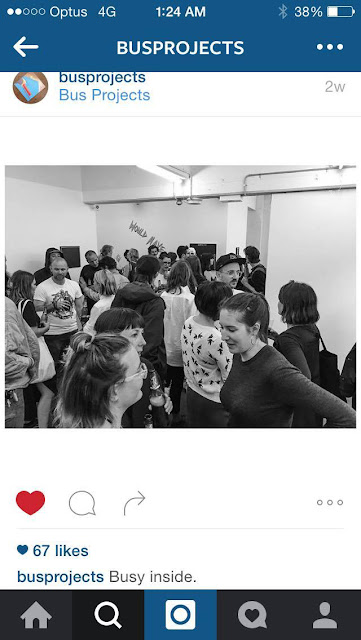 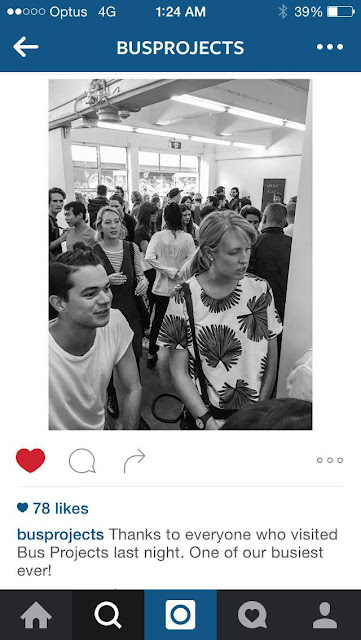 Anyway, I'll write more about this and other stuff soon but really the main thing for today is that I'm extremely excited to invite you to please come see my big new sculpture in the group show at the Shepparton Art Museum, opening this Saturday Feb 27.

I know Shepparton is a long way away from... well, just about everyone, given that it's a two hour drive from Melbourne, but hopefully there's a chance you might get to see it as I think this show's gonna be really special.

Also, if you happen to be at Shepparton Art Museum the day after the opening, I'm hosting a fun and hopefully informative drawing and painting workshop for people of all skill levels and ages on Sunday Feb 28 from 10am -12pm.
For more info on that please click here.

Oh and also, the day after that, on Monday Feb 29, I'll be at the National Gallery of Victoria hosting a drawing workshop responding to the Ai Weiwei / Warhol show as part of the NGV's Student Night. So if you're about to go into VCE or in tertiary education then definitely come along!
For more info on that please click here.

Thanks heaps for reading, hope you're going really good, see you soon and I'll end this blog post here with some drawings I did of the three main Paddlepop ice-cream flavours.

And I guess that's the big difference between Andy Warhol and I; he's a Pop artist, and me, I'm a paddlePop artist. 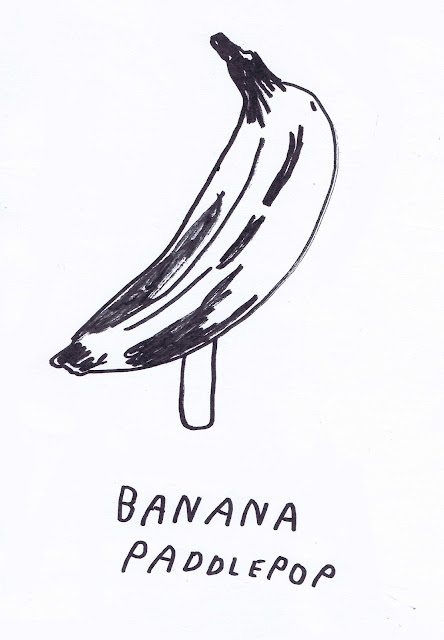 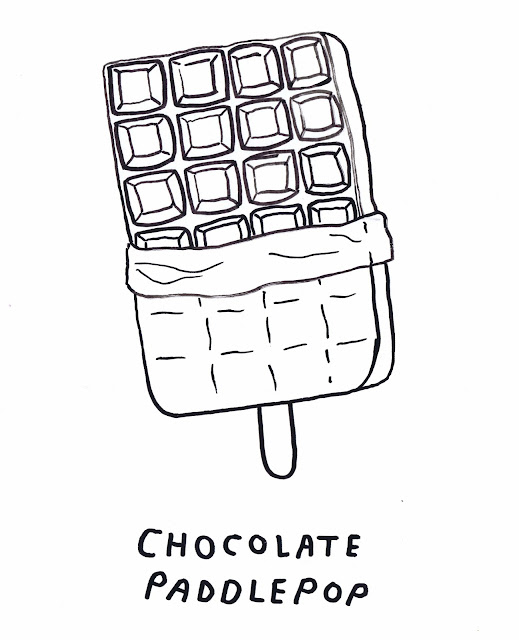