If I was on The Voice.

Hey, how's it going? I'm watching The Voice. Are you watching it? My Mum watches it and so I've been seeing it a bit. It's a good show, the guys that came up with it are clever, it really hooks you in. 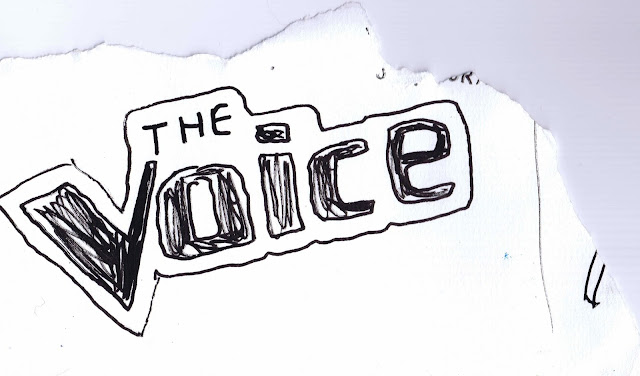 While watching two musicians "battle" over I dreamed a dream, I've been thinking about what it'd be like if I was ever an artist auditioning on this show.

Like all good television talent shows, The Voice is really just about a good sob story.

As I was being introduced onto the show there'd be a voiceover which would probably begin by saying that art is my life, and how this audition is my one big shot, the last chance I'll ever have to quit my job at the supermarket.

The shows voiceover would transition into me doing my own voiceover, and I'd talk about how I'm addicted to drawing. They'd play music like the theme from Curb Your Enthusiasm and show how while at work I'd sketch the customers when the manager wasn't looking. 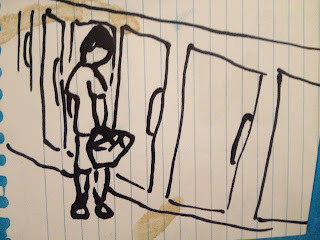 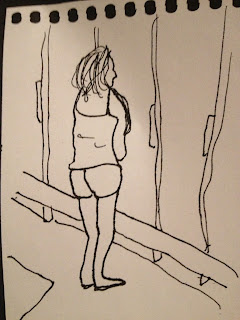 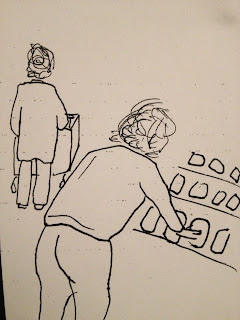 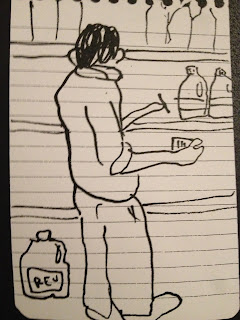 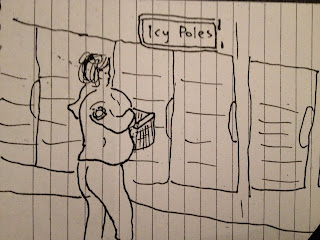 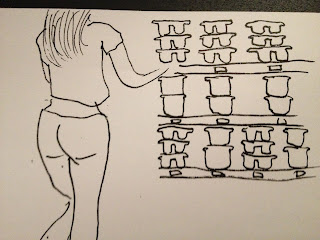 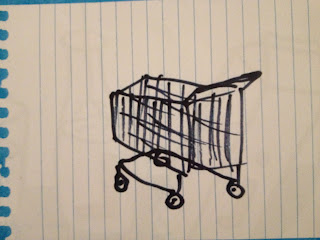 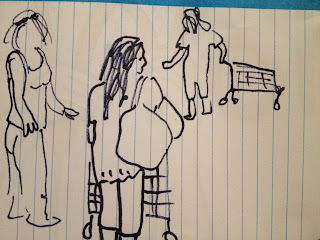 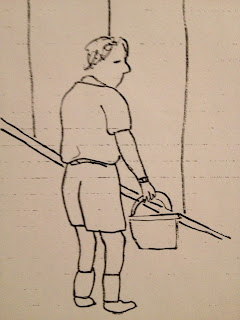 Then the music would get dramatic, they'd cut to a flashback of when I had spine surgery. 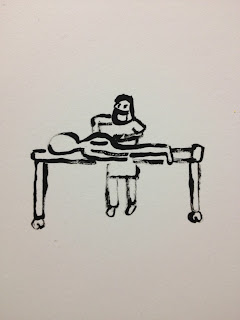 I'd get all choked up as I explained some of the struggles I faced in the years leading up to it, and how scared I was that I'd wake up from the surgery needing a wheelchair for the rest of my life.

They'd play the audio of an interview with my Mum over a montage of footage from my weeks rehabilitating in the hospital emergency room. 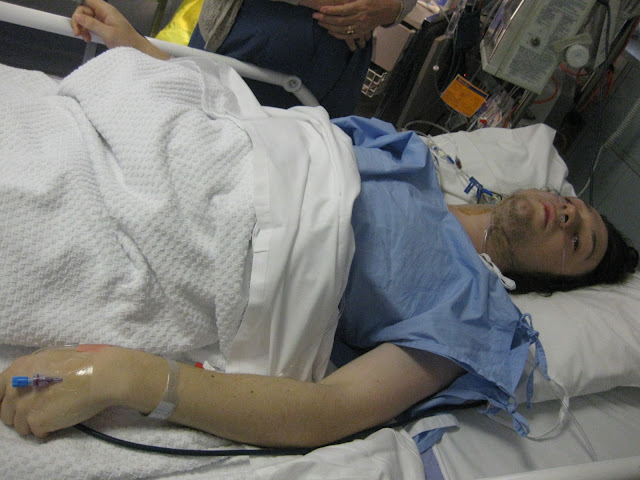 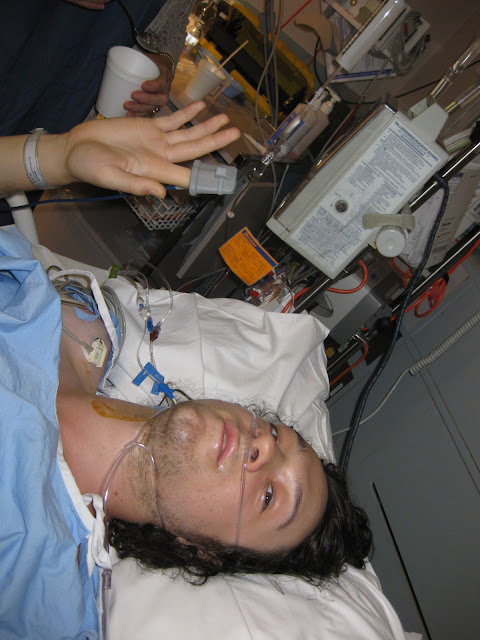 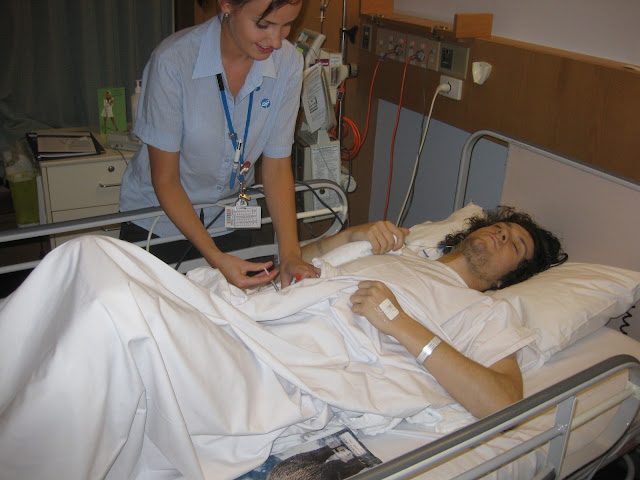 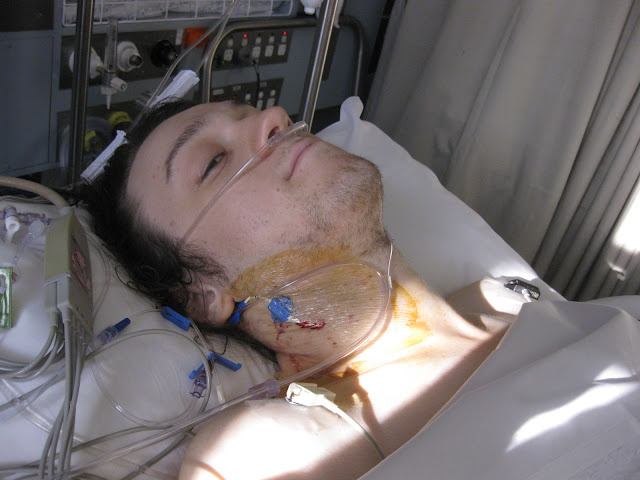 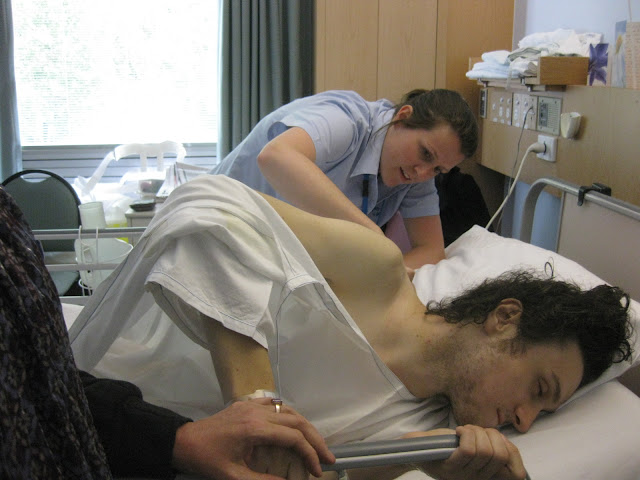 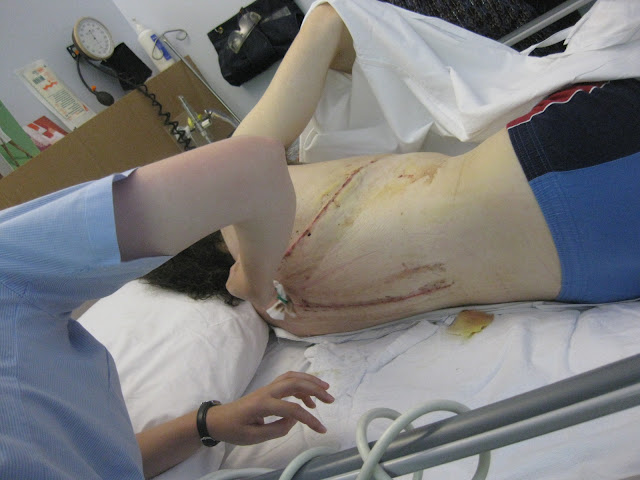 Mum would go on about how the only way I stayed sane during the recovery was to draw and paint, and they'd show the pile of thirty sketchbooks I filled up while on morphine and oxycontin.

The whole thing would be really cheesy and it'd make you cringe. 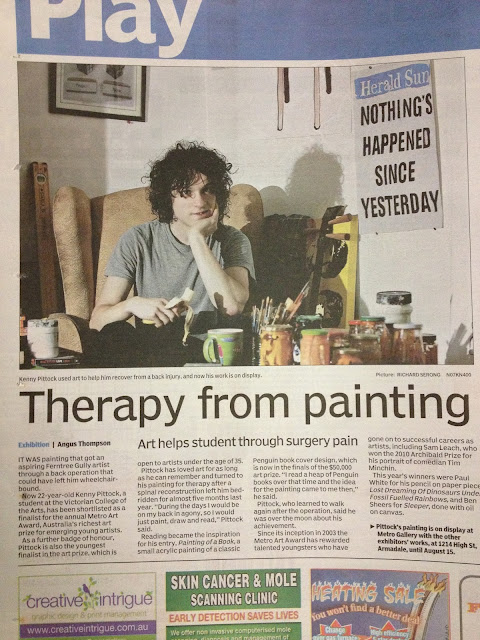 They'd probably have some shots of my X-Rays and they'd show how the poles and screws that're permanently in me, and the brace I had to wear, look a bit like Frida Kahlo in her painting, The Broken Column. 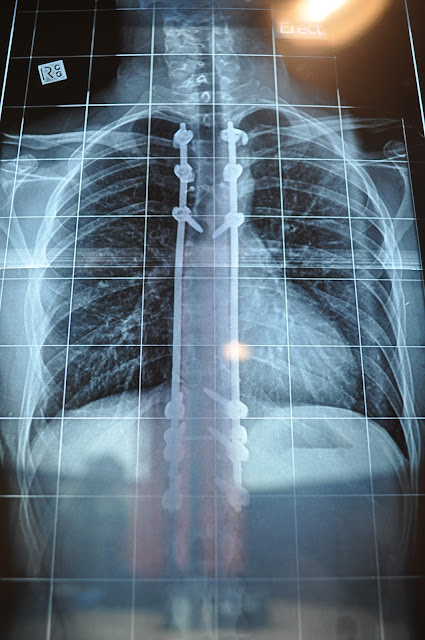 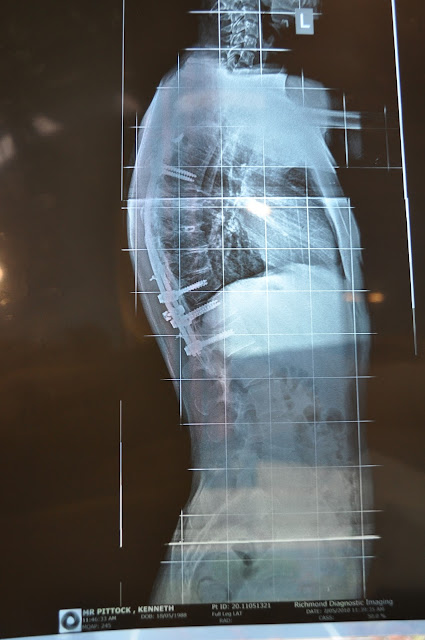 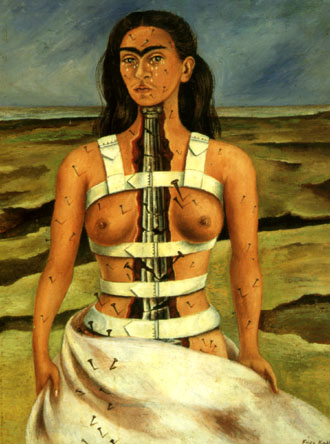 Then they'd show footage of me learning how to walk again. 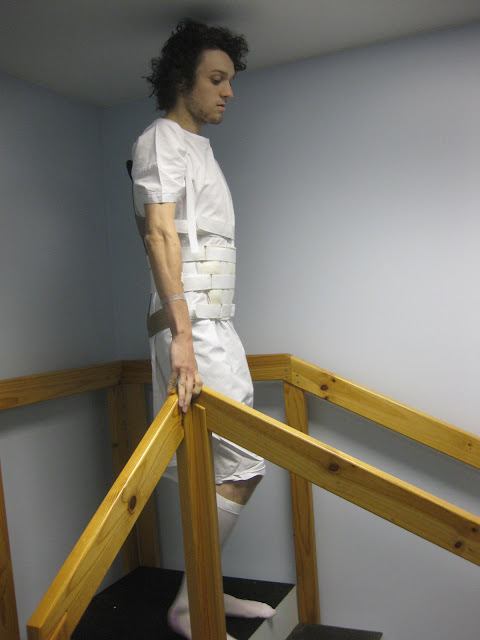 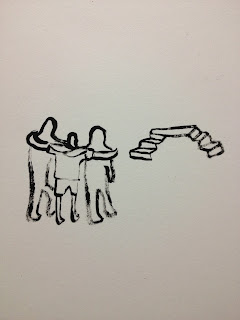 After all this drawn out ten minute introduction they'd eventually cut back to me, and the voiceover would say "And finally, after learning how to walk again, he's now walking onto the stage." 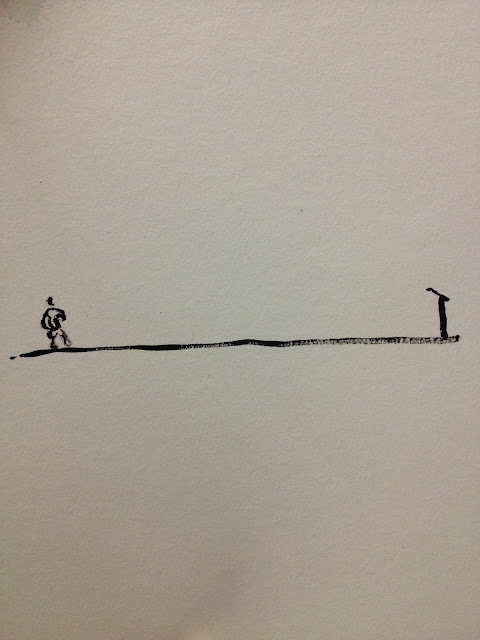 I'd sing "I started a Joke" by The Bee Gees.

None of the judges would spin their chair around. 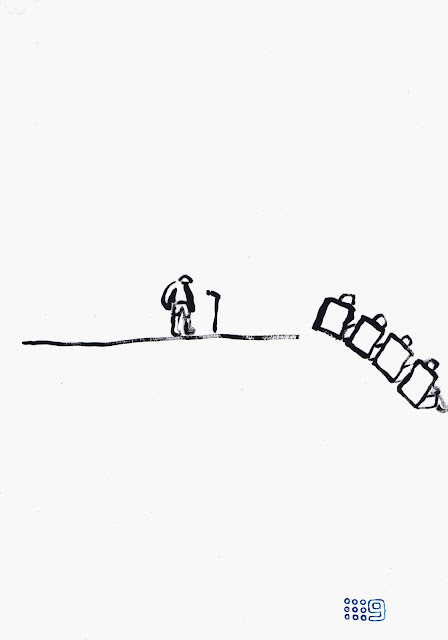 After the song finished Seal would tell me that I just didn't "bring it", but to not give up on my dream.

I'd walk backstage pretending to smile and trying to make a face to the camera that says "well at least I gave it a shot."

And that would be the end of it. For months I'd be a broken mess and I'd stay up all night wishing I'd chosen a different song to sing, or better yet, just not sung at all.

Maybe though, who knows, just maybe, one day, twenty years later, this whole The Voice experience might make up a funny little 15 second anecdote during the introduction when I get asked to give a TED Talk. And it would've all been worthwhile. 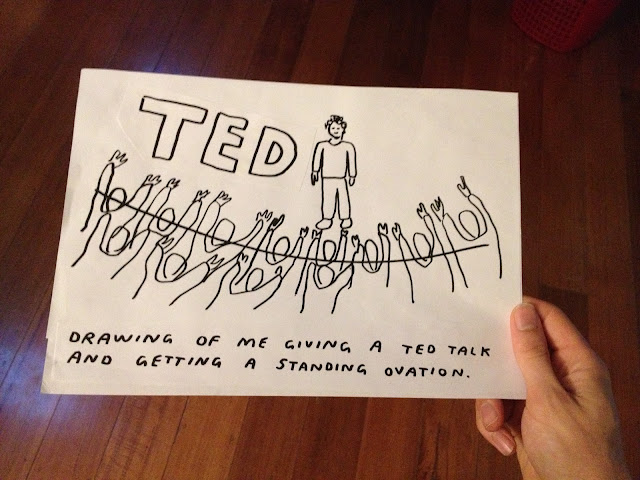 We all lived happily ever after.

You're the voice, try and understand it.

(Ha, I guess I'd been meaning to mention my surgery on here at some point and but it's still pretty heavy for me and this seemed like the most detached way to do it. Hope it wasn't too self indulgent. Thanks for reading. See you soon.)
Posted by Kenny Pittock