Hi. I work two days a week at a supermarket where my job is to push the shopping trolleys from the car-park back into the store.

One thing that helps keep the job interesting for me is I collect shopping lists.

Sometimes though, I think I've found a shopping list but it's not until I pick it up and turn it over that I realise I've actually found something else. Here's ten non-lists I found this month.

I thought I found a shopping list but turns out I actually found... 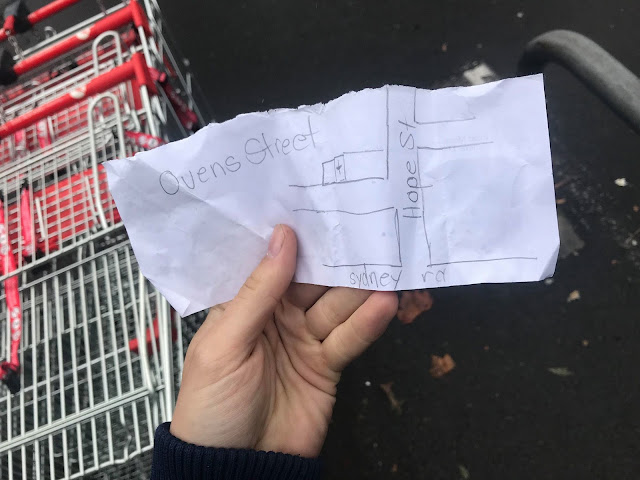 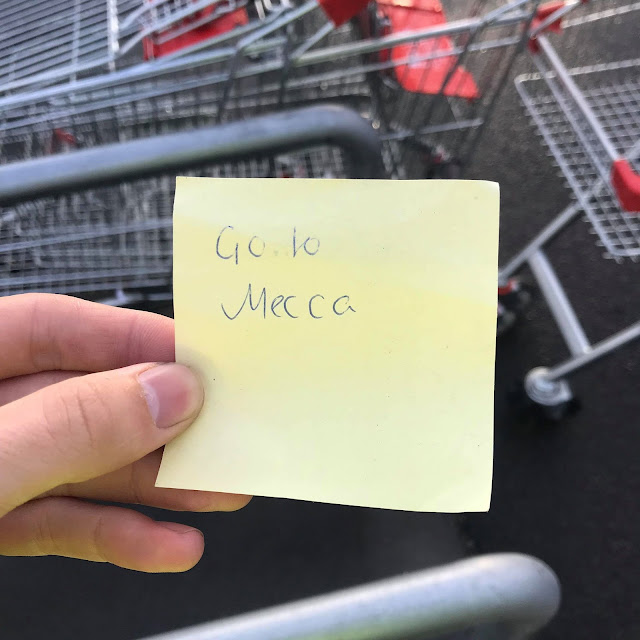 3. Matching notes to Mum and Dad. 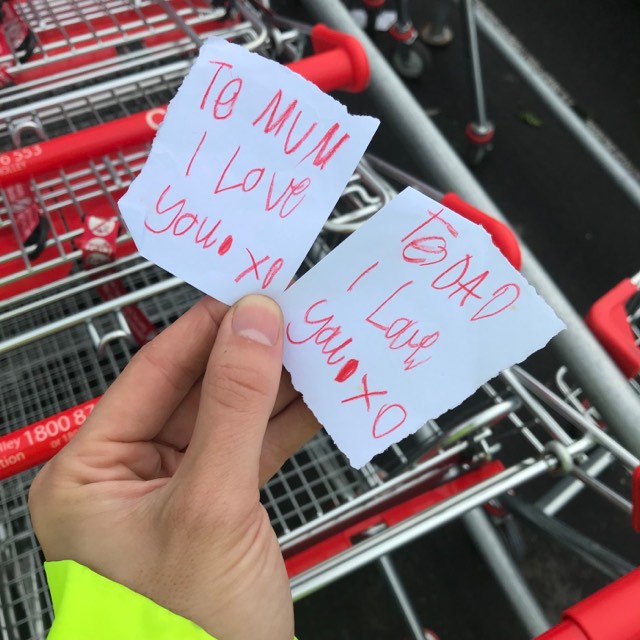 4. A request from Grace's Mum. 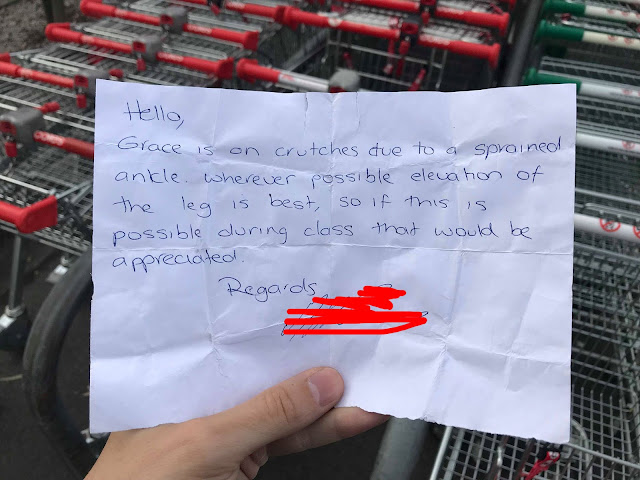 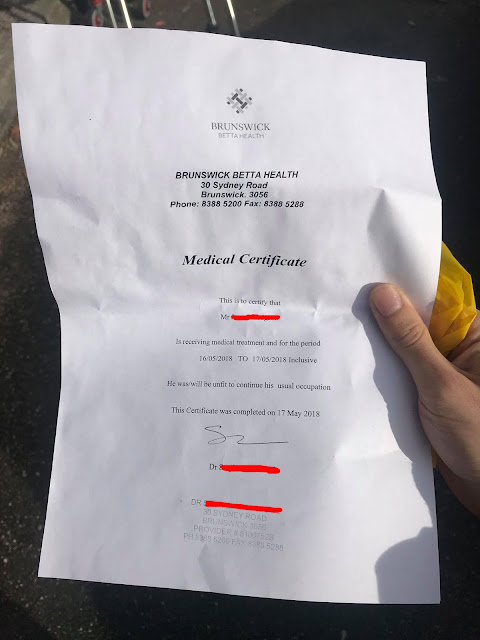 6. A ripped up note from someone who bumped into someone else's car while parking. 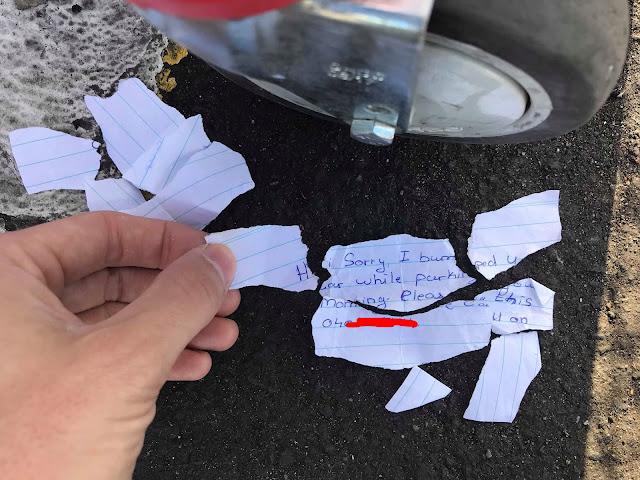 7. Directions to the Big Fight. 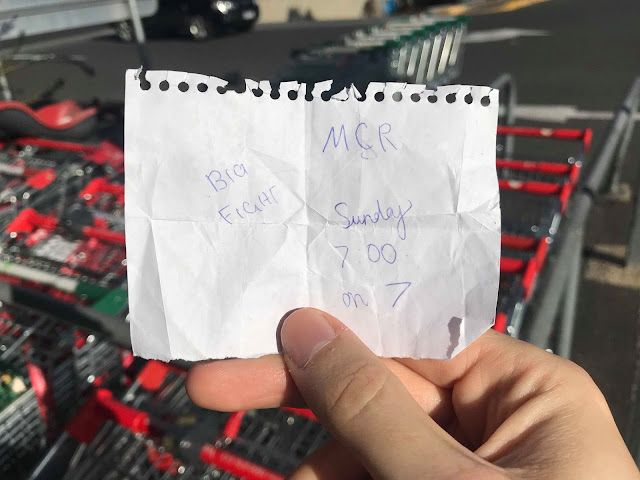 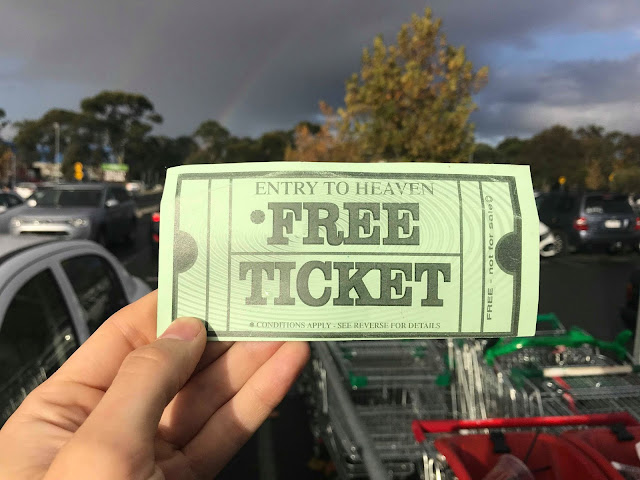 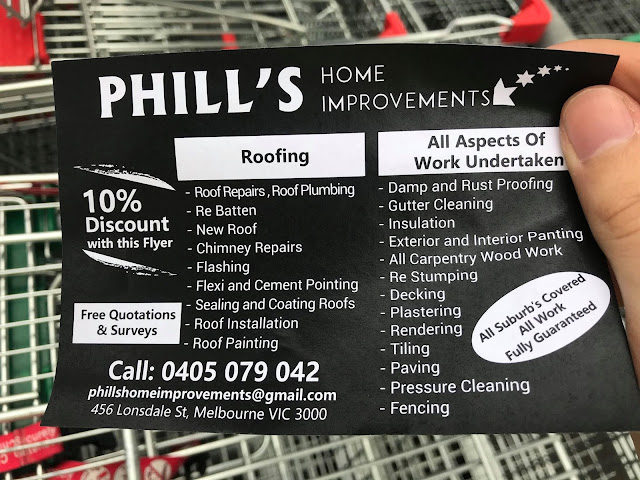 And number 10. A perfume sample card. 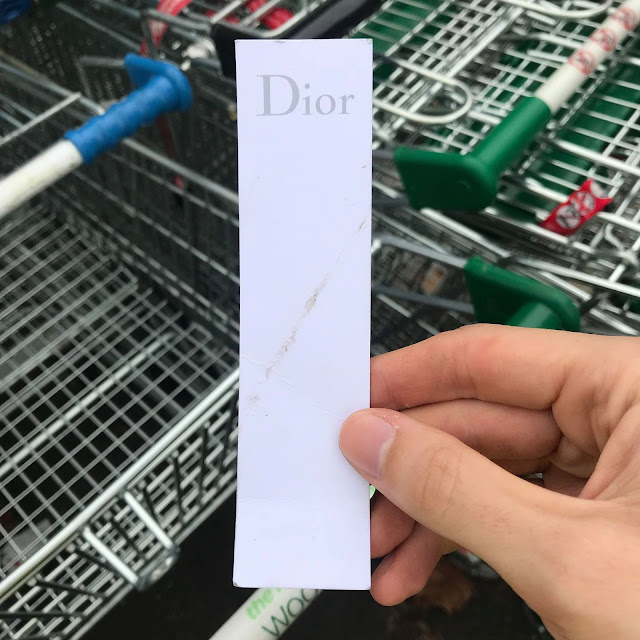 Now that I've got these ten things I may as well put them to good use.

Thanks to the medical certificate I won't be going in to work tomorrow, instead I'll go to Mecca.

I've never been to Mecca before but I should have no trouble finding it thanks to my new map. And if I bump into a car in the car-park, or if I bump into the ankle of anyone named Grace, it's ok as I've already got my notes ready for that as well.

I'm gonna send the matching love letters to my parents and then call up Phill from Phill's Home Improvements to ask if he wants to watch the Big Fight with me.

Anyway thanks for reading, let me know if you're feeling a bit stinky and would like me to send you the Dior perfume card. Other than that, hope you're having a nice day and see you in Heaven.
Posted by Kenny Pittock