Catch me if you Canberra

Hey cool guy, welcome, yesterdays blog post was about me flying to Sydney on Friday to deliver some work for an exhibition, and so I guess the second part of the story is that when I left Sydney on Saturday night I took a bus to Canberra.

I hadn't been to Canberra since 2011 when I saw the Paris exhibition at the National Gallery of Australia, this time I was there to see a different show at the NGA; a retrospective of Californian artist James Turrell. I was pretty excited about the show; every bus stop in Sydney is lit up with posters advertising it using the quote 'ONE OF THE GREATEST ARTISTS OF OUR TIME'. 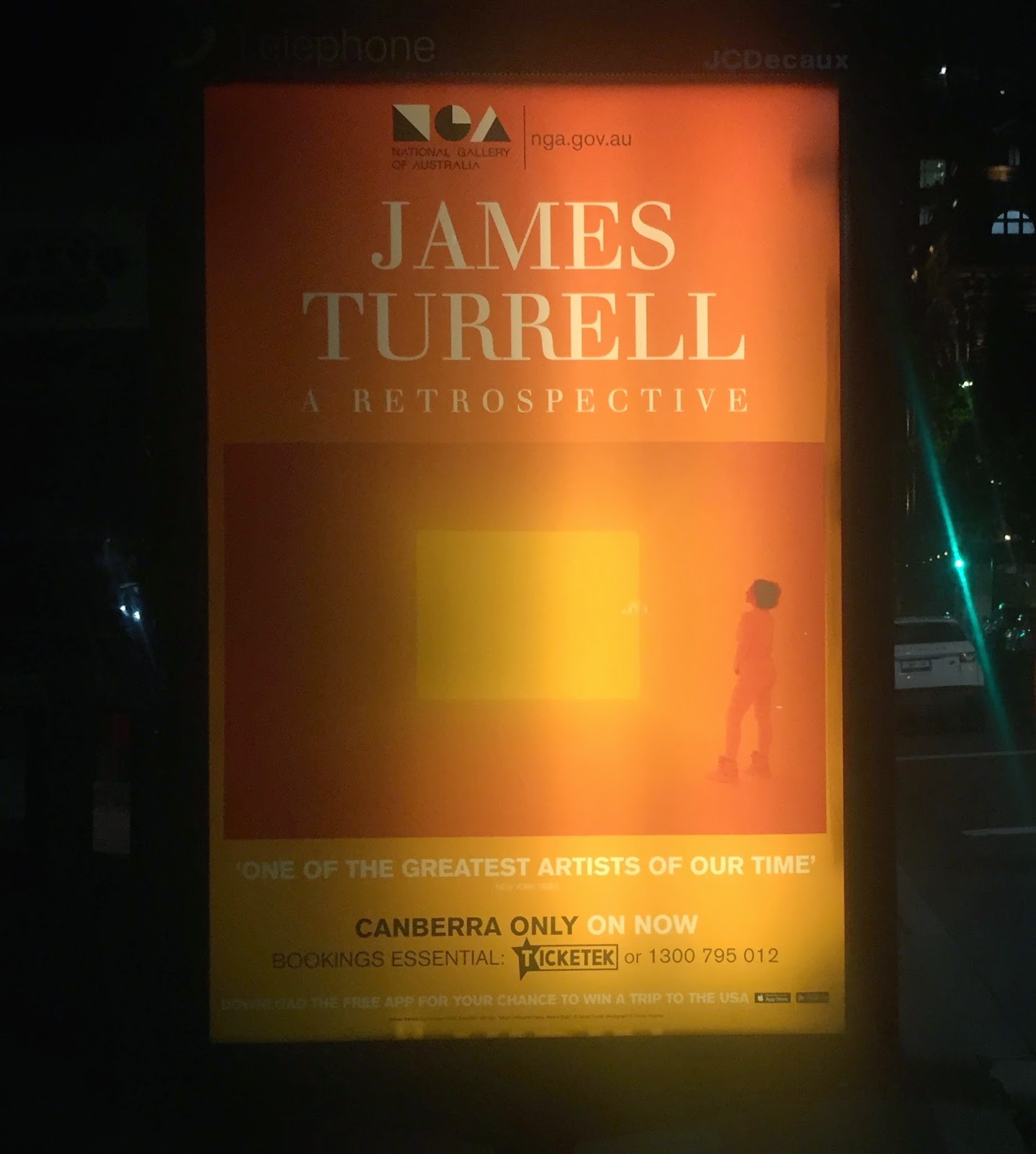 What I like most about the quote on the poster is that it doesn't actually tell you who it's quoting. So who said that Turrell is 'ONE OF THE GREATEST ARTISTS OF OUR TIME'? Was it the curator? His mum? It could be anyone!

Anyone except for the BBC that is, or the National Gallery of Victoria, who when sharing a link on their facebook page about the greatest artist of our time have ignored James Turrell entirely and instead suggested it's a pufferfish. 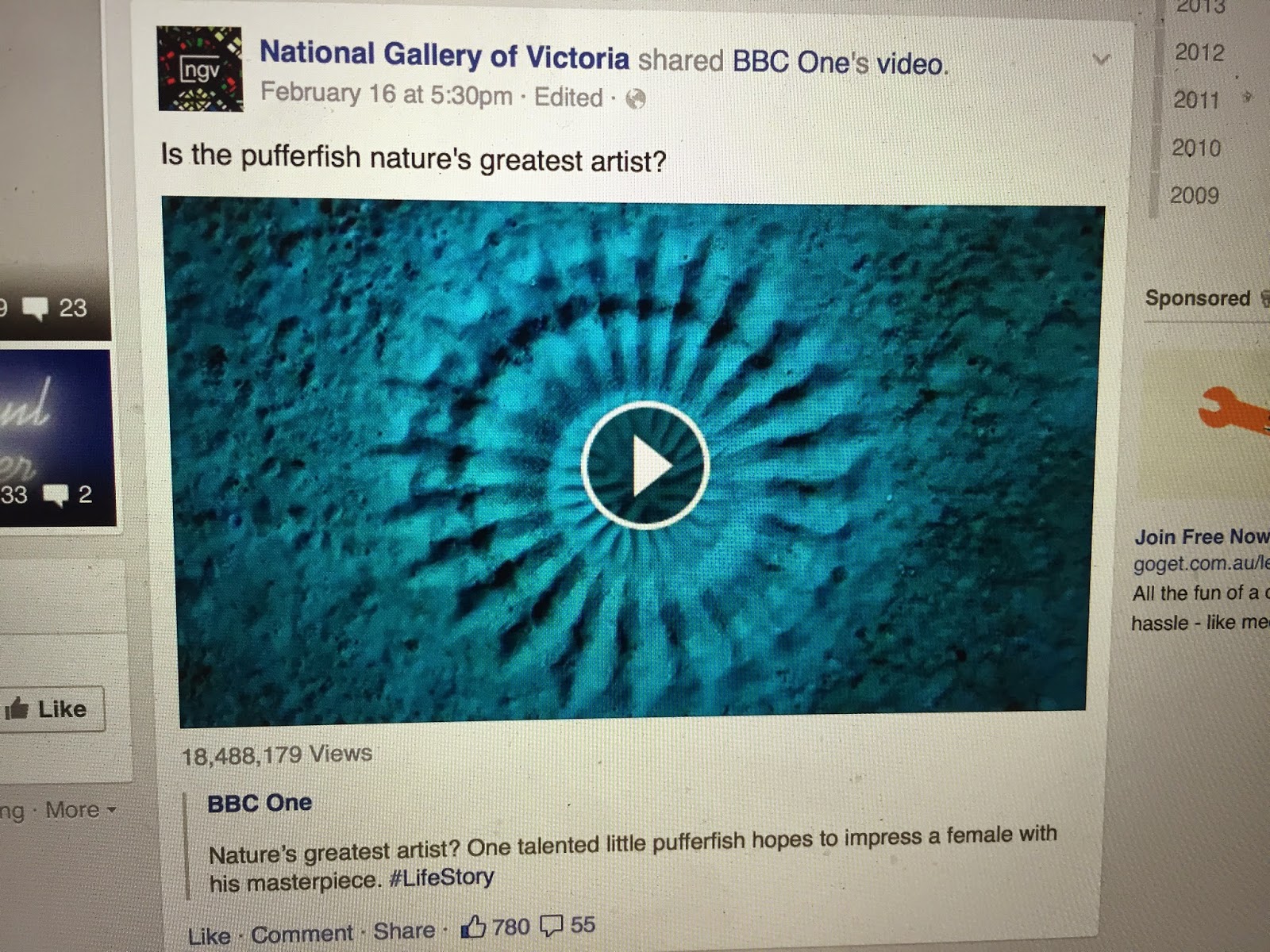 At first I thought they were referring to the rapper Sean Pufferfish Diddy Combs. That would've made sense to me, I've always said that Combs is the greatest artist of our time, but they weren't talking about Combs at all, it turns out they mean an actual fish.

And the BBC does present a convincing argument. I mean, I could never make an artwork like this pufferfish, there's just absolutely no way I could hold my breath that long.
When I got to Canberra, about 10pm on Saturday night, I went straight to Parliament House. I sat on the front lawn and started drawing the building, but I only got as far as the flag on the top before police cars began circling me and the sprinklers turned on. 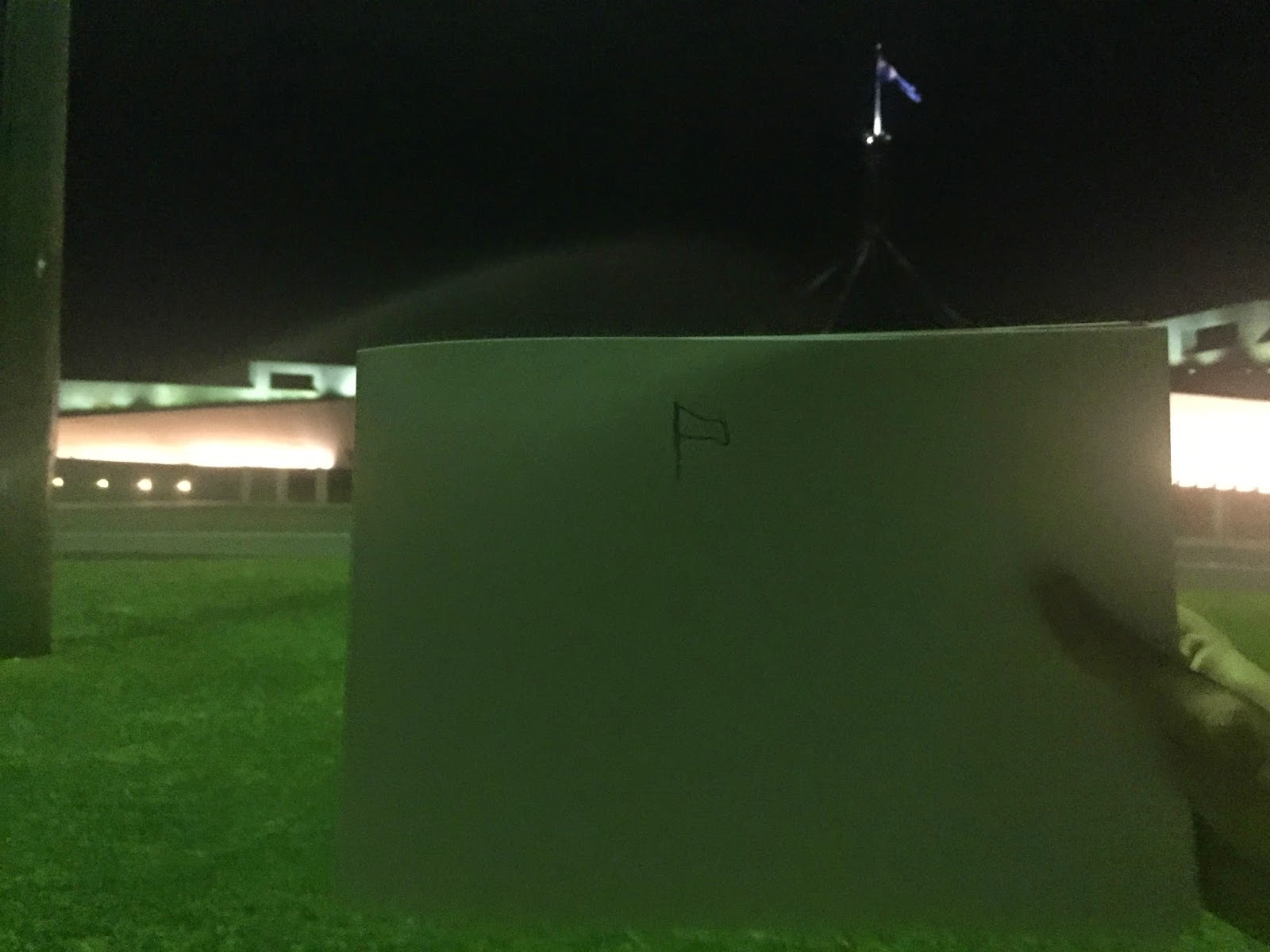 At first I thought I was in the one lucky spot where none of the sprinklers could reach, but after 20 seconds of feeling invincible all the sprinklers began to rotate towards me and I knew that the time had come for me to resign from my post at Parliament House. 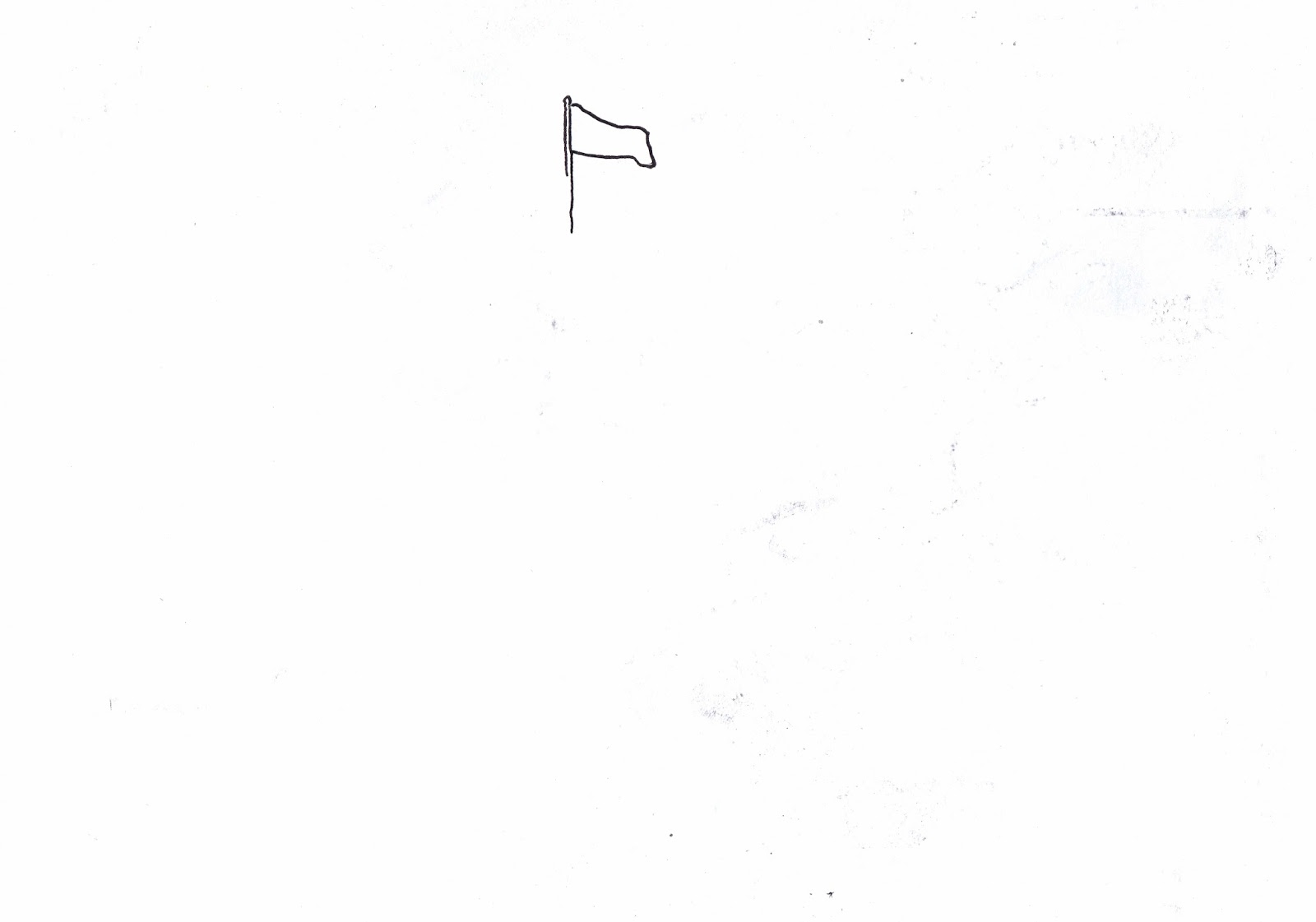 So I walked across the field to Old Parliament House, which although was equally as dark, it's a much drier building to draw. 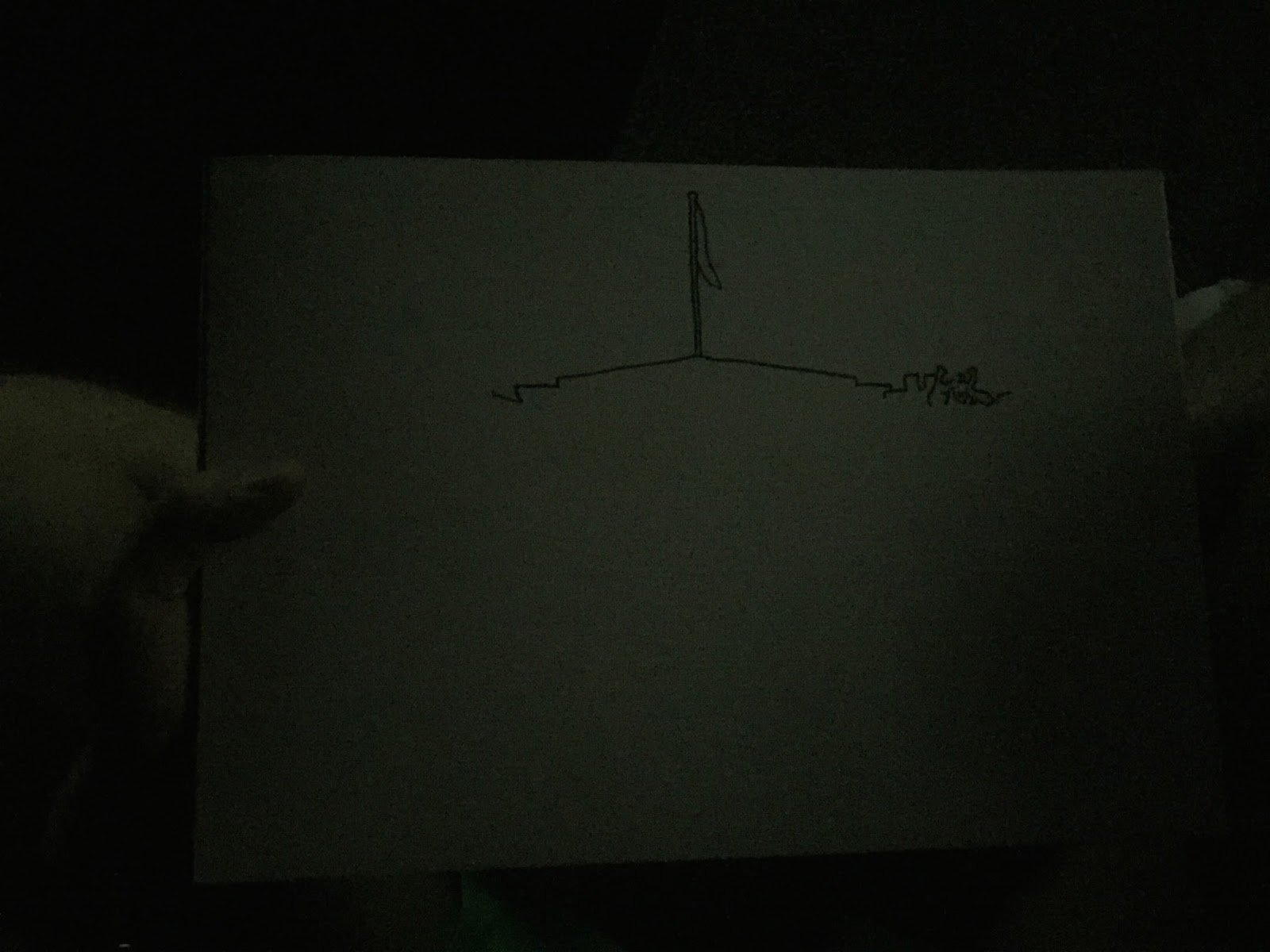 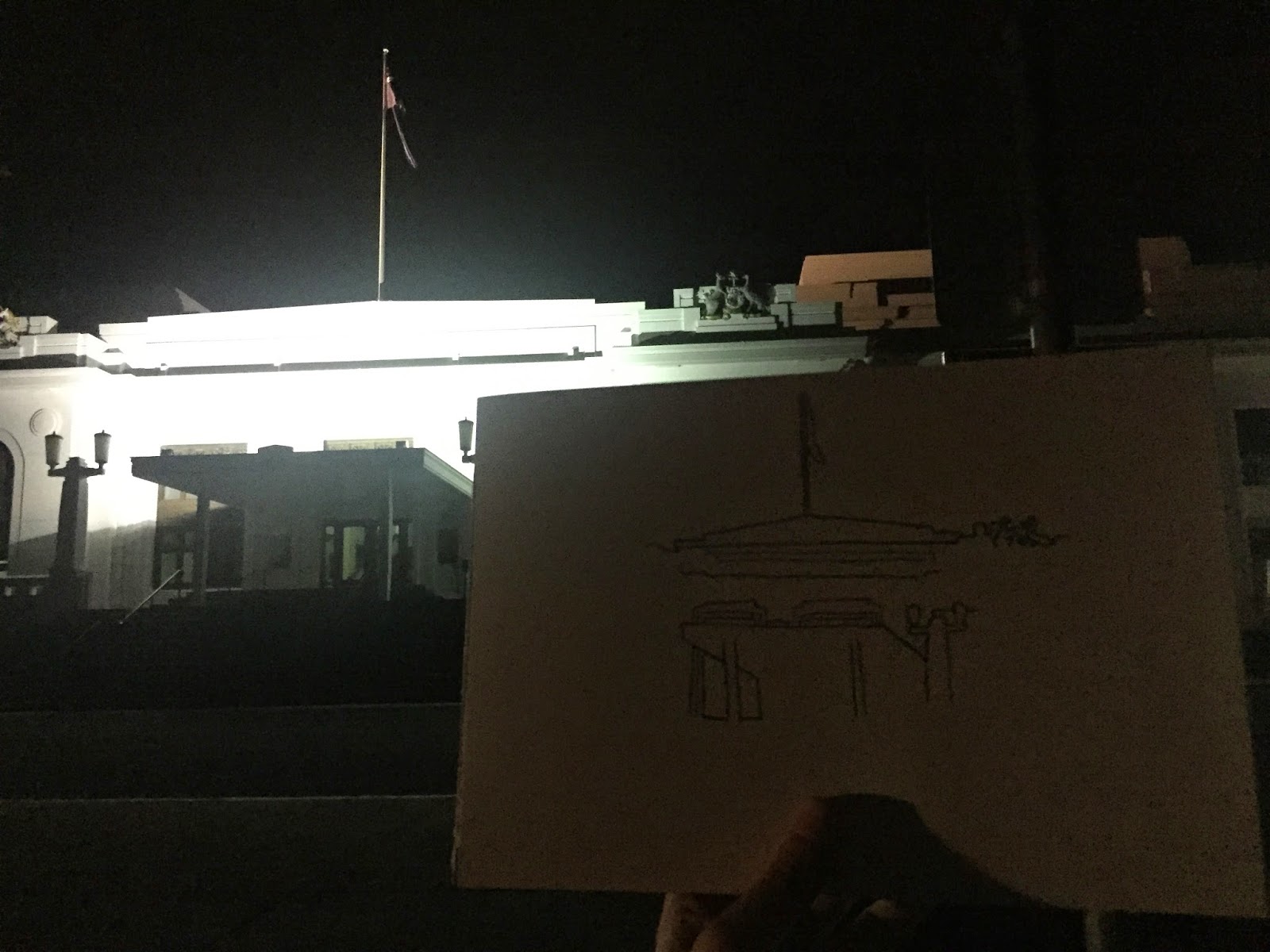 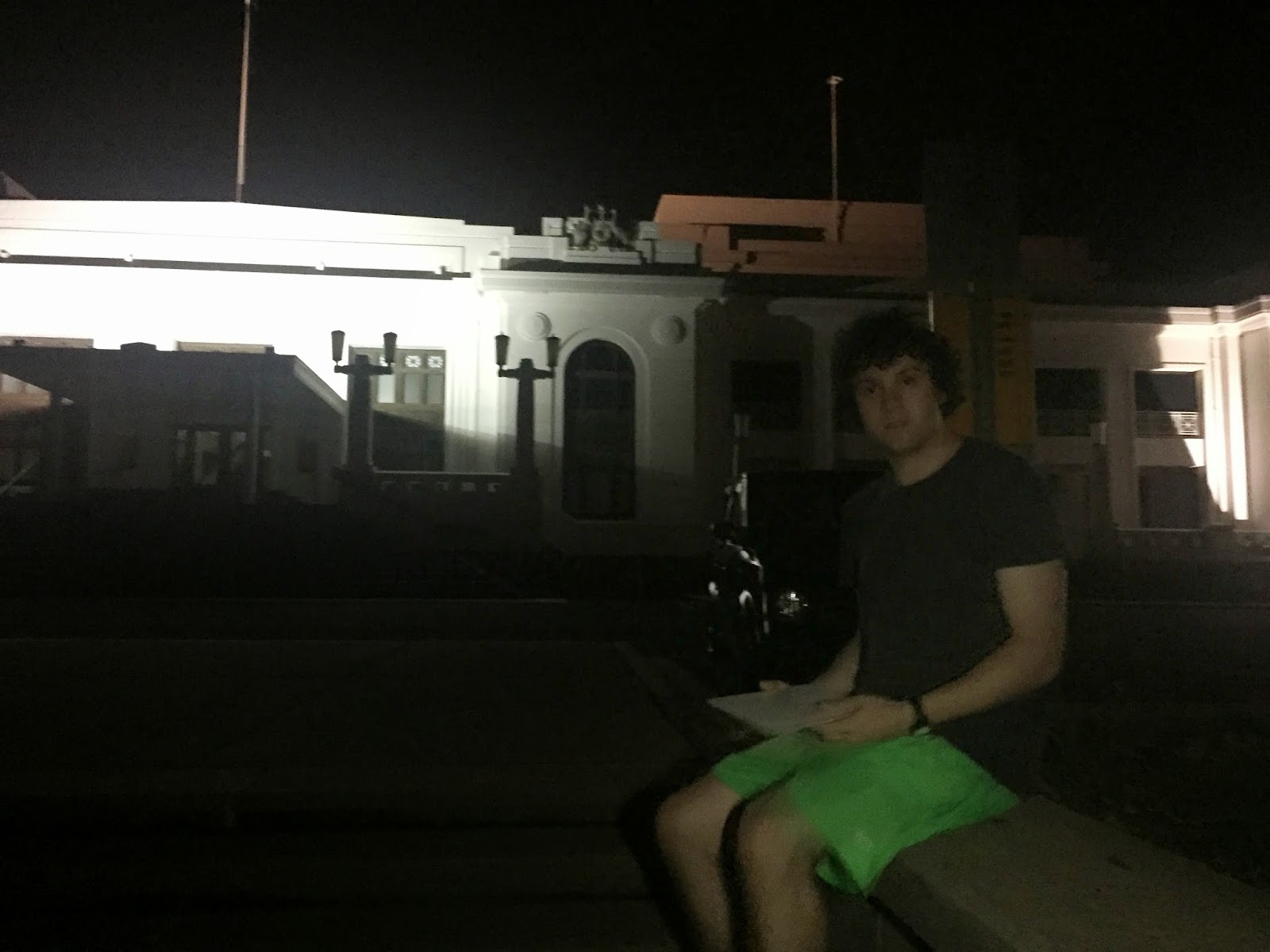 It was getting late. My very best pal had just arrived in Canberra too so we went halves in a mystery room. A mystery room is this thing you do through a website where you book last minute accommodation for dirt cheap but they don't tell you anything about the place until you've paid, and luckily we scored the jackpot. As much as I loved sleeping on the floor the night before, this room was pretty great. 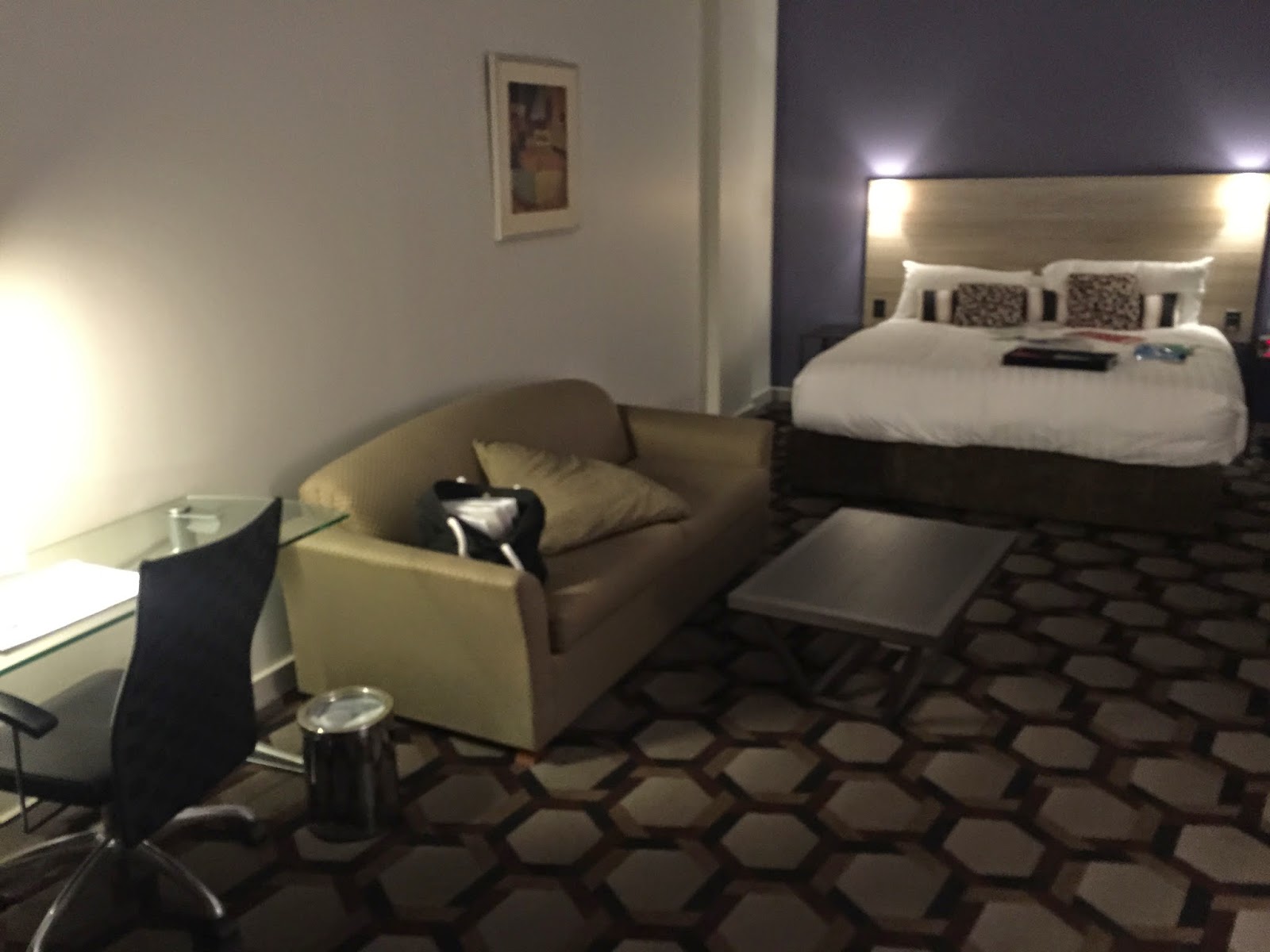 It didn't have a view of a bay but it did have a second door that opened into an enchanted forest courtyard. 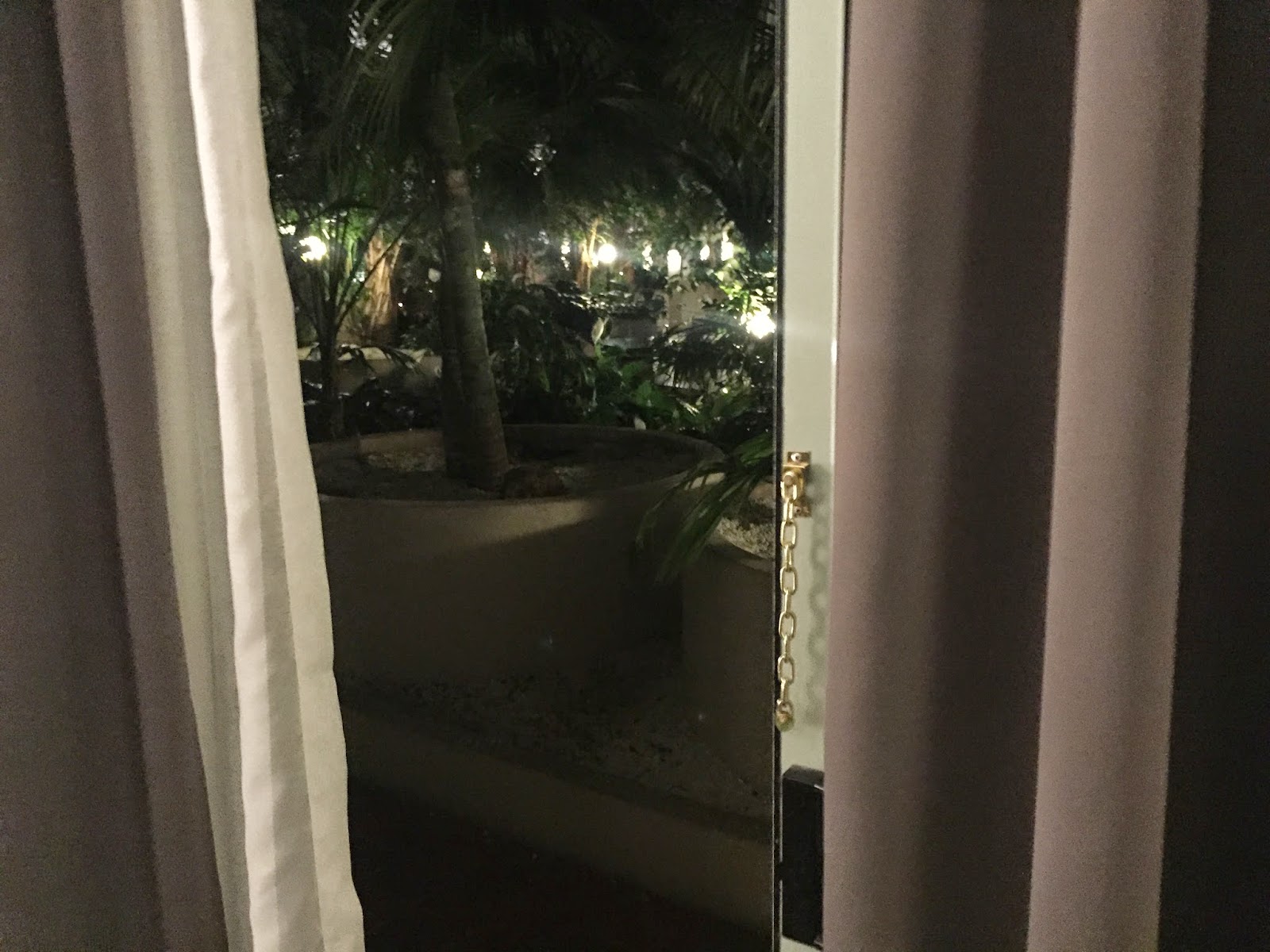 Here's a photo of me Sunday morning. (How come I'm always so lonely, who wouldn't wanna wake up next to this?) 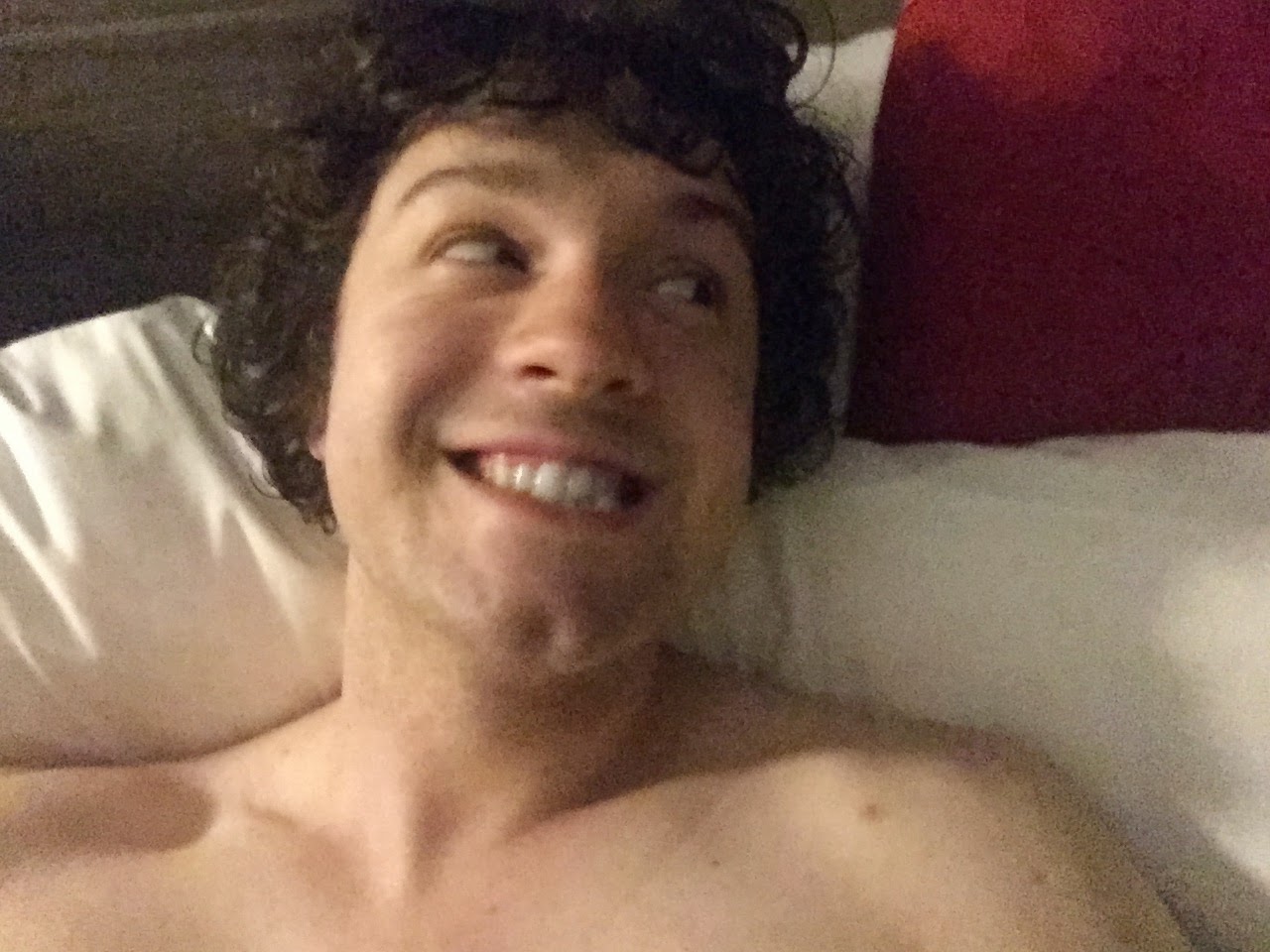 The thing I was most excited about with this hotel was the pool, here I am at 7am Sunday morning crushing a little boy in a 50 meter freestyle race.

Pufferfish aren't the only artists who can swim. 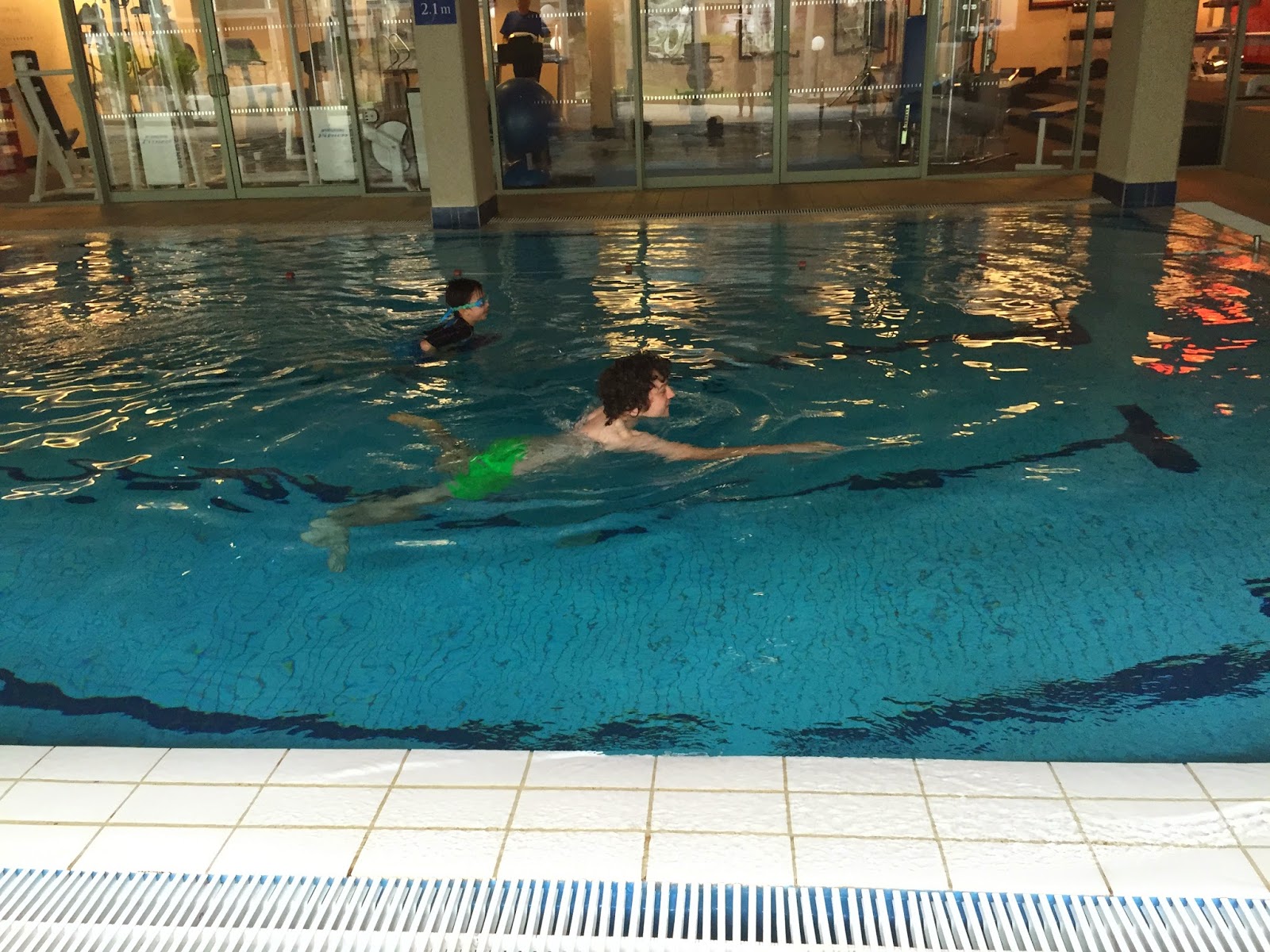 Checking out of the hotel I went to the supermarket for breakfast, where I discovered the only flavour of Chupa Chup you can get in Canberra is caramel. 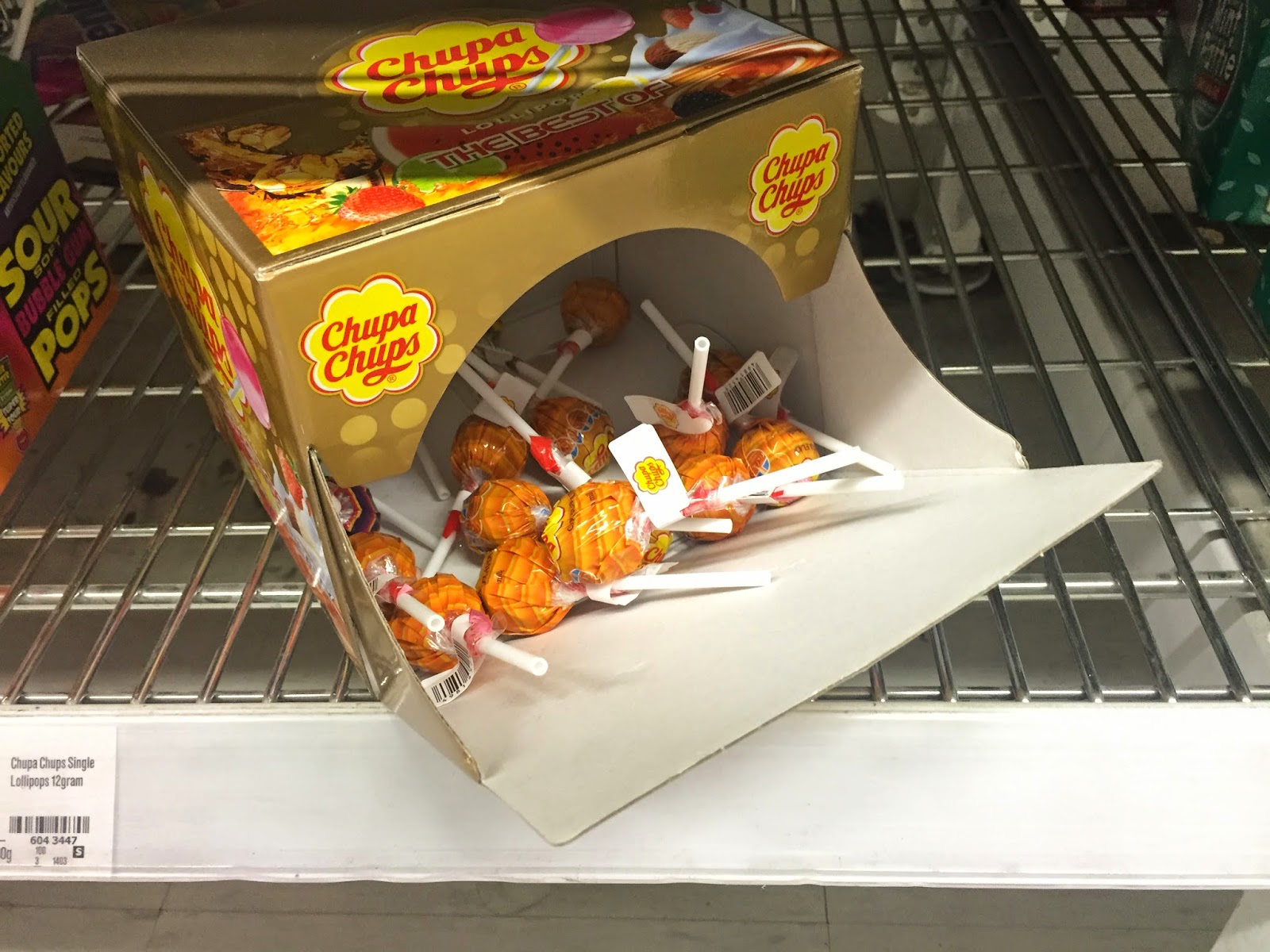 One things for sure though; the James Turrell exhibition doesn't suck. I loved it. 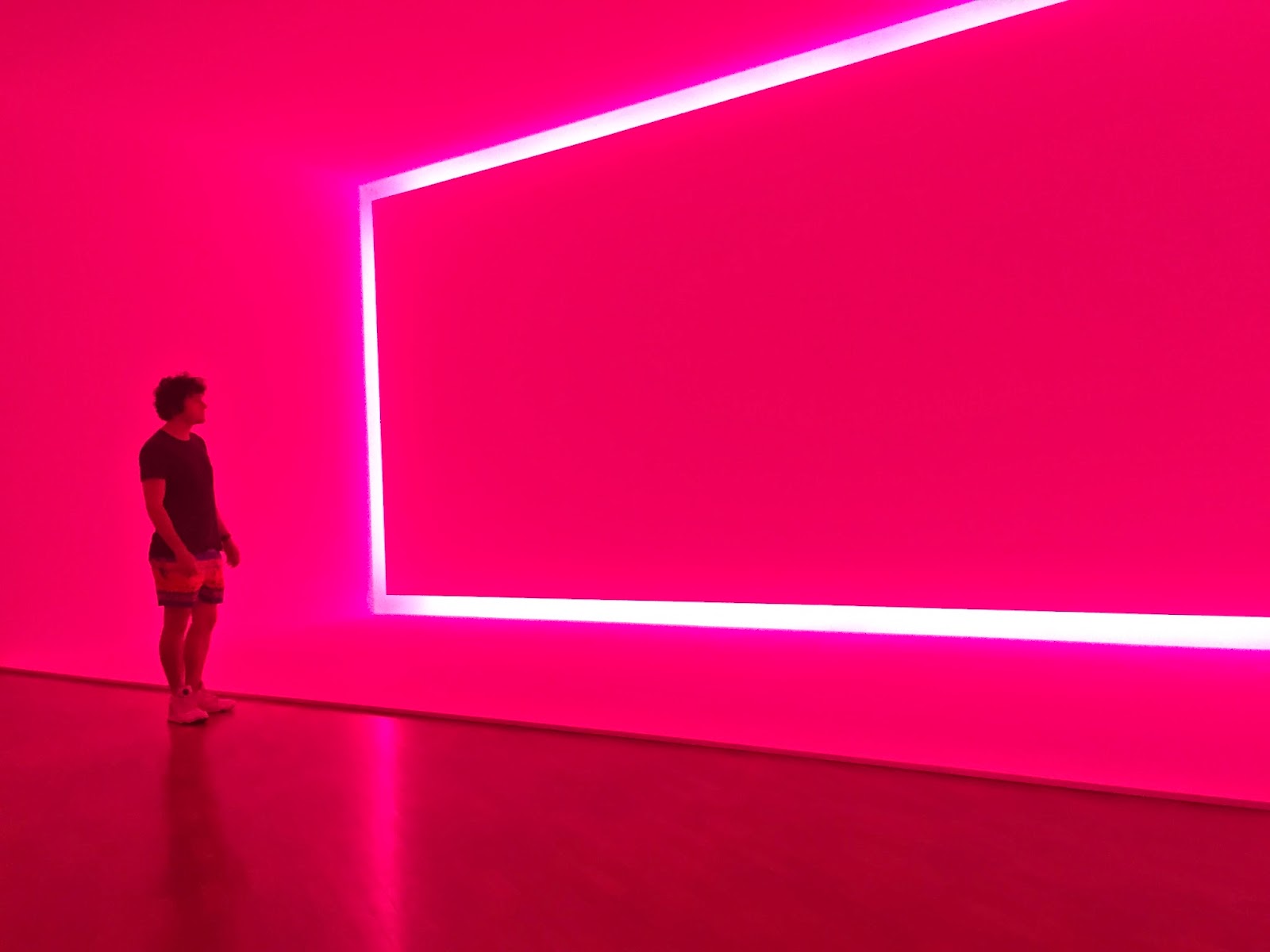 I started to do a drawing in my favourite room, although there wasn't much to draw. I got a fair bit into it before a security guard told me that I was not allowed to use a marker in the gallery. 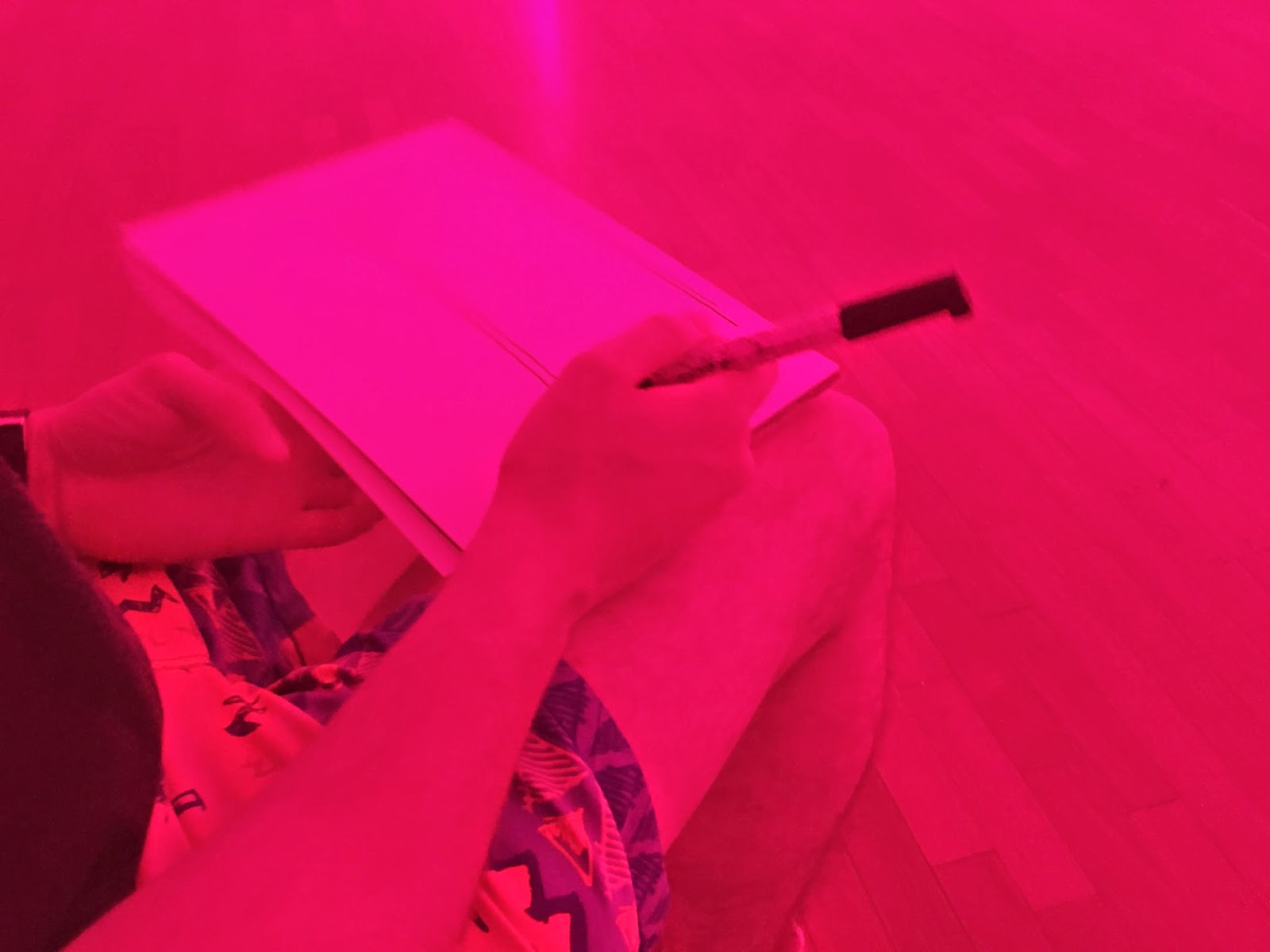 So I put away the marker and got out some whiteout. I was hoping if I used it to colour in the bright light bit that maybe it might make my drawing glow, but it didn't really work. 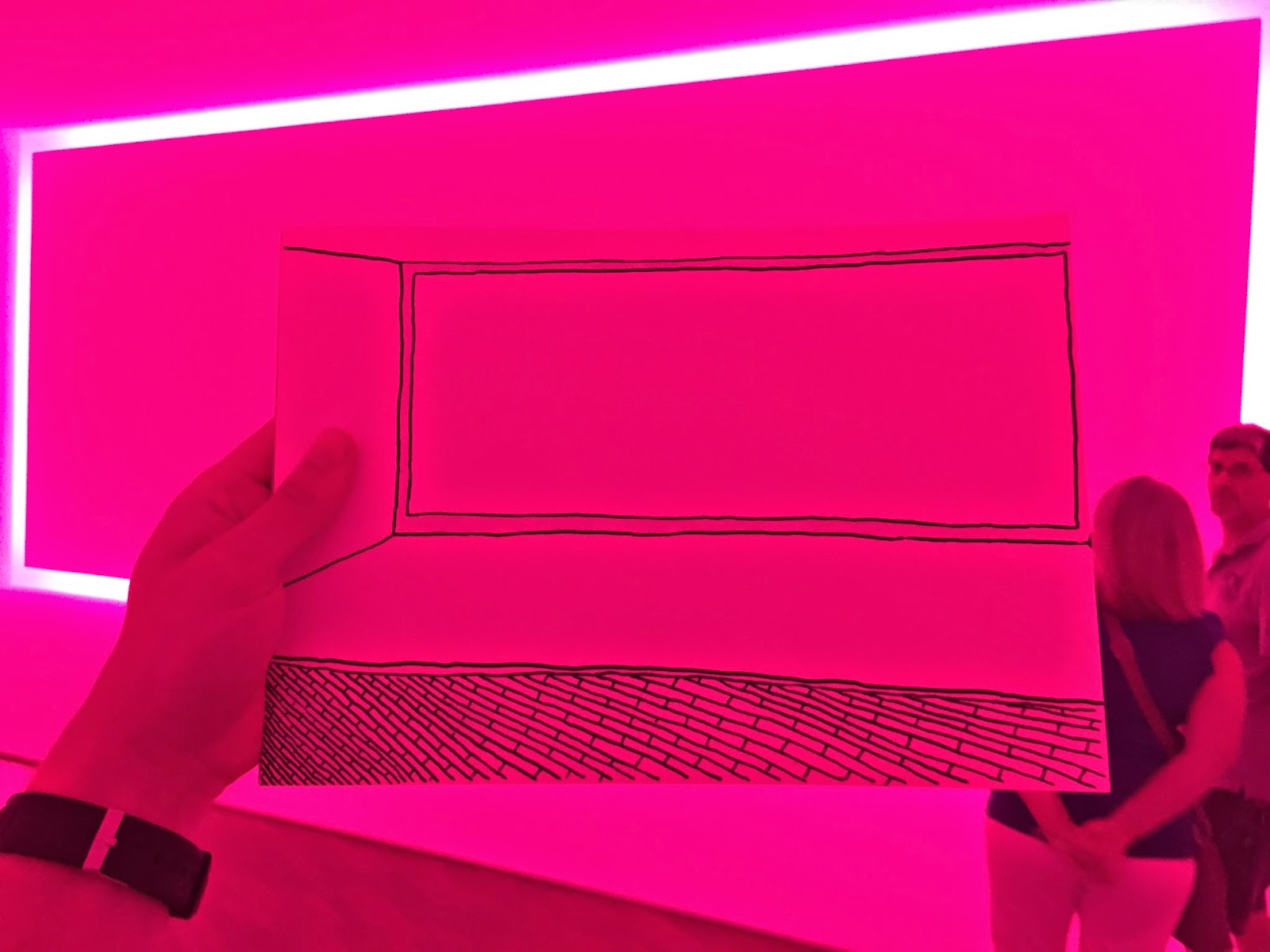 Taking the drawing out of the gallery it instantly looked a lot less vibrant. 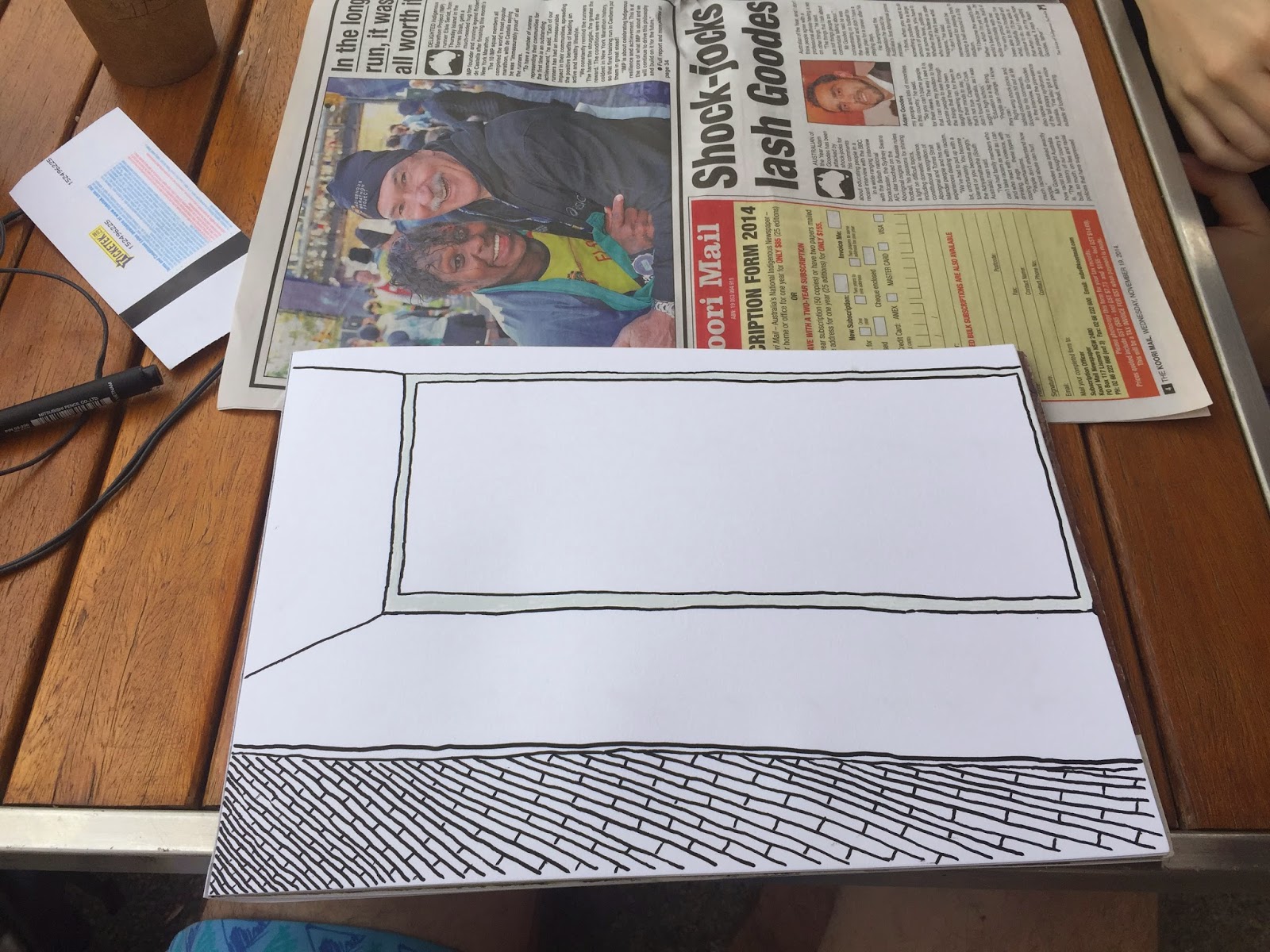 So I've since gotten a bit of paint and tickled the drawing pink, and now when I look at it I feel like I'm right back there in the room. 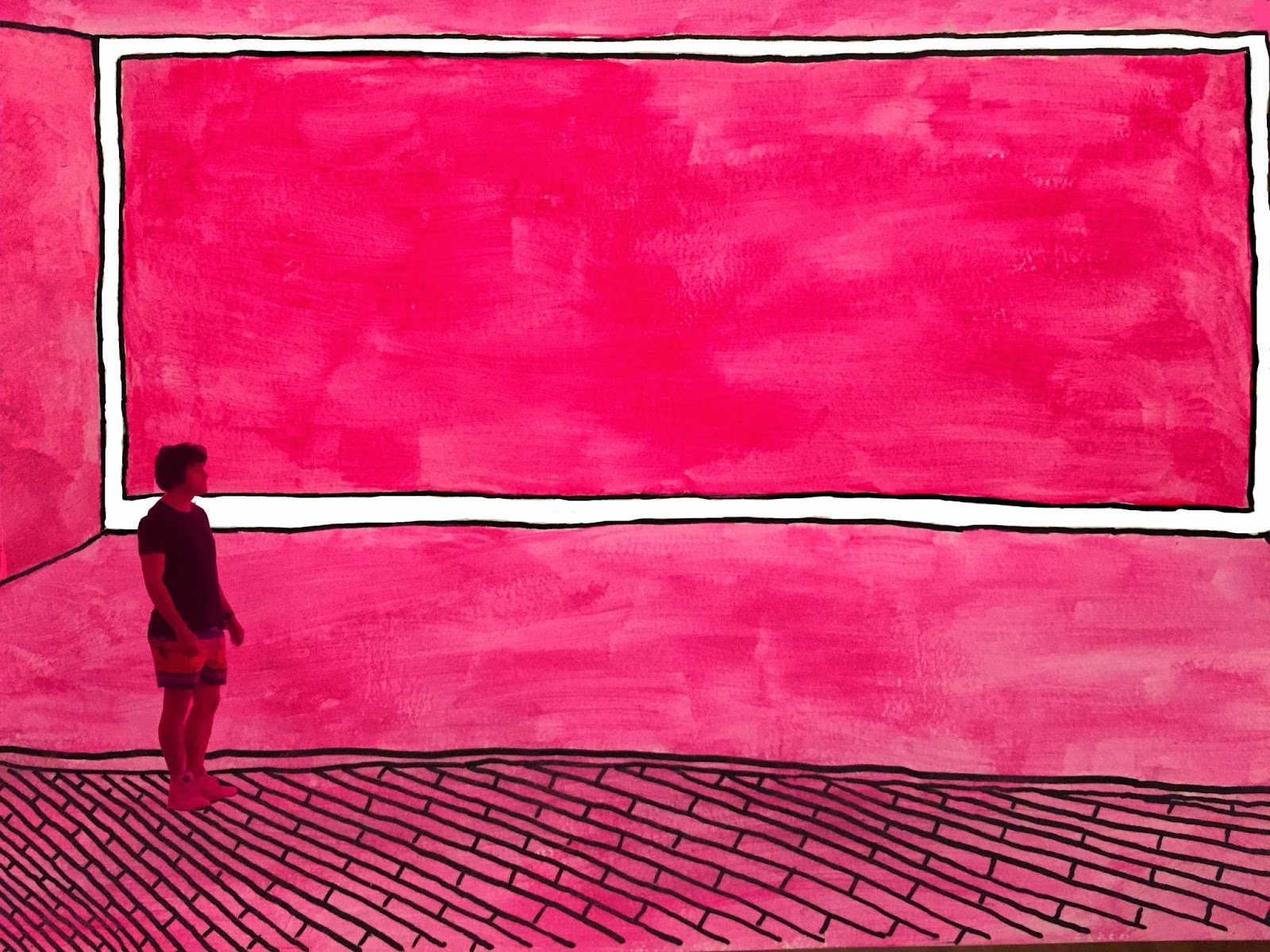 I love the National Gallery of Australia, and I thought that I was having the best time possible in the NGA until I spotted Brett and Wendy clearly having an even better time than me. 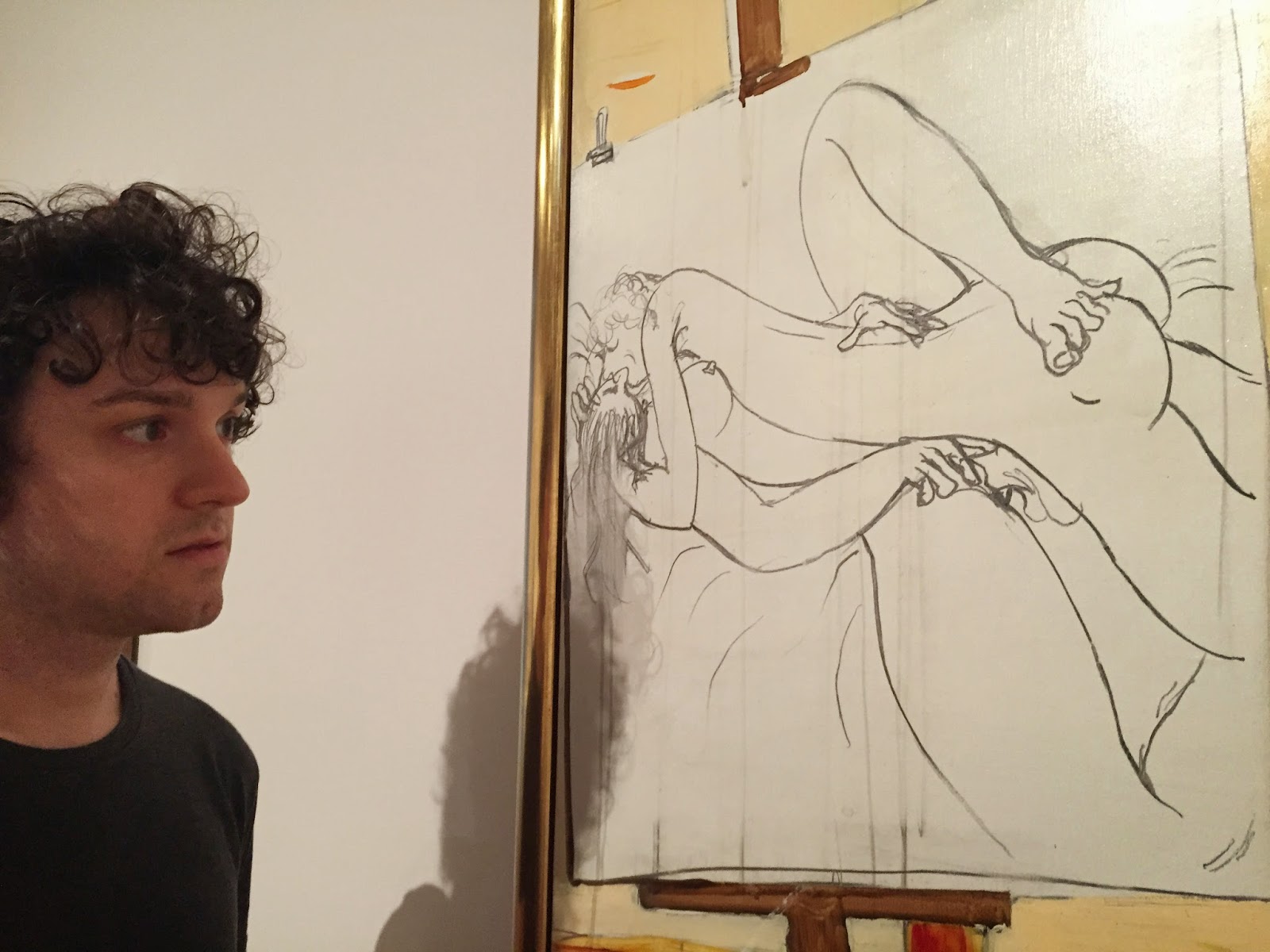 Now that the day had climaxed, we began the drive home from Canberra to Melbourne, stopping only at a McDonalds for a couple of very affordable large waters when the heat made us thirsty.

(Hume highway? More like Humid Highway. Am I right?!... Yes, good one Kenny.) 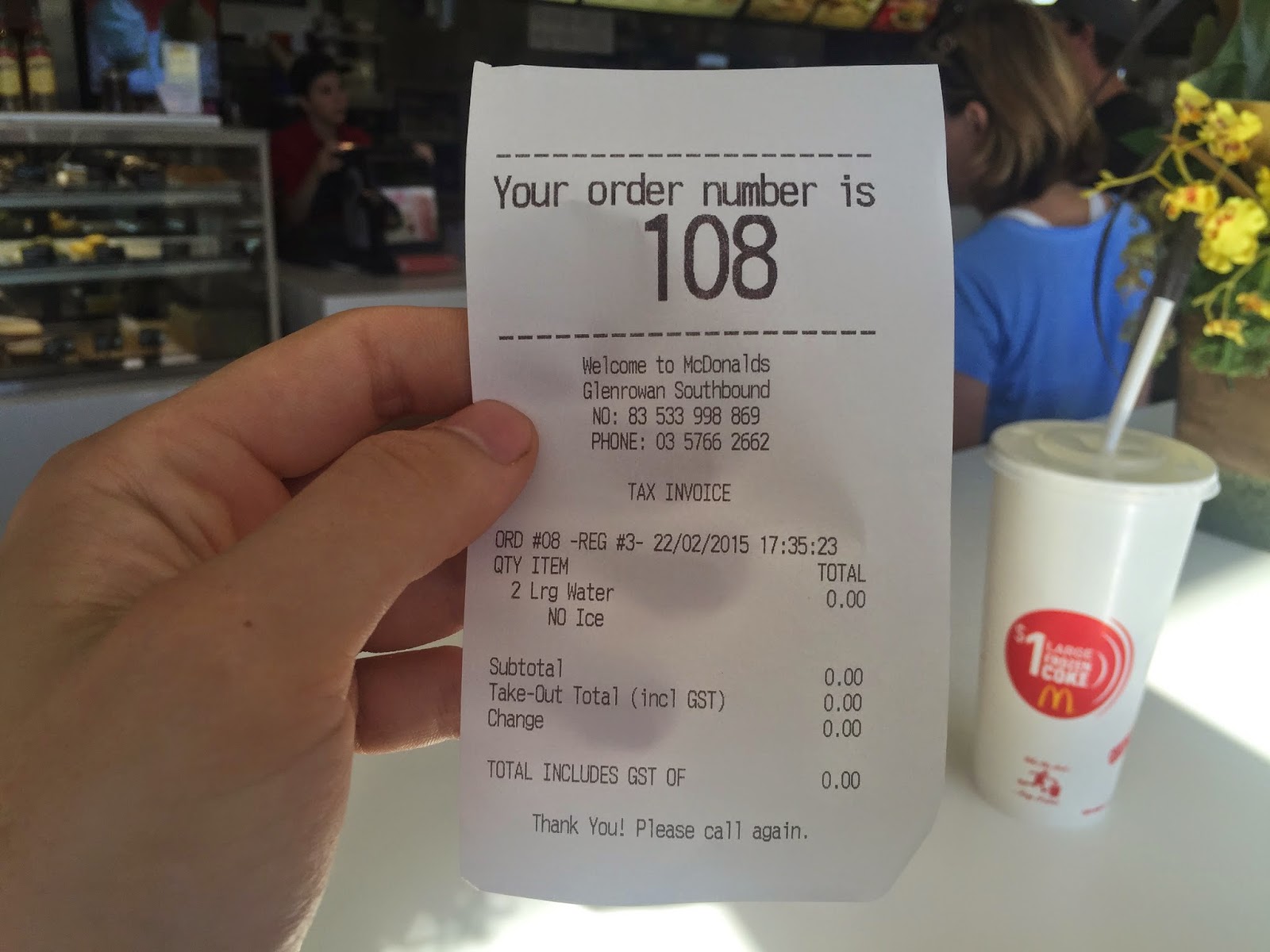 The other place we stopped at was the iconic place of 'Dog on the Tuckerbox', sculpted by stonemason Frank Rosconi in 1932. According to wikipedia, the work was inspired by a drovers poem that celebrates a drovers dog who loyally guards it's owners tuckerbox by sitting on top of it. I used my very last piece of paper to do a drawing of it. 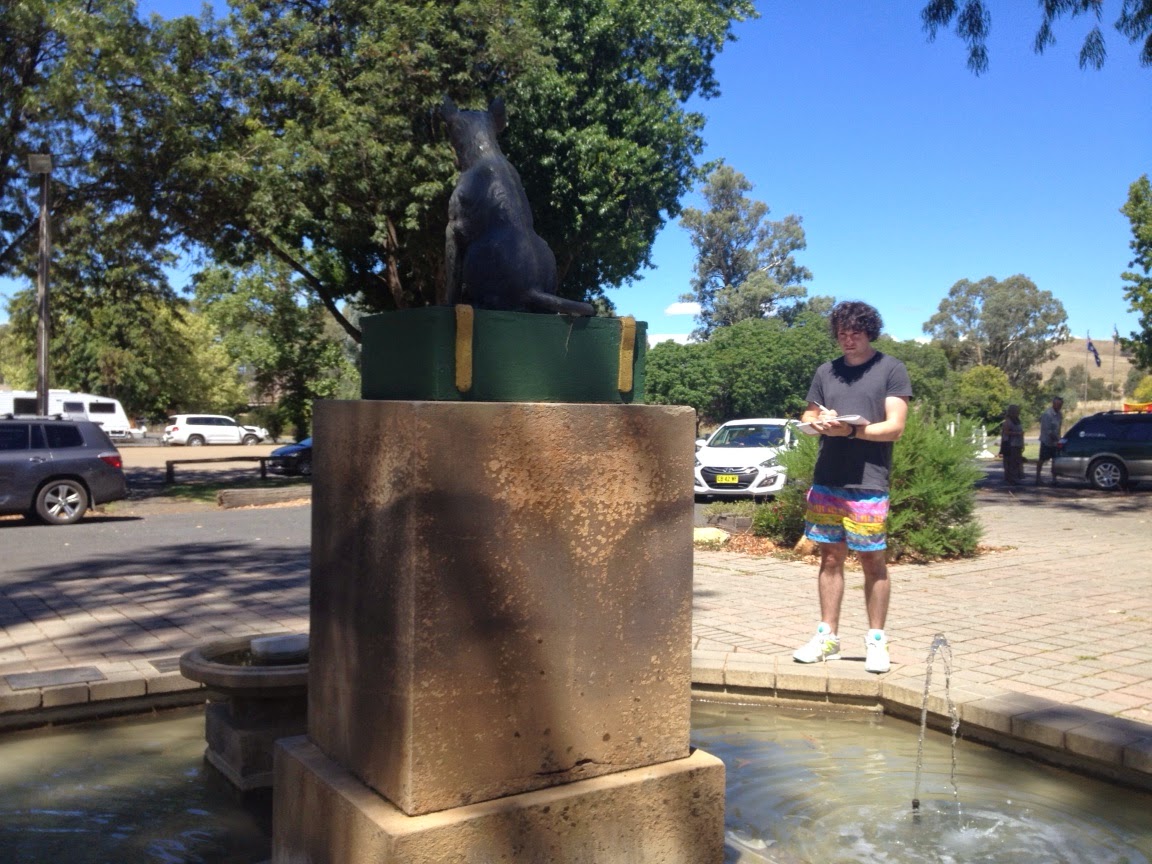 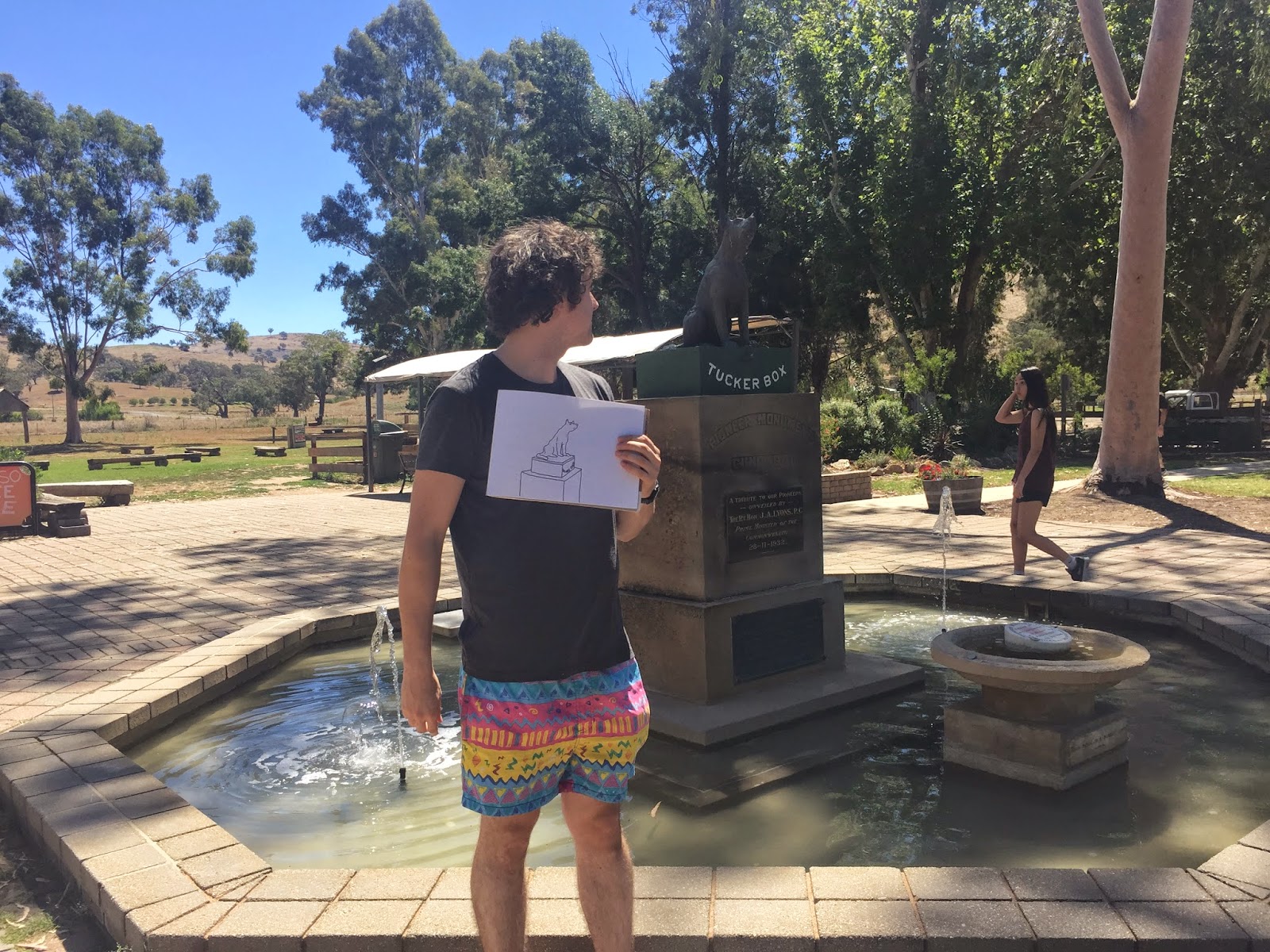 While exiting the area via the 'Dog on the Tuckerbox' gift shop I spent a few minutes looking at this sign. Do you think it's intentional that there's no space between the words 'more' and 'space'? Surely it has to be. I also like how OUTSIDE is in capitals to really drive home the joke. 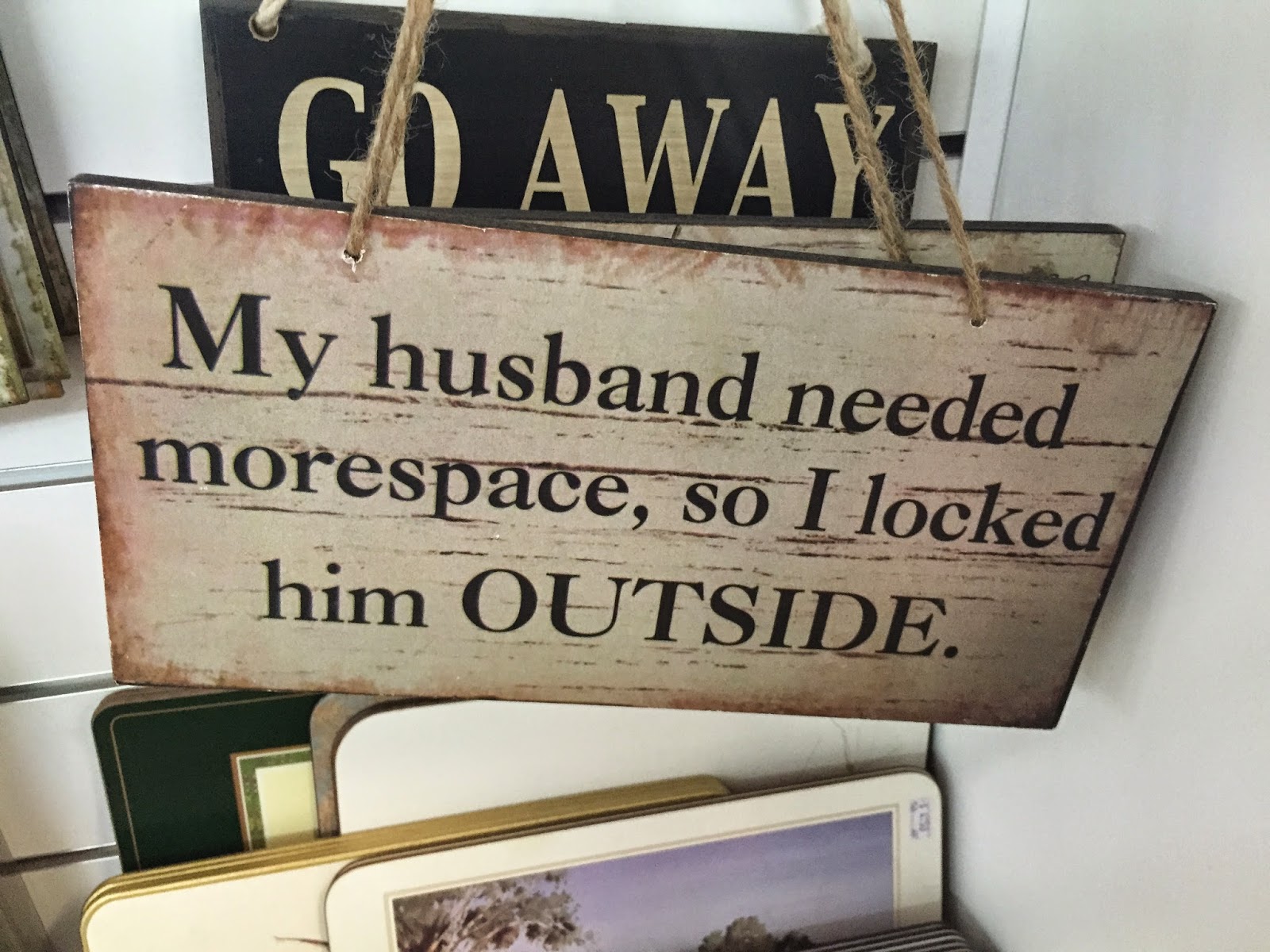 I didn't buy the sign but I did buy an icy pole, and as I did the woman at the register said "I noticed you were sketching out there, you have very good line control". I thanked the woman, (Tess, her name was), and I told her she was very kind and more than welcome to keep the little drawing. 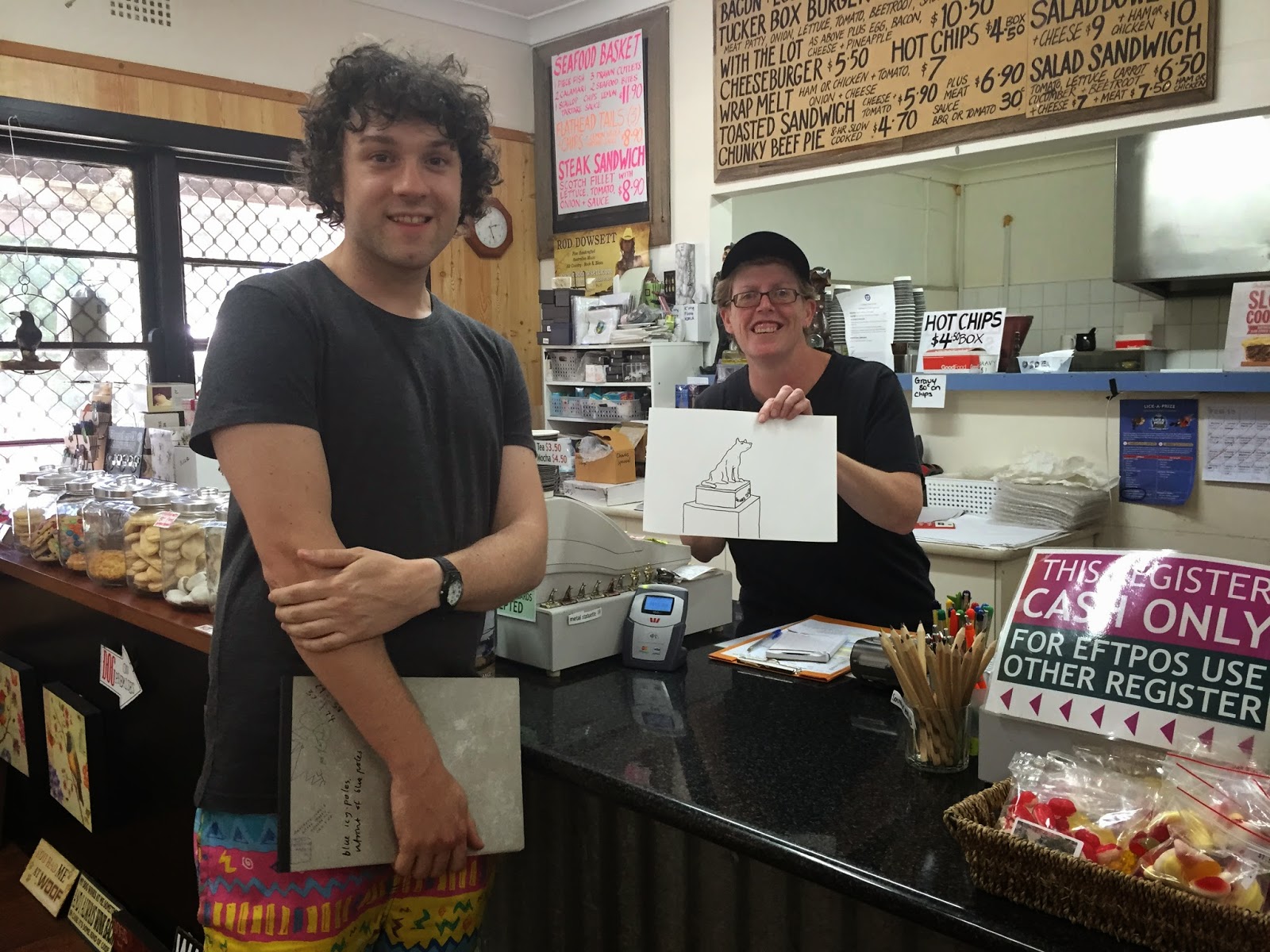 And the rest is history, here I am eating cheese and crackers at 110 k's an hour for the next 6 hours. 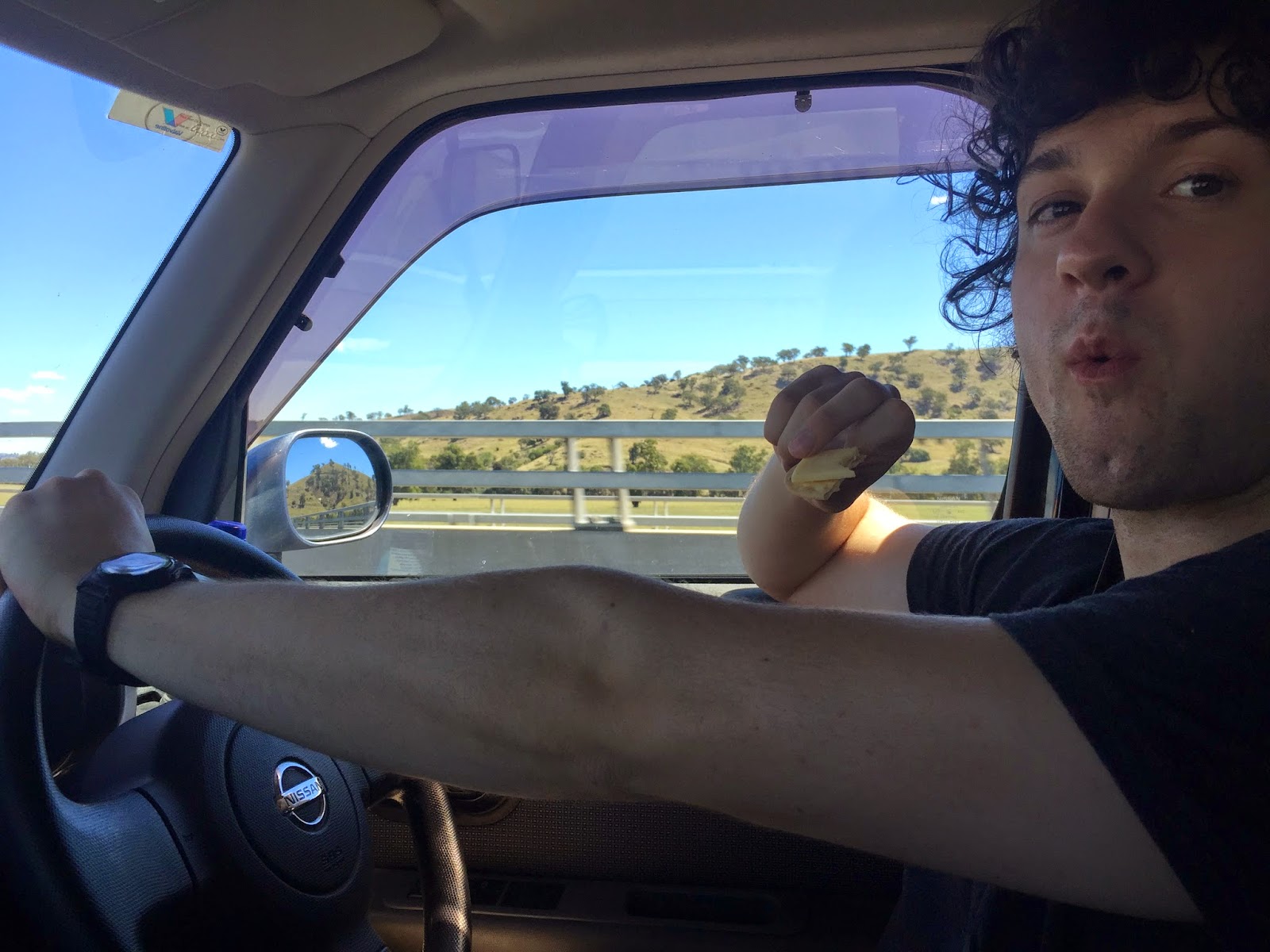 And so yeah, I'm back in Melbourne now, very happily so, and when I walked into my kitchen I was very surprised to have a puppy run towards me. Ha, and so little did I know, but we've got a puppy.

Meet Chloe. She's about the size of my foot. Which is perfect because I like my dogs how I like my subs; footlong. 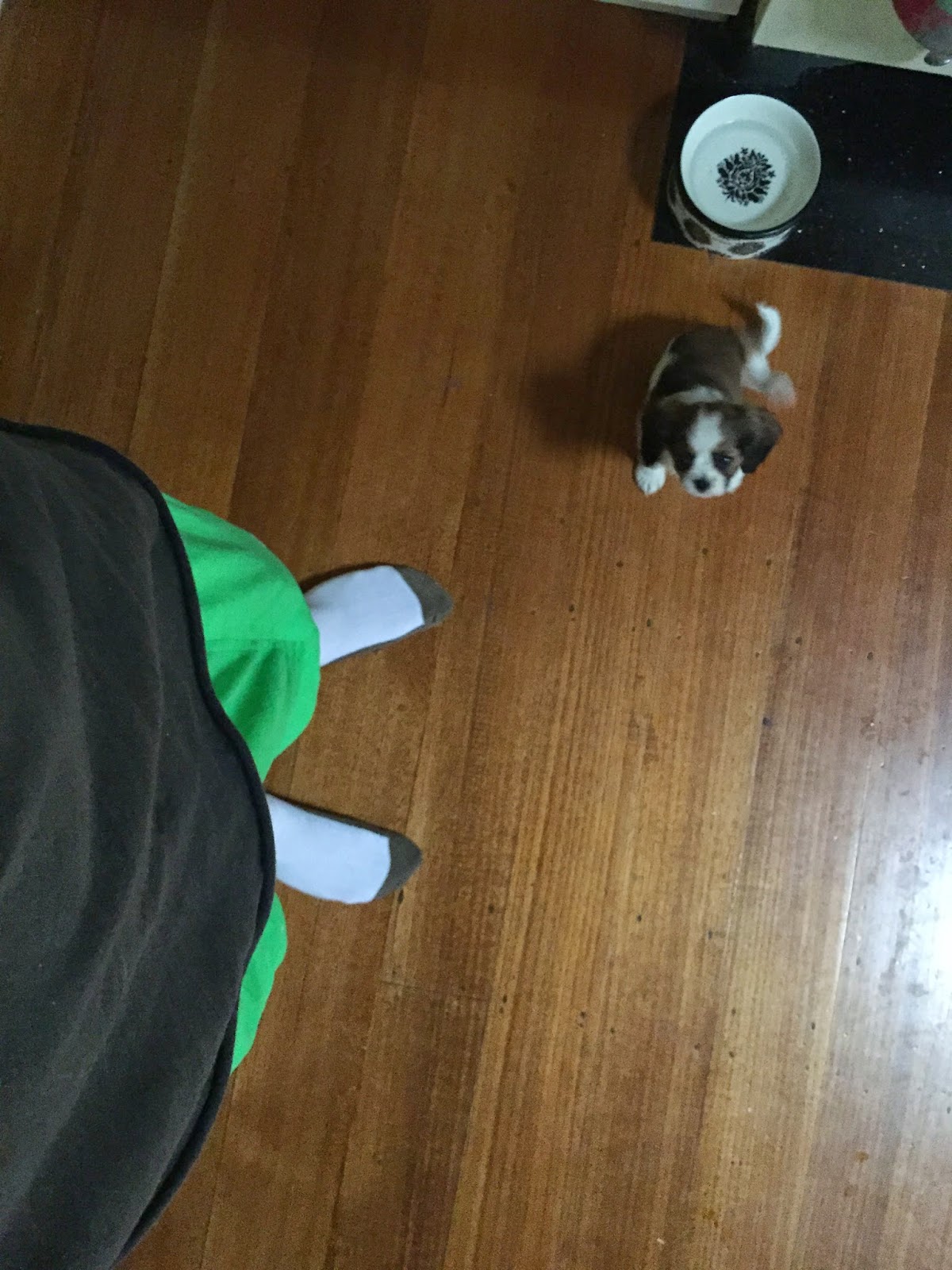 Here I am holding Chloe in one arm, and holding my best pals bag in the other. They both look so similar I can't remember which one's which. 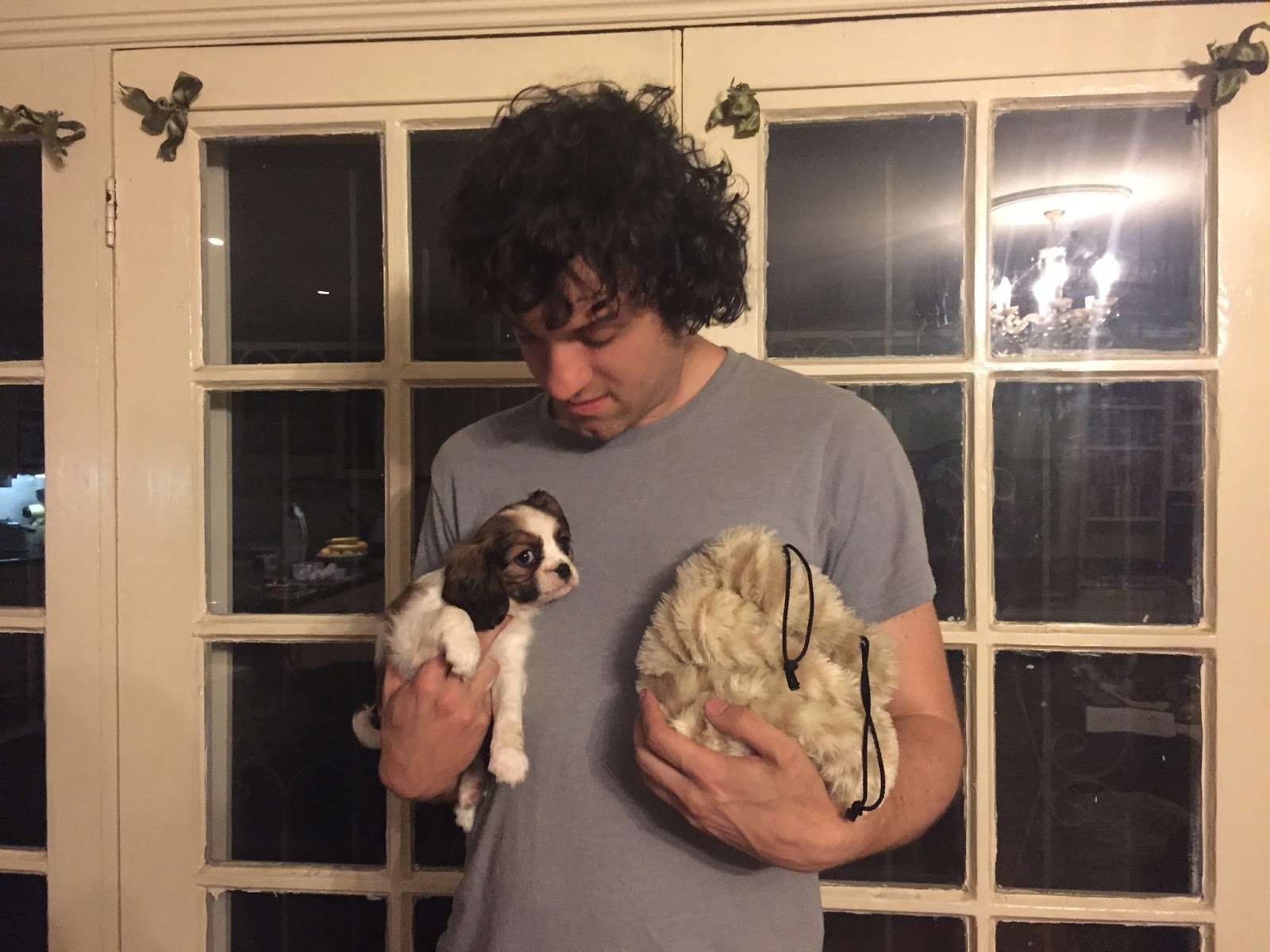 I've never had a girl dog before, I keep calling her boy. I thought that all cats were girls and all dogs were boys. This changes everything. Weird right, just thinking about it I can feel my mind expanding outwards like some kind of puffed up fish. 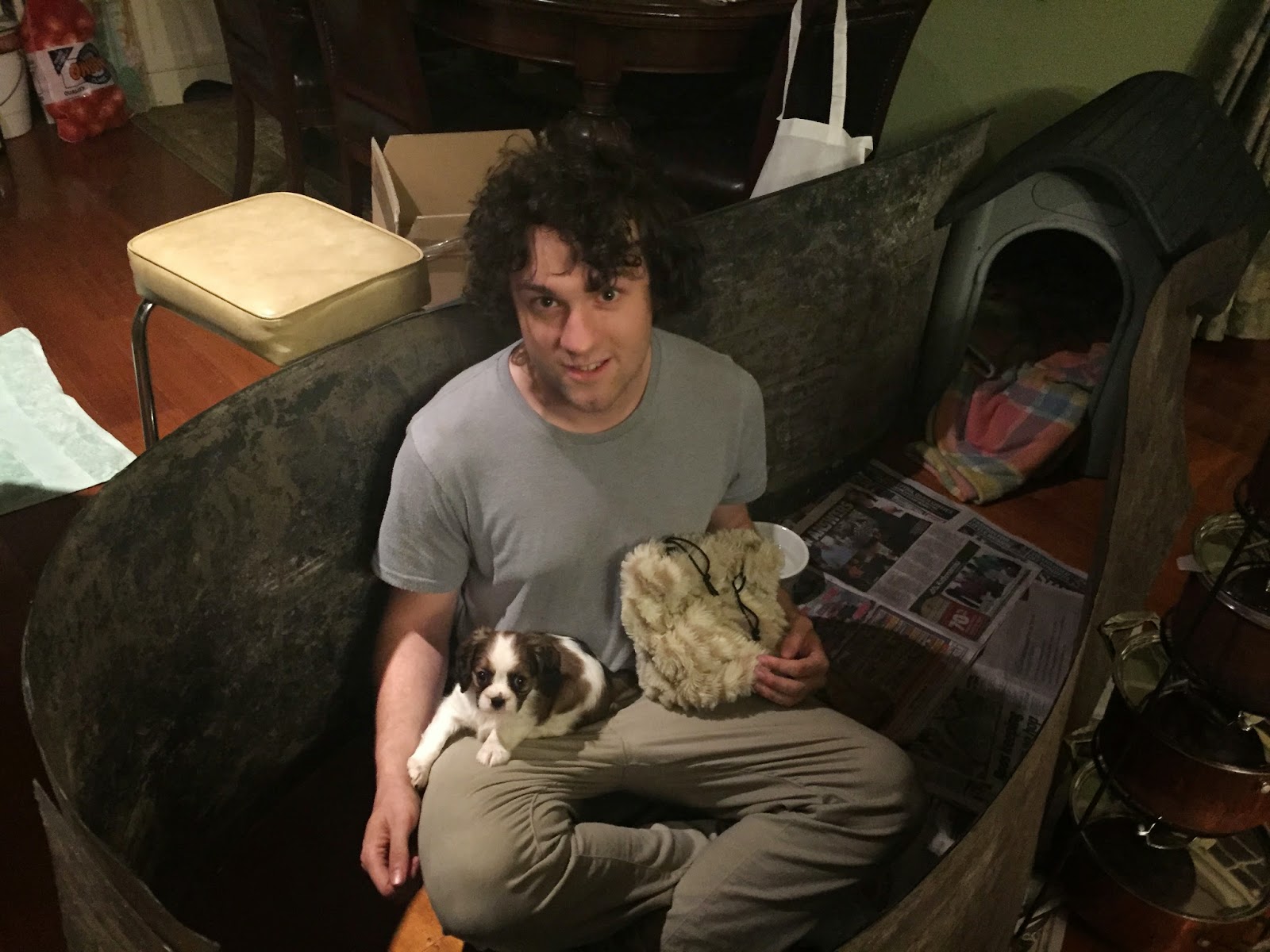 And even though my work couldn't possibly compete with that of James Turrell or a sand manipulating fish I'd still love for you to come by to one or all of these shows, join me for a drink and check out some of the stuff I've been up to.

But even if you can't make it to the shows thanks heaps for reading this, I hope everything with you is going swimmingly, and remember to keep your eye out for Chloe Pittock, she's my tip for the next greatest artist of our time.

And so yeah, that's pretty much it, Chloe's picking this whole art thing up pretty quickly for a two month old, today while trying to learn from the masters she had a go at replicating Dog on the Tuckerbox, here's Chloe's version, Dog in the Tuckerbox. 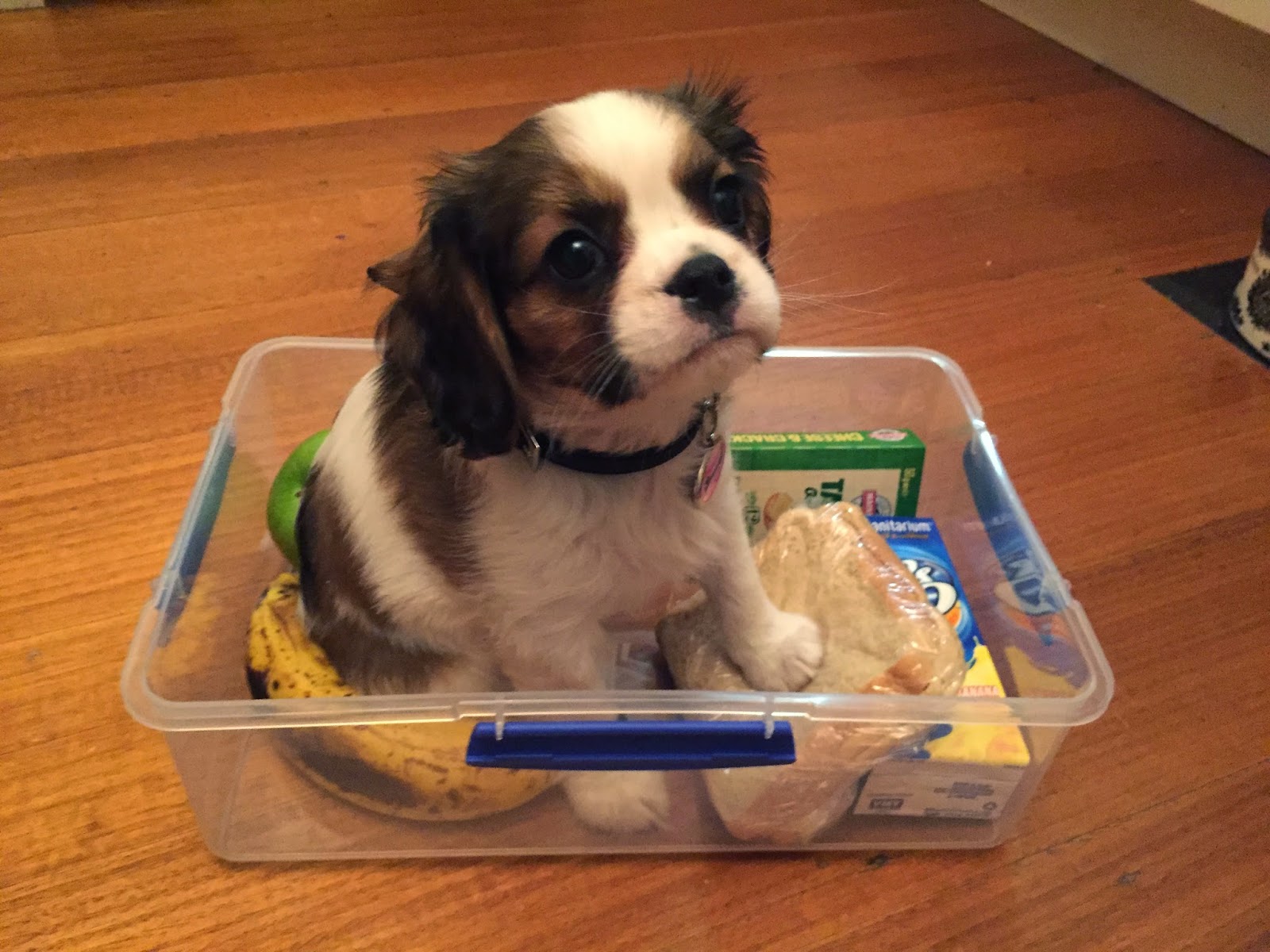 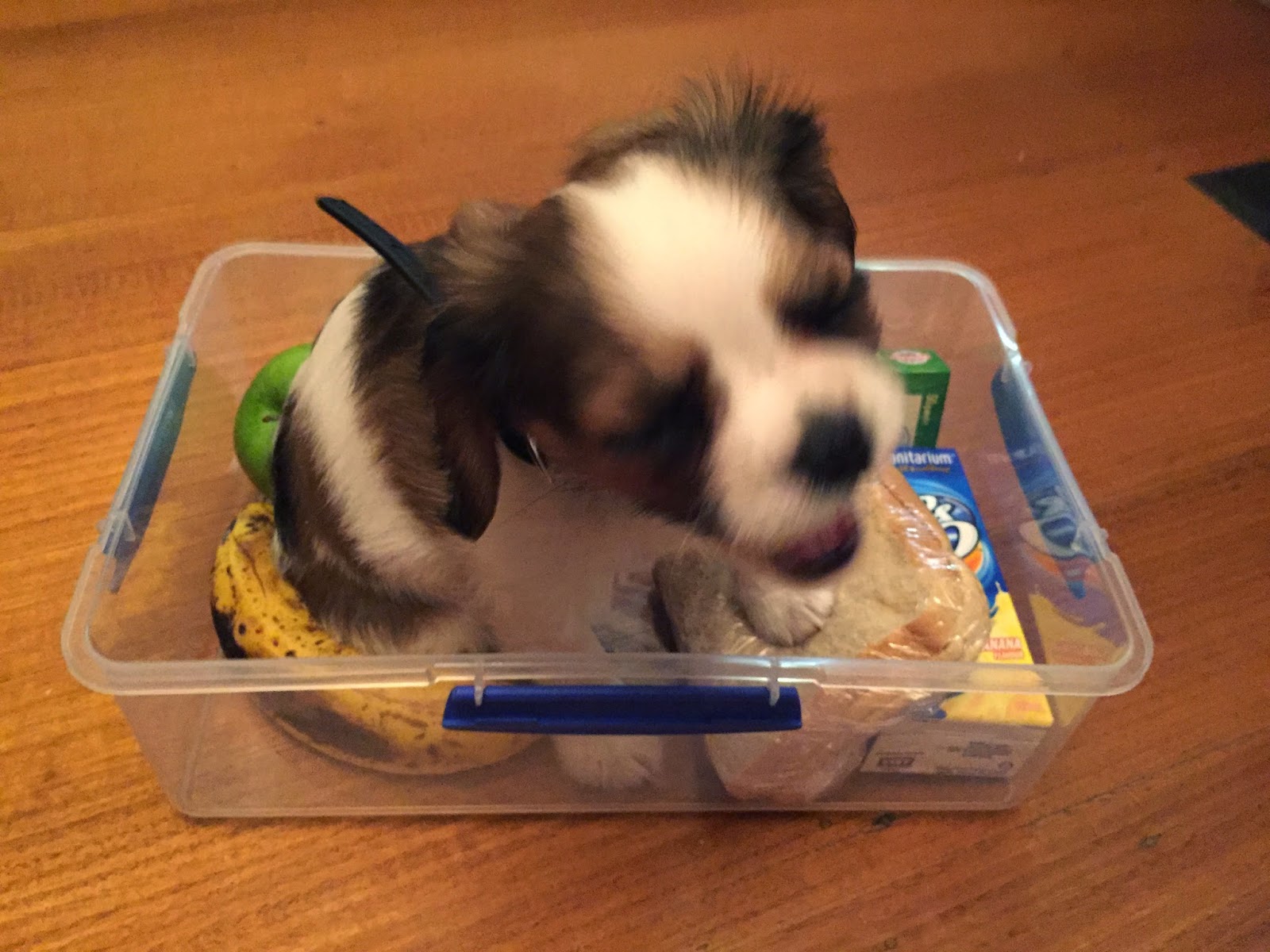 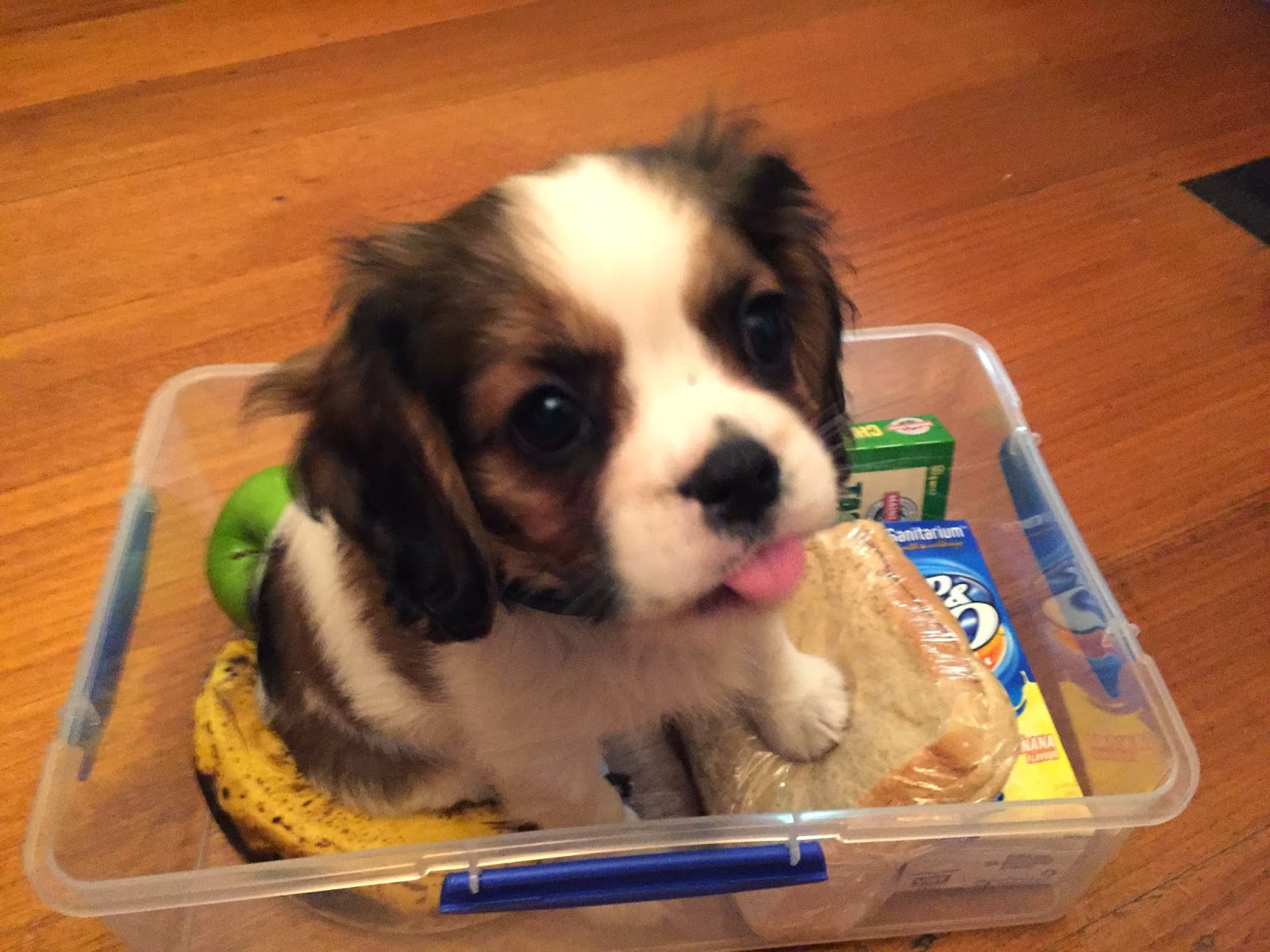