Hey pal, how've you been?

I haven't written anything here in a little while so I figured today's the day. So yeah, here's something I've been thinking about this morning.

I'm 24 and I've never left Australia, and putting aside the obvious fact that I don't really have the money, it's just never really been a priority for me.

The last six months or so though I've been starting to change my mind a little bit, I'd love to go everywhere.

One thing I've decided, as a result of going to the shopping centre this weekend, is that I no longer ever need to go to Paris;

Why would anyone want to go to Paris when we've got a perfectly good Eiffel Tower right here at Fountain Gate? 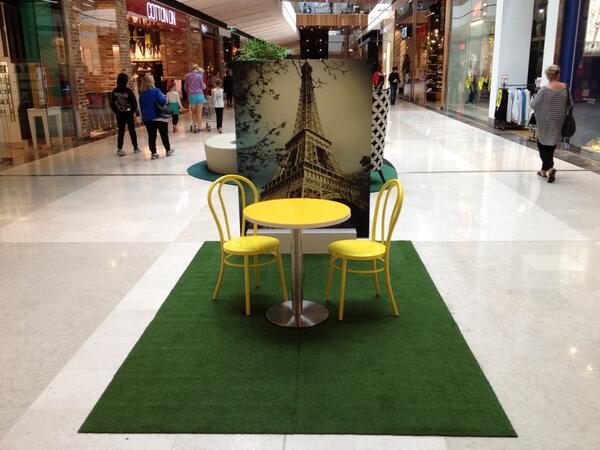 To get the most out of the great structure I stopped by France again the next day to eat my breadstick and drink my red wine. 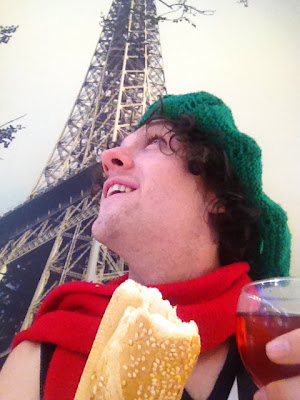 The nearest I had to an appropriate stripy shirt is my Collingwood top, the stripes are vertical not horizontal, but it's close enough. 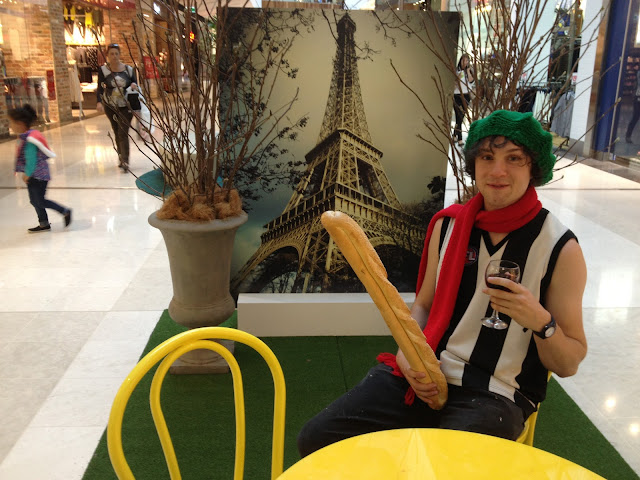 Also, I was driving, so instead of red wine I was drinking Ribena blackberry juice. 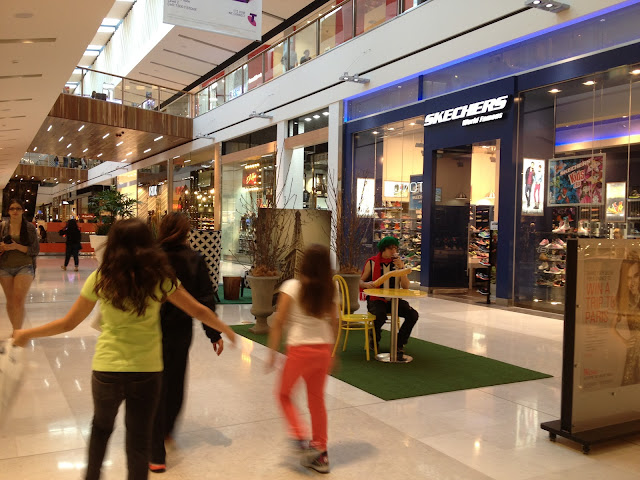 I find dunking the crusty bread in the Ribena makes it a lot easier to eat. 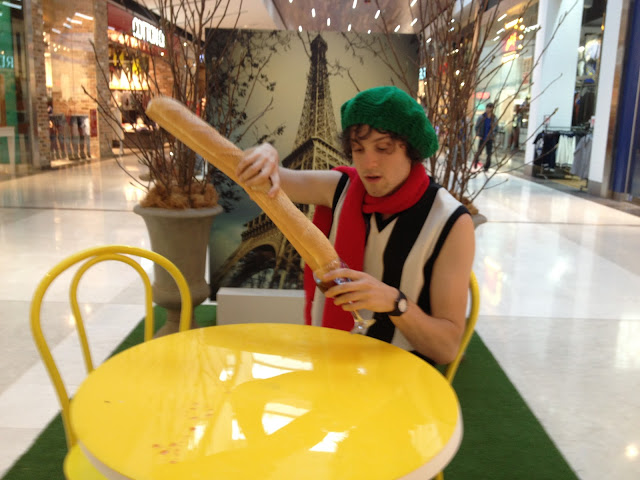 I'm pretty sure that's how the French do it. After leaving the Eiffel Tower I went into Sanity and, much like my outfit, I couldn't decide between a football dvd and a So Frenchy So Chic cd. 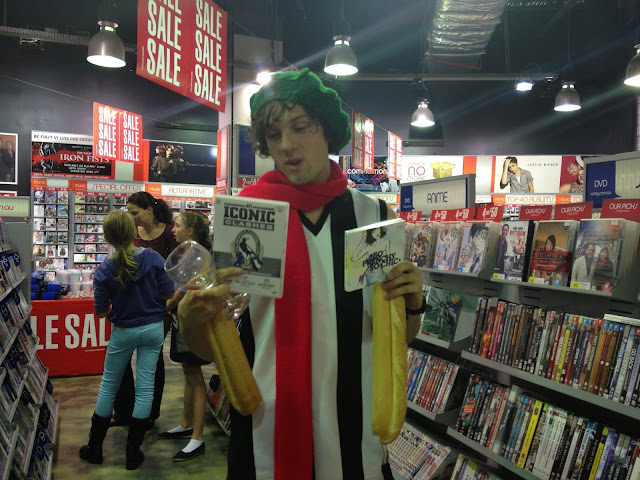 In the end I decided to just get a Boost Juice.

Here I am waiting for it, which was actually a lot more embarrassing than I was expecting. 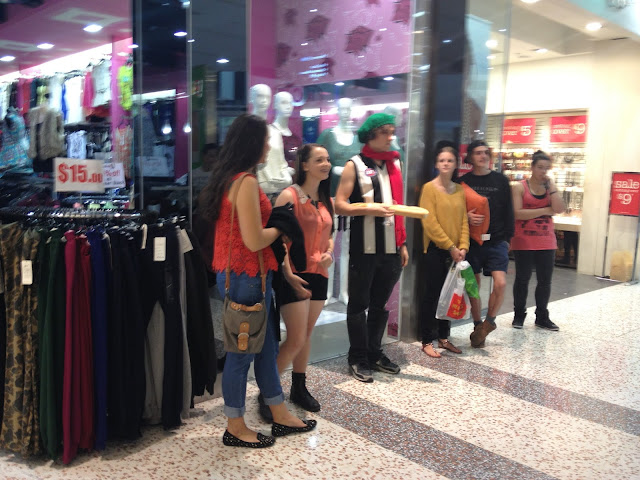 This whole thing was pretty dumb, and I might not've put it onto this blog except that having accomplished everything I could've hoped to in France, as I was leaving Fountain Gate I came across this Footy Fever themed Skill tester. 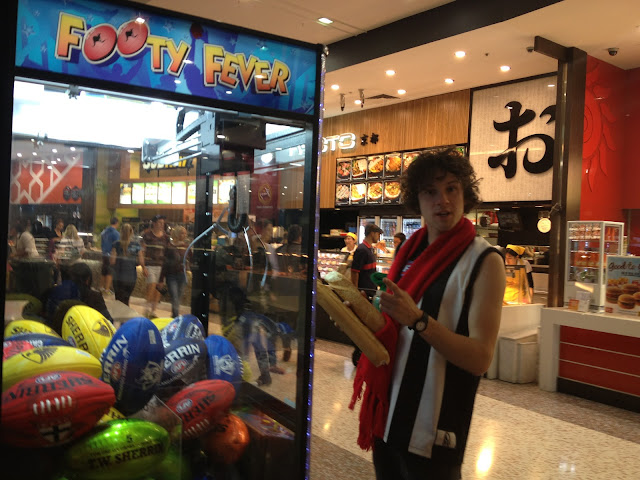 There was a ball standing on it's end that I thought I might be able to knock down with my breadstick. I couldn't get it, but I just about broke my wrist trying. 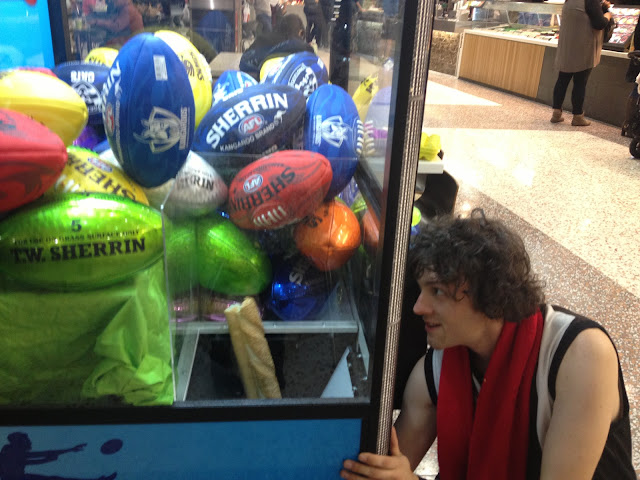 After my failed attempt at getting the ball using bread, I decided to put in a gold coin. 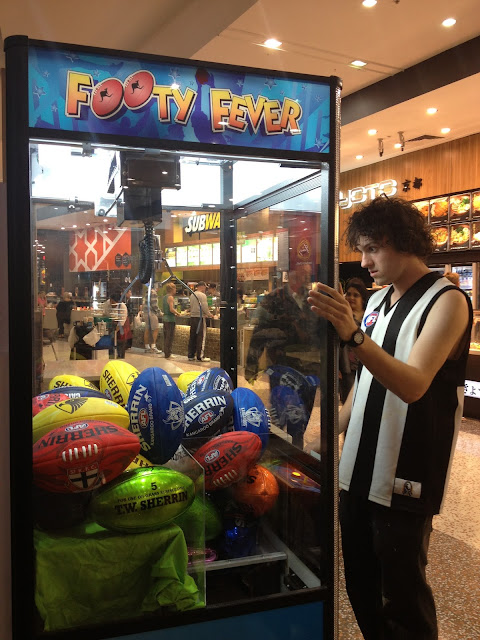 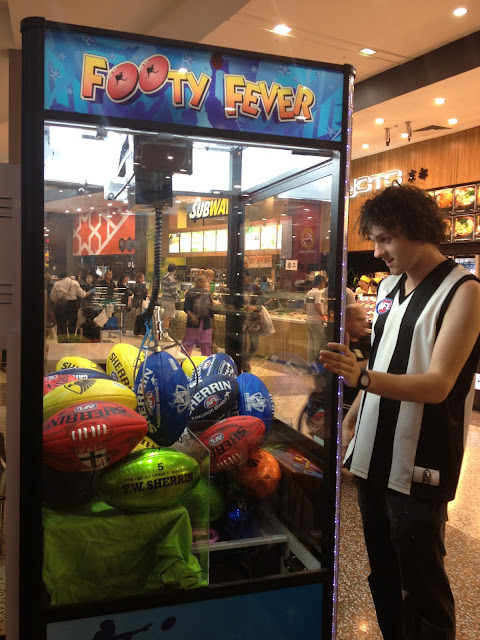 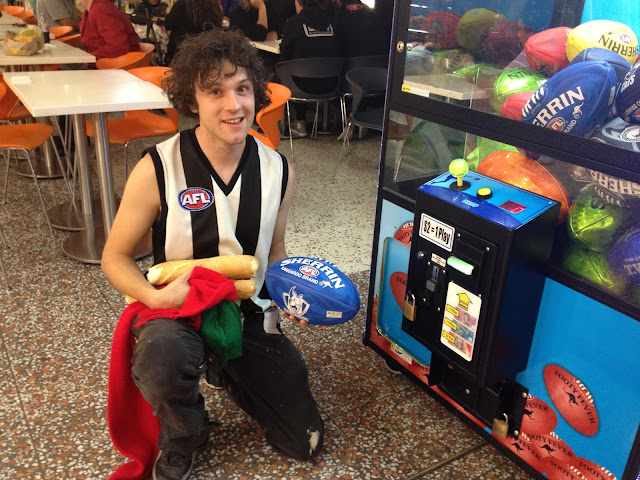 And so, much like Collingwood did to Carlton yesterday, I had the skills and won the football.

The poor skill tester didn't know what it had been up against though, my skills have already been tested many a time, as in my past life I was actually once a skill tester junkie.

And so to finish off this blog post here's a very old photo of a collection I made, I think in 2004 or 5, in the summer between year ten and year eleven.

It's called "49 toys I won on the skill tester using only money earned from busking with a yo-yo". 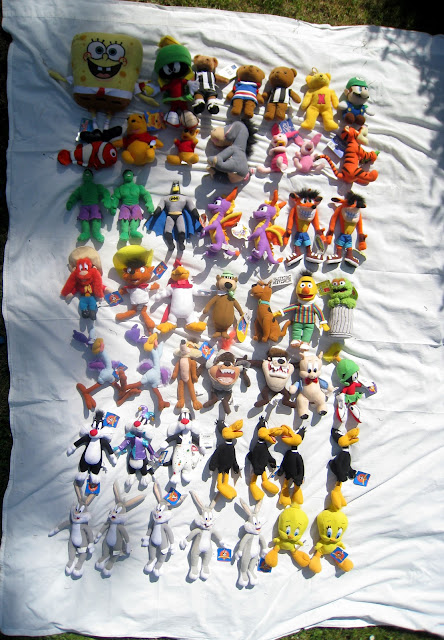 I guess that's enough for now, I should get back into the studio. Thanks heaps to Cherie Peele for taking the photos. And thank you to you, for reading this. Hope you're having a great day, see you soon.
Posted by Kenny Pittock