Hey! Let me ask you something, are you feeling lucky?

Today I felt I was so I splashed out and bought two $2 scratches, so don't stop reading now because at the end of this blog post I'll tell you whether or not I won a million dollars.

In the meantime though here's a drawing I made last year, it's paint marker on 225gsm archival paper. 29.7 x 42cm. 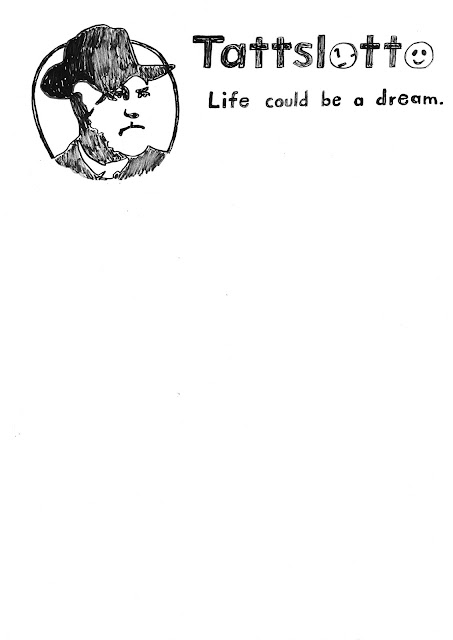 He never does win but I do love him for his relentless optimism.

From the above drawing I went on to create a bigger work, an advertisement for a fictional Lotto draw with a jackpot of 999 billion trillion dollars.

If my Dad does ever win a jackpot I hope he wins that one. 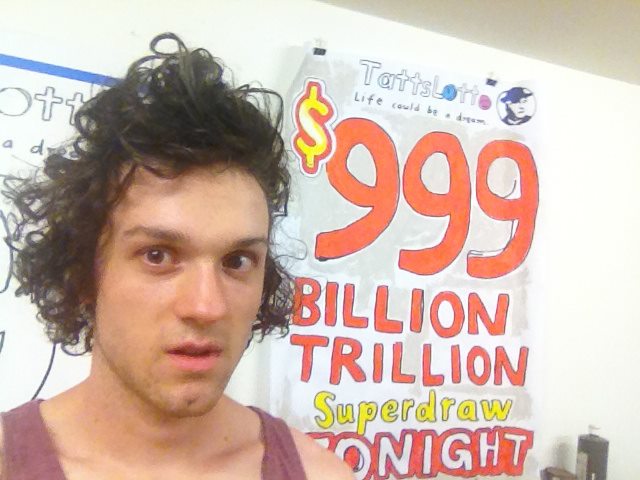 This work was really just a study for an even bigger work.

Here's a photo my Mum took of me while I was painting the bigger work. (I should point out that I wasn't just in my boxer shorts because I wanted to show off my hot bod, but also because I was working in a killer 45 degrees). 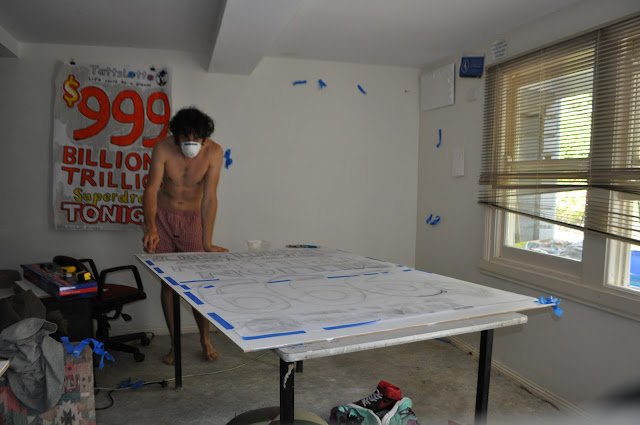 But despite the heat wave, and perhaps even incorporating it into the work, (I turned the dollar sign into a sun), I eventually finished the painting and here's a bad photo of it. 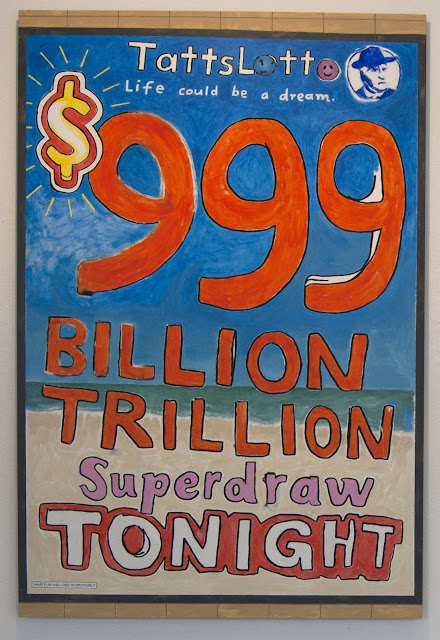 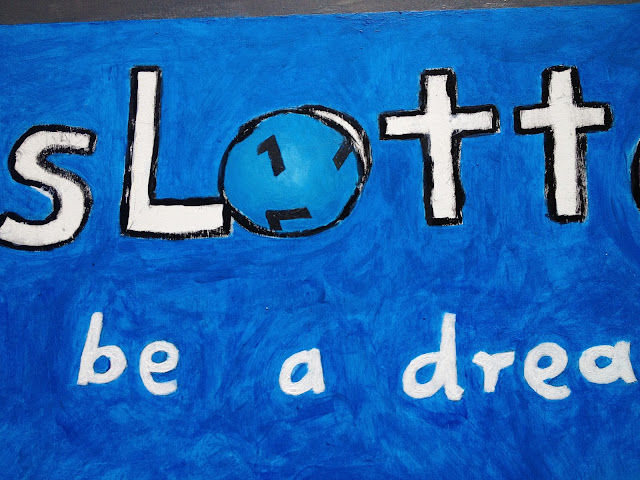 Here's some of the studies I made of the Tattslotto logo. 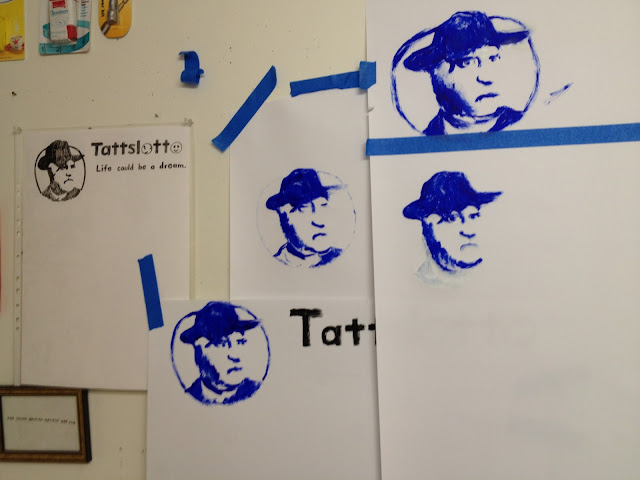 And here's the logo within the finished painting. 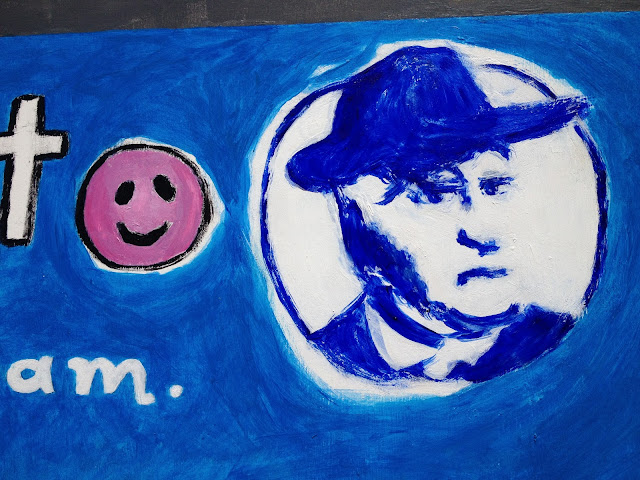 So yeah, that's the painting. And that was the end of it really until the other day when I was driving down Dorset Road and spotted this poster on the side of a bus stop. 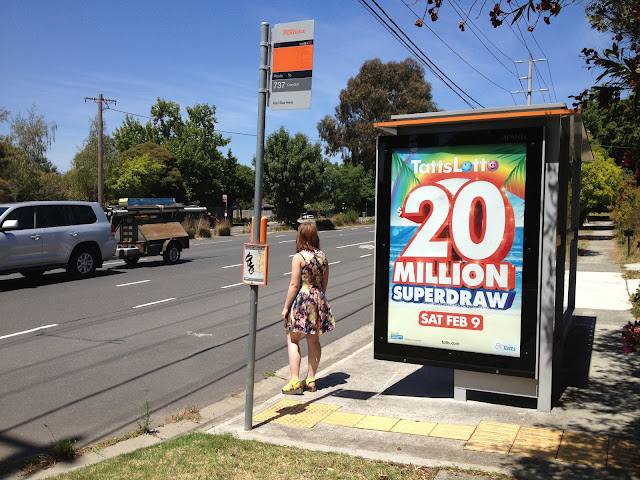 And so I came back, and here's my painting, seamlessly placed in front of it. 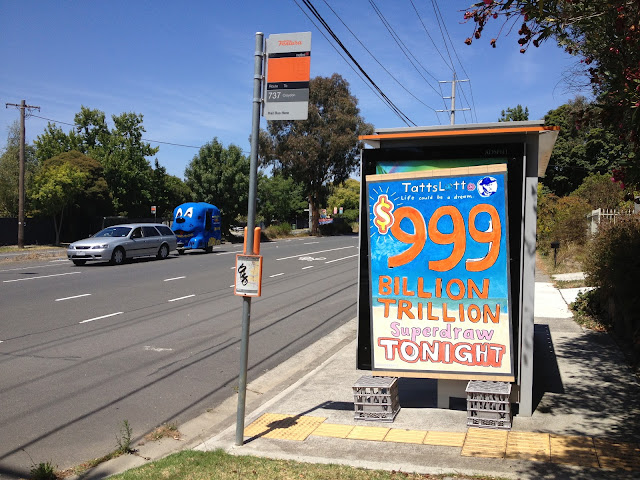 For a couple of minutes the piece had an audience. 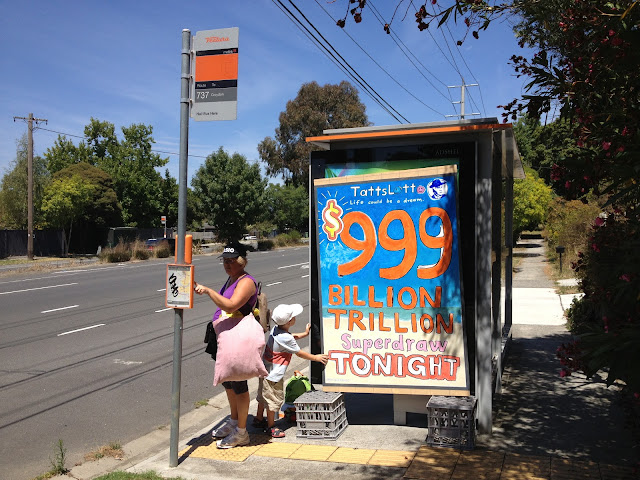 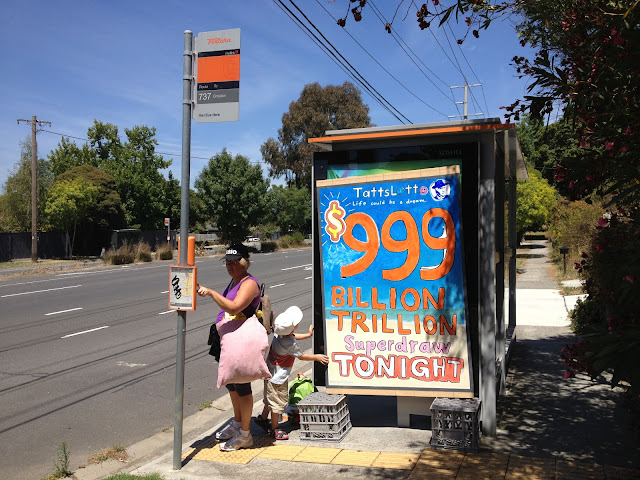 But then the bus came. 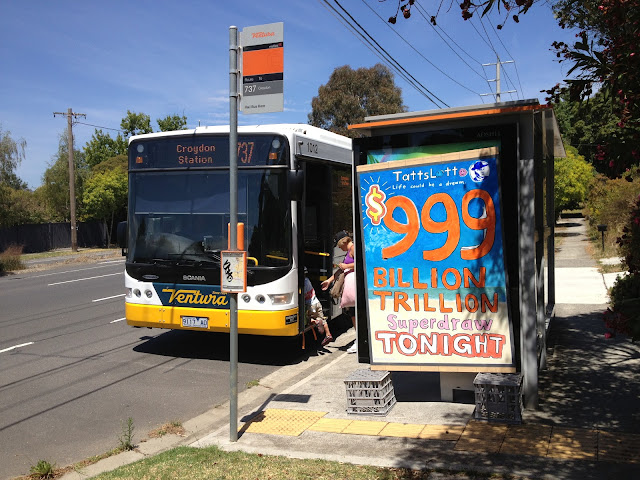 But so ok, enough about the painting, let's get to the bit you've been waiting for; the two $2 scratches.I won't drag it out, the answer is no. I didn't win anything. Not a cent. Here I am having just bought the scratchies, stuffed full of hope and dizzying potential. 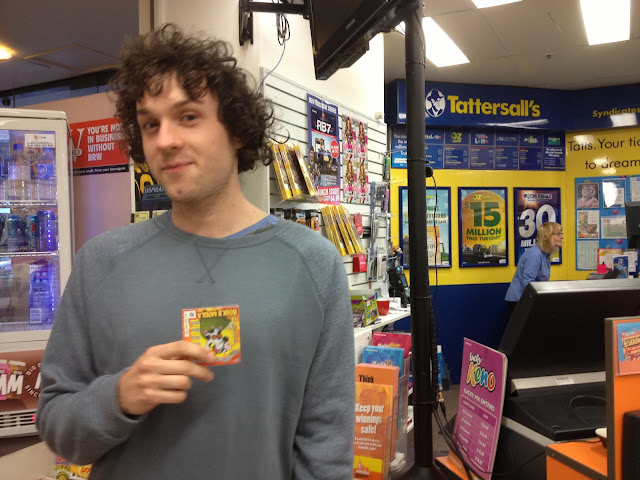 And here I am after scratching them. 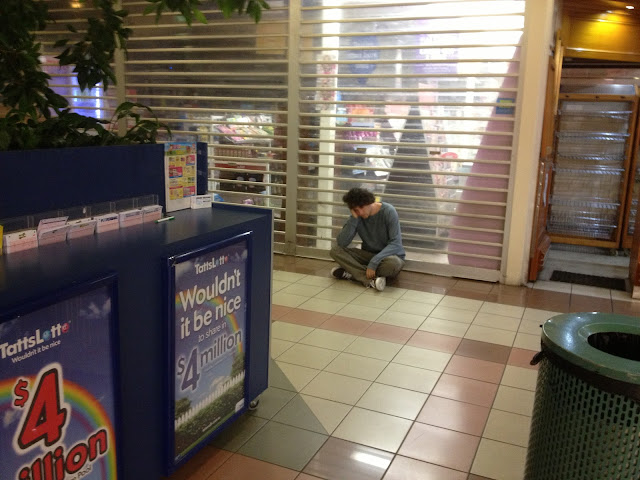 But hey, good news for you. There's no better time to buy a scratchie as there's now two less non-winning ones in the world. So yeah, go get one, and if you win please send me $4 to cover my losses.Thanks for reading, have fun but just remember, when you get the lucky itch you shouldn't always scratchie it.
Posted by Kenny Pittock