Hey, so I figured it's about time I wrote on here about my piece, Petrol Station everyday of 2011.

So ok, basically I took a photo of the Ferntree Gully petrol station every day of 2011.

That's pretty much it.

Here's an example of some of the photos. 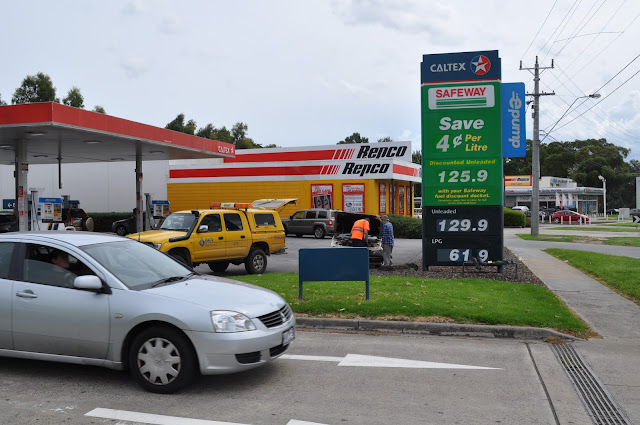 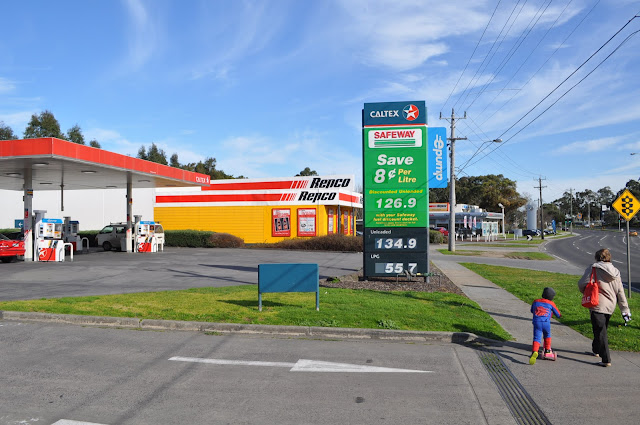 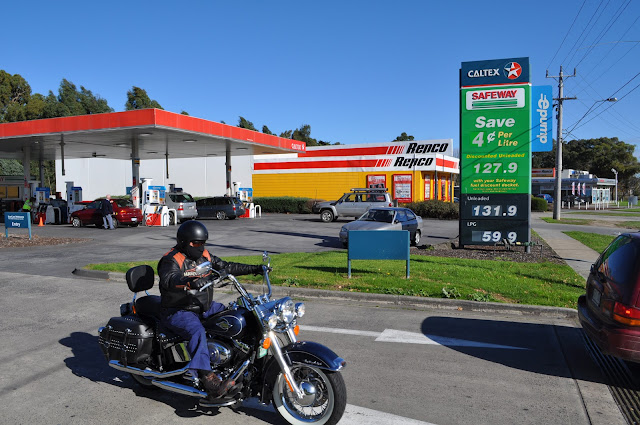 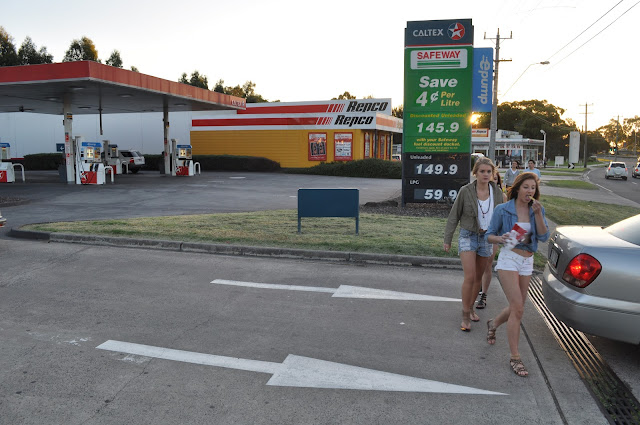 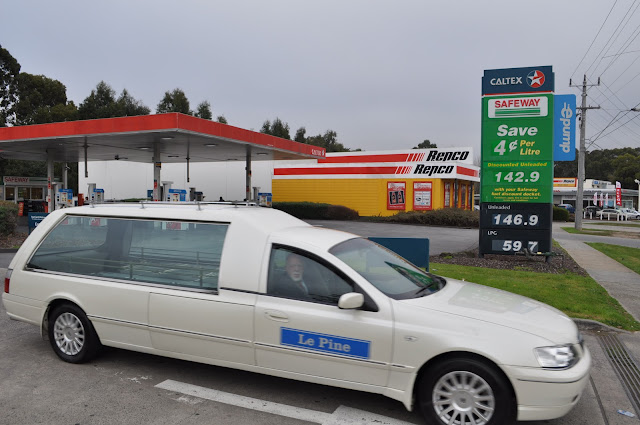 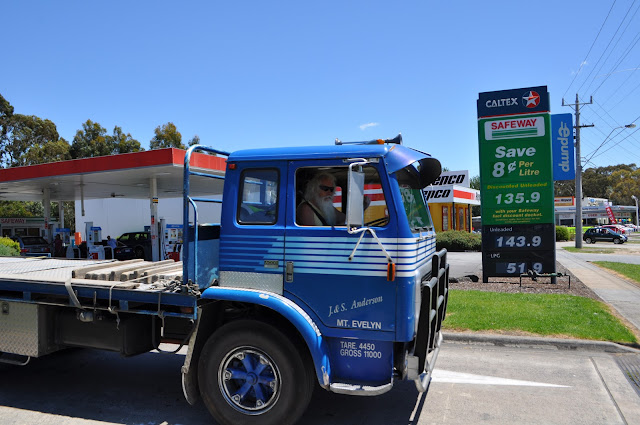 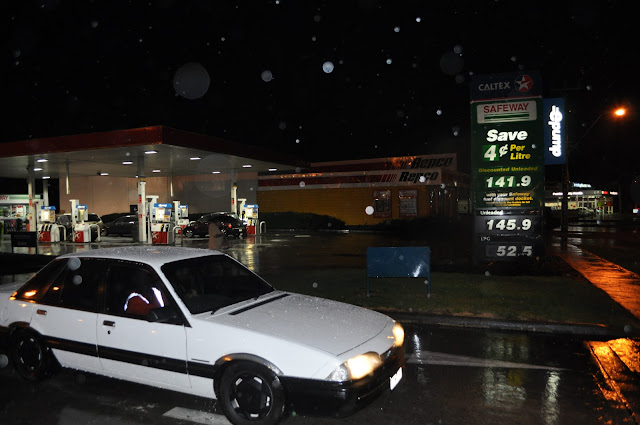 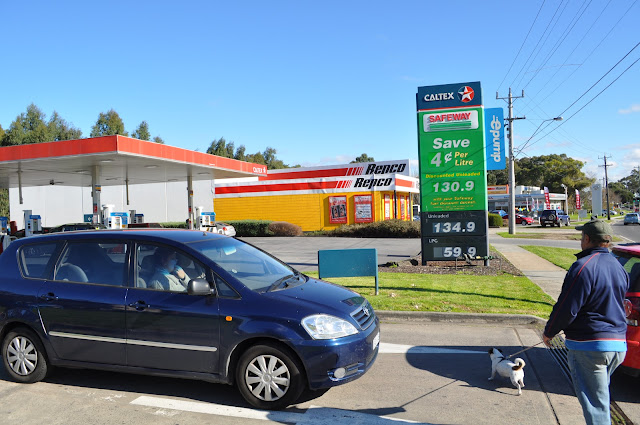 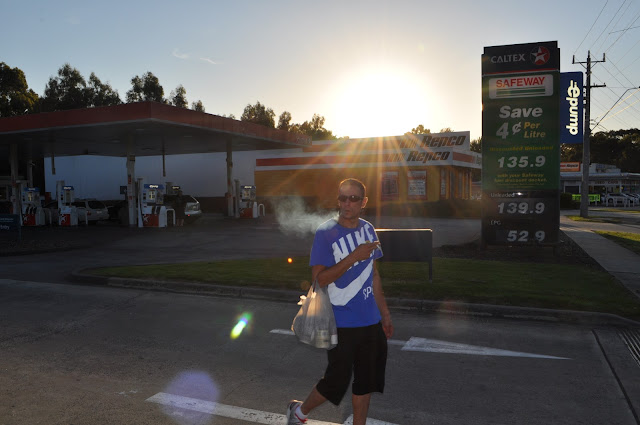 I exhibited the work in July 2012 in a show called ANYTHING, EVERYTHING AND ONE OTHER THING, curated by Tom Polo at Sydney gallery Alaska Projects.

For the show I presented the photographs in a traditional slideshow format, with the images playing through on a loop in chronological order, and projected on an intimate scale and very low to the ground. 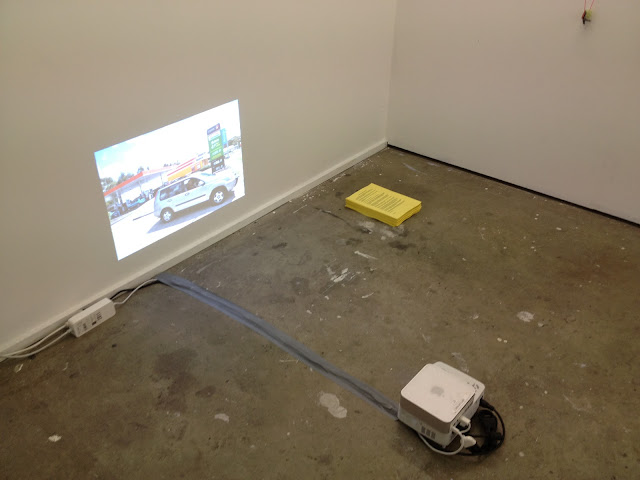 Alaska Projects was a particularly ideal space to show the work as Alaska's situated deep in an underground public car park.

The 365 image slideshow makes up half of the work, the other half is a text piece.

The text piece is an explanation and anecdote of the reality of going through with this idea.

In 2011 I photographed my petrol station every day, from January 1st to December 31st. Every photo was taken with a Nikon d90 DSLR using an 18-55ml lens, standing in the same spot.

The petrol station is a 5 minute drive from my house, and an hour away from Melbourne city and the university I attend full time.

When approached I would say I was a commerce student documenting the petrol prices for uni.

I had to stop buying my petrol there.

My friends became mad with me for missing so many parties.


I had to cut short hot dates and once devastatingly turned down a free holiday with my girlfriend. It was funny for a while but eventually gave the impression I’d never prioritize her over my art, which is a truly difficult problem to overcome.

In July I went to Tasmania. The flight was at 7am so I took the photo at 5am. Taking that photo meant that the night before I couldn’t sleep closer to the airport with the people I was going with. It also meant I could only stay in Tasmania for one night.

For about two months I was sick. Once I didn’t get out of bed until 9pm, the only thing I did that day was take the photo.

In November I thought I had appendicitis, I spent the night in the Emergency Room and all I could think was that if I needed surgery I’d miss my photo.

In June my camera needed repairing so I had to keep re-borrowing the schools every day, anxiously hoping no-one else wanted it. This was the time of Japan’s radiation problem and that’s where the parts come from so the repairing took weeks. The exact thing happened again with my lens.

Taking these photos was a stressful and punishing burden on my life. I once saw a Dilbert calendar that said, “Goals are a form of self inflicted slavery”.

For ANYTHING, EVERY THING AND ONE OTHER THING, I printed off exactly 365 copies of the text piece, and stacked them in a pile next to the projector. 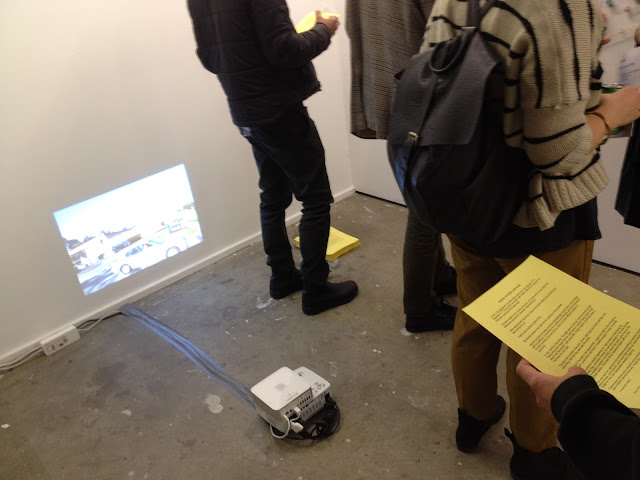 Petrol station everyday of 2011 was also included in the latest issue of Un Magazine.

For Un I presented the text alongside only twelve of the photographs, one from each month of the year. 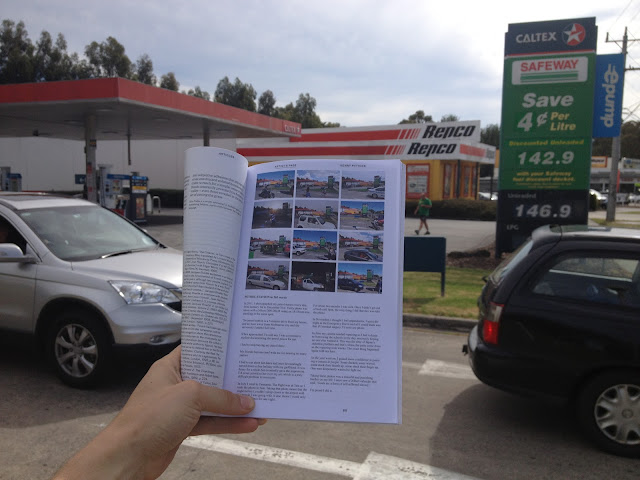 There's a lot more I could say about this, but that's probably enough for now. 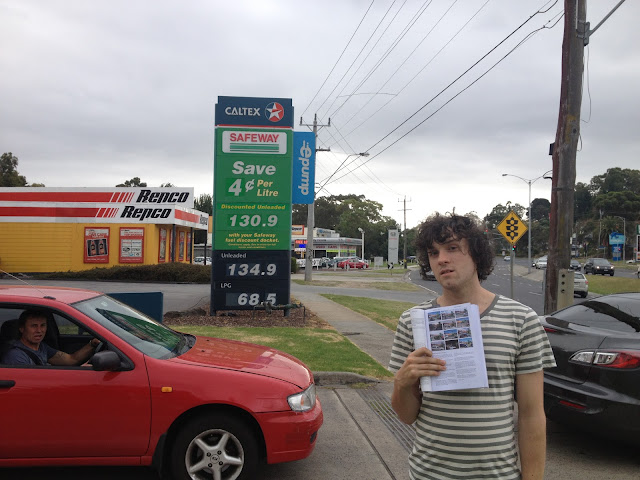 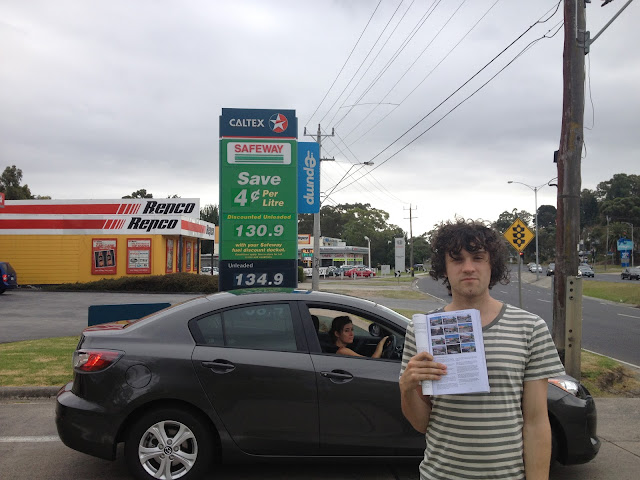 Oh, I also made a calendar out of the photos and gave it to my brother for Christmas. 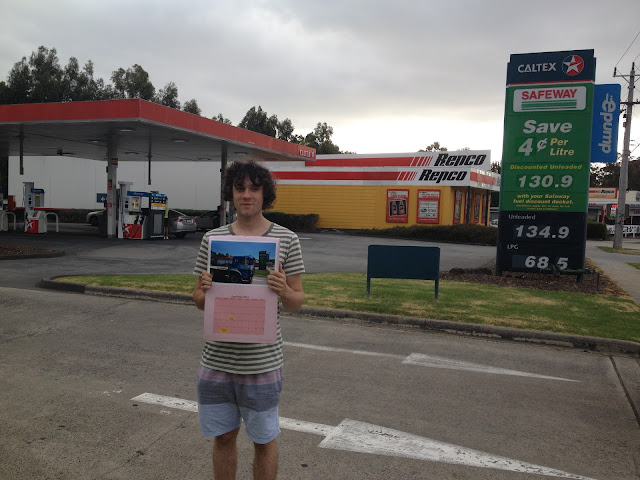 Thanks for reading. See you soon.
Posted by Kenny Pittock