ONE SMALL SNACK FOR MAN, ONE GIANT FEAST FOR MANKIND

Here's something I drew around 3 this morning, when really I should've been sleeping. I was rugged up in two jackets, while sitting outside underneath the stars and the censor light.

That's me being pushed into a rocket ship. 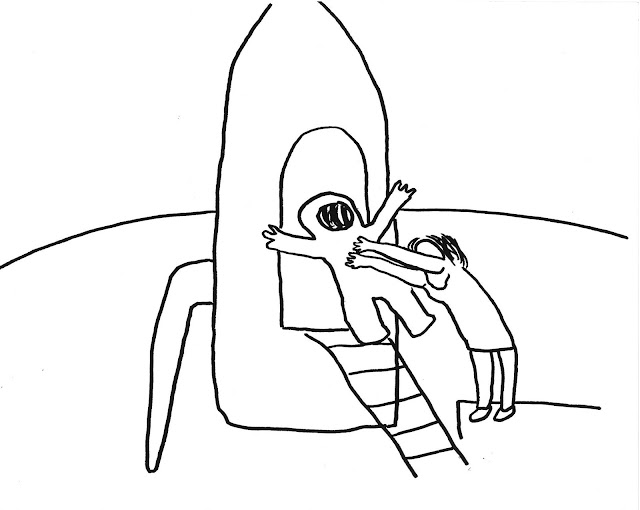 This is a drawing about me not wanting space.

I was feeling pretty lonely.

Despite all my carrying on though space isn't all bad, in fact I've always loved space and often wish I were an astronaut. One day I will be.

In the meantime though I just finished a new work in celebration of NASA's recent successful landing of the Curiosity Voyager onto the surface of Mars.

I still can't get over how awesome that is.

The work is acrylic on ceramic. 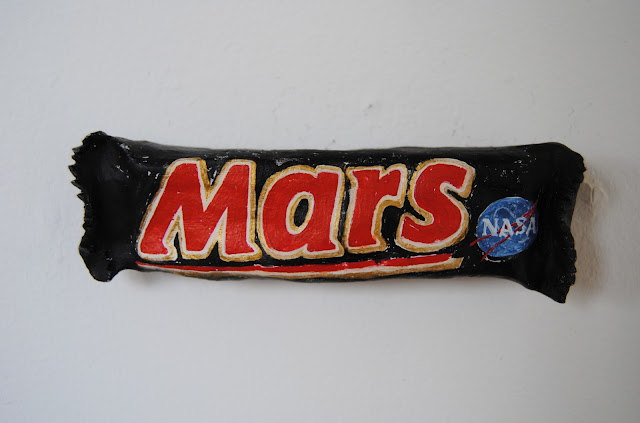 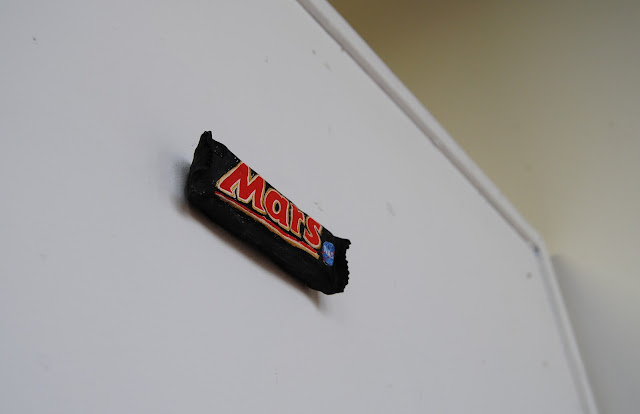 Did you know that Mars bars are made using RAINFOREST ALLIANCE CERTIFIED COCOA?

But apparently they are, it's written right there on the front of the wrapper.

For this work though rather than paint the little thing that tells you about the COCOA I decided instead to paint the NASA logo in it's place.

Here it is at my supermarket. 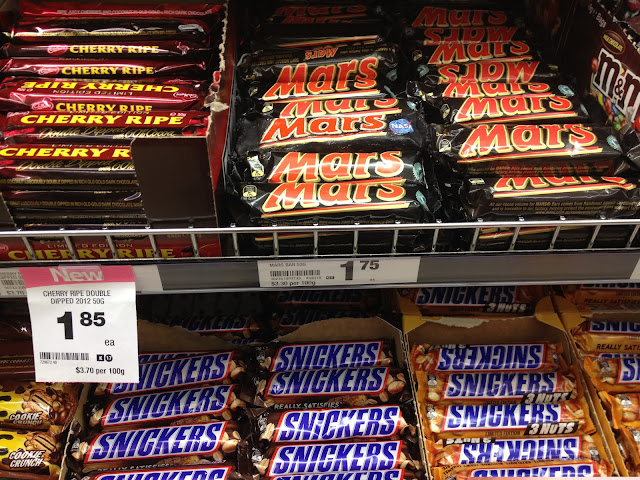 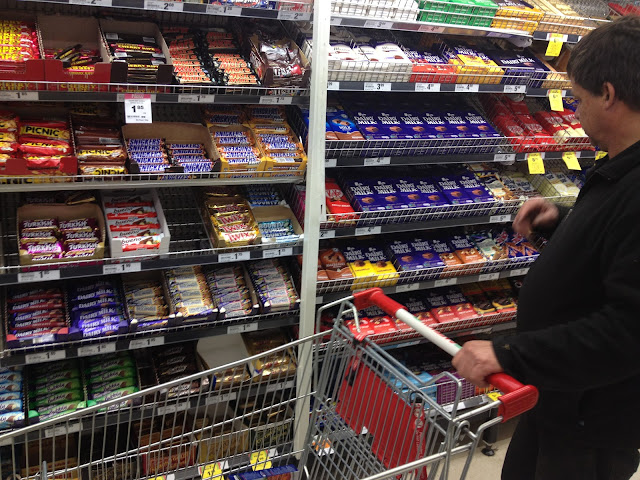 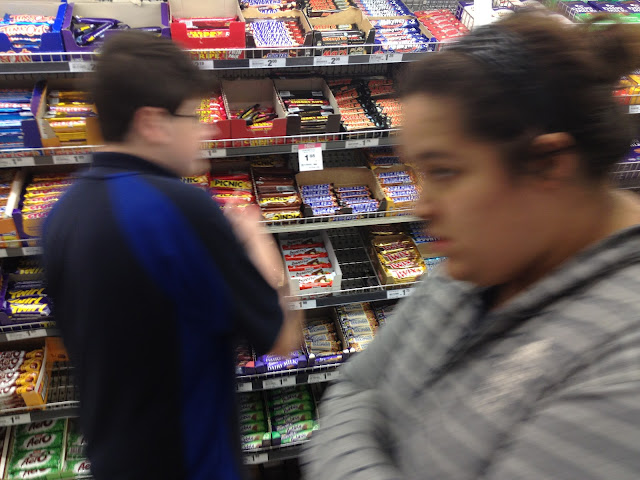 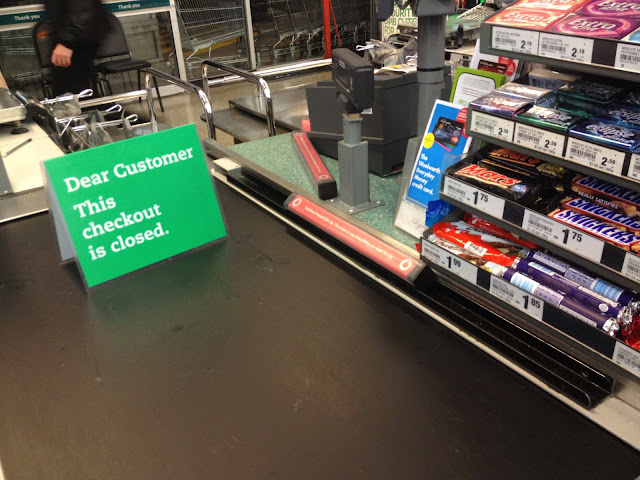 And finally, as a little tribute to the great Neil Armstrong, who sadly passed away yesterday at age 82, here's a thing I did back in 2010.


It's a self portrait of me as the first man on Mars. 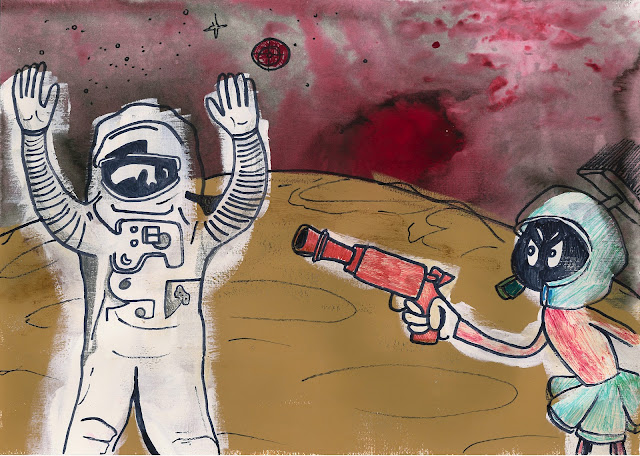 (Acrylic, ink and marker on textured canvas paper. 29.7 x 42 cm.)
Last week I heard it reported that if all goes to plan then apparently the children who are in kindergarten right now are actually in the correct age bracket to become the first astronauts to walk on Mars.

Who knows, maybe the first person to walk on Mars will be this girl, who just this morning walked by my Mars bar. 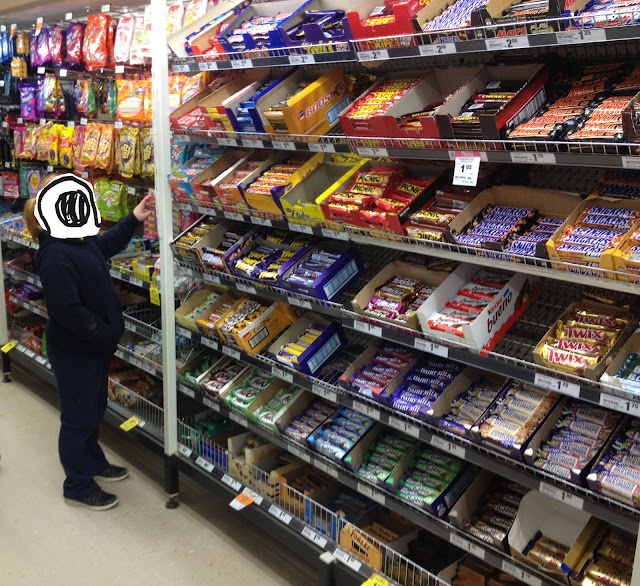 It doesn't take a rocket scientist to realise that we're living in unbelievably exciting times.

Watch this space.
Posted by kennypittock